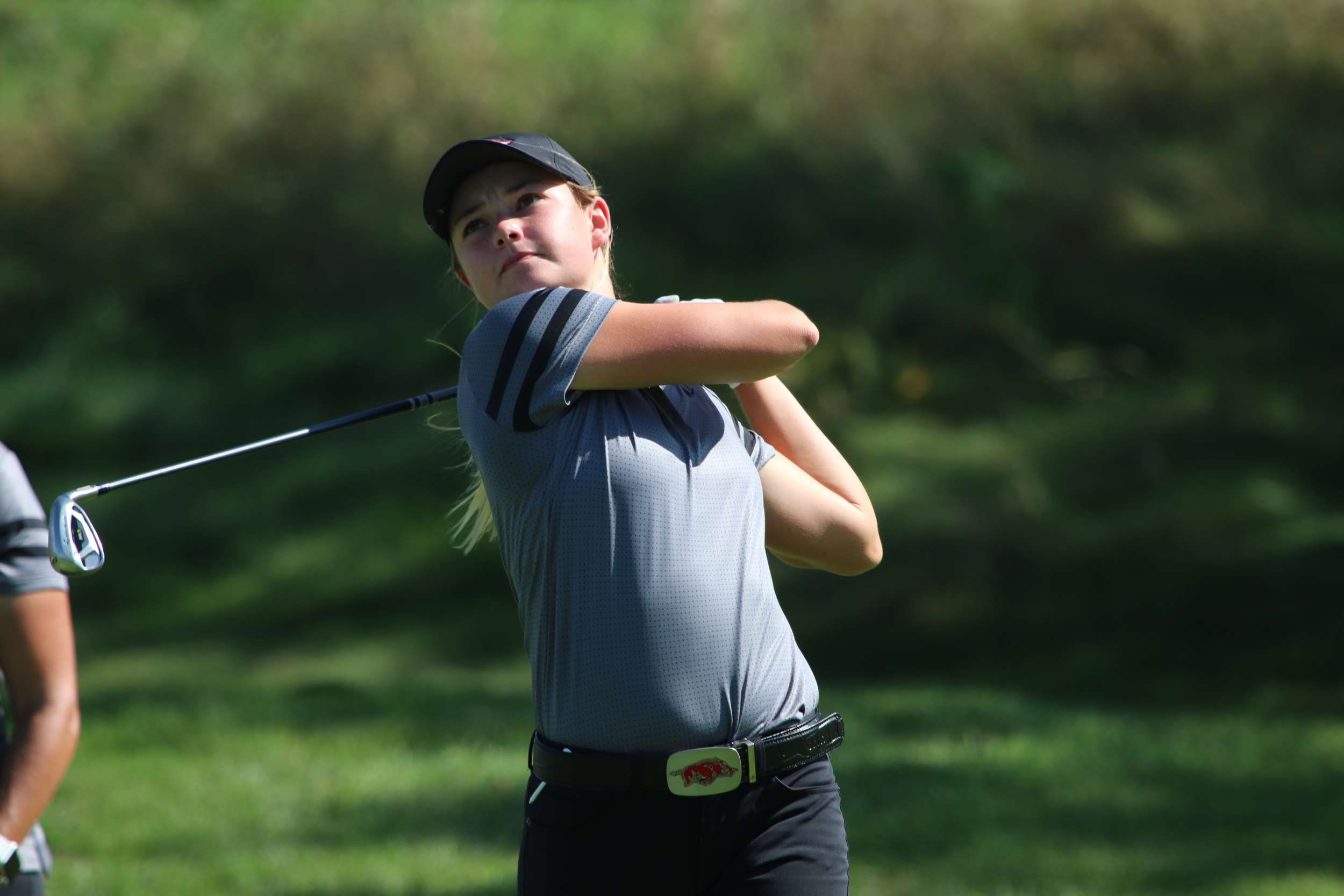 No. 18 Arkansas Women’s Golf In Fifth After 36 Holes at Cougar Classic

HANAHAN, SC – No. 18 Arkansas Women’s Golf played two steady rounds of golf during day one of the Cougar Classic, shooting 575 (287, 288), good enough for a share of fifth place. As a team, the Hogs came in at one-under-par after 36 holes of play, 15 strokes off of the lead and one stroke behind fourth-place Florida State.

Redshirt sophomore Brooke Matthews currently leads the Hogs, as she is even after two rounds, good enough for a piece of 23rd place. Matthews’ consistent play was key for the Razorbacks during their first two rounds of the season, as she was one-under during round one and just one-over during round two. She is currently 10 strokes off the lead and three strokes out from the top-10.

Following right behind Matthews were freshman Kajal Mistry and senior Grace St-Germain, who both carded one-over-par scores following two rounds of play. Mistry’s first round of collegiate golf was solid – she fired five birdies, but also bogeyed five holes to bring her score back to even. She was one-over in her second round of the day. St-Germain, meanwhile, finished strong at the end of the second round, moving up six spots after the first round of play courtesy of the at-par round she carded on the second 18 she played.

Arkansas’ two other freshmen, Ela Anacona and Julia Gregg, also enjoyed solid debuts, as they shot 146 and 147, respectively. Anacona was excellent in round one, carding a 71 over her first 18 holes of collegiate golf. Her second round of 75, though, moved her down the leaderboard, as she currently sits tied for 37th. After a first-round 77, Gregg showed excellent poise in round two, posting a 70, the low round by a Razorback on the day.