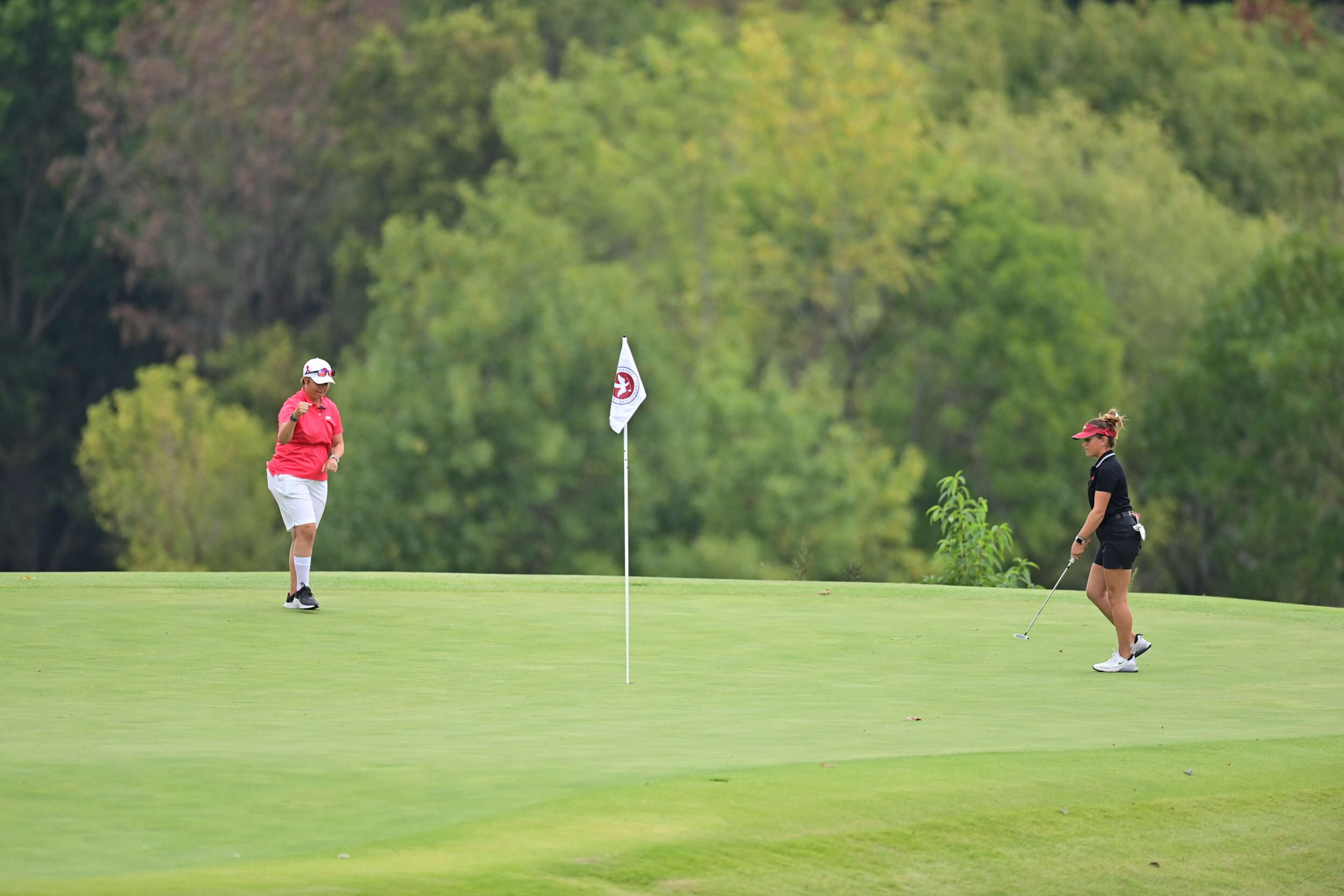 No. 2 Arkansas In Striking Distance

WEST POINT, Miss. – The second-ranked University of Arkansas women’s golf team is in striking distance after round one action at The Ally at Old Waverly in West Point, Miss., Monday.

The Razorbacks fired a 1-under 287 in the SEC-loaded field with two rounds remaining in the final fall event of the year. The best Razorback round of the day belongs to sophomore Miriam Ayora who posted a collegiate-best round five-under 67. Playing as an individual, Ayora finished the day in third place overall. The Barcelona, Spain, native played the front nine-five under with three consecutive birdies before the turn.

Sophomore Kajal Mistry and junior Julia Gregg paced Arkansas carding 1-under 71s to open play. Mistry, making her fourth start in as many events, played the front nine 3-under with four birdies and a bogey. It is her fifth sub-par round of the fall, and she is on track to record her third top-15 finish of the season.

Gregg is tied with Mistry for 15th overall after one round. The Farmer’s Branch, Texas, junior posted her fourth-best round of the year. Gregg has two top-14 finishes this fall and closed her round with two birdies on the second nine.

Junior Ela Anacona finished the day T21st with an even-par 72 in her second event of the season. Anncona sandwiched two bogeys between two birdies on Monday. Sophomore Cory Lopez has back-to-back top-5 finishes and counted a 73 in round one. The Monterrey, Mexico, native rallied on the back nine playing 1-under with two birdies in her final three holes.

Senior Brooke Matthews rounded out the Arkansas counting players with a 2-over 74. Matthews is in the midst of a busy fall that includes moving through the first two rounds of LPGA Q School. The Razorback senior flew to Mississippi directly from Stage II in Venice, Fla., where she finished 3-under to move on in the Q-Series.

Play continues Tuesday and Wednesday to wrap up the fall season.

More Information
Keep up with all of the latest news and information and get behind the scenes looks into our program on our social media accounts. Follow us on Twitter at @RazorbackWGolf and check out our Facebook page “Razorback Women’s Golf.” Stats, news and player information can be found at ArkansasRazorbacks.com