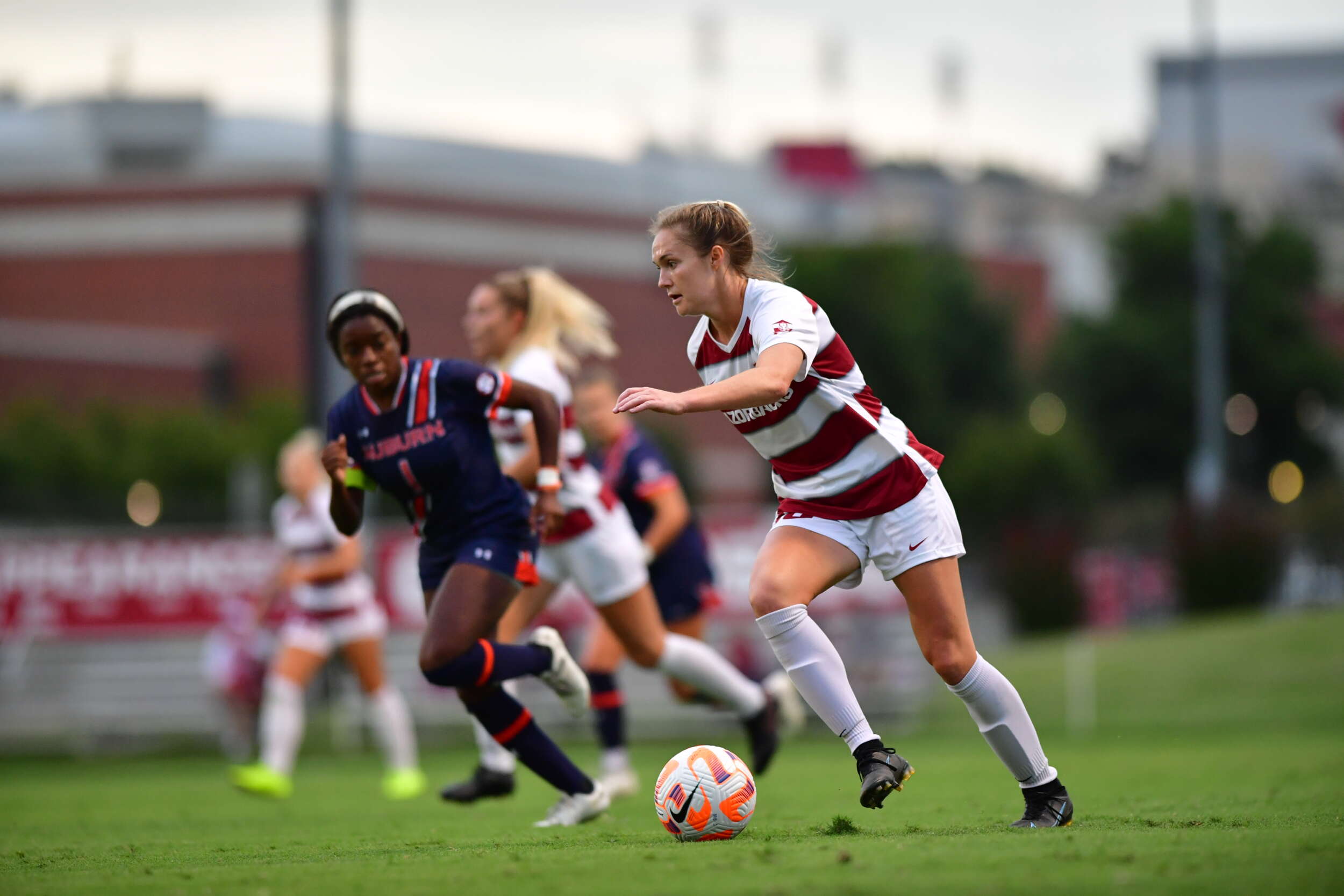 “She’s still got a year and a half left,” coach Colby Hale said. “It may be a record no one ever breaks.”

Senior Jessica De Filippo recorded the match’s first shot at the 3:11 mark. The Hogs went on to record six more in the half without finding the back of the net. Arkansas held the Tigers to just two shots in the first 45 minutes, an opponent’s lowest first half total since Virginia Tech tallied one shot in last season’s NCAA Tournament match on November 19, 2021.

De Filippo found the back of the net 10 minutes into the second half and notched her third career game-winning goal. After some back-and-forth passing in front of the Arkansas bench, Podojil took a ball from junior Ava Tankersley down the far sideline and sent a dangerously low cross into the box where De Filippo was waiting.

De Filippo redirected the ball with her right foot and tucked the shot into the bottom of the net for her fourth goal of the season, tying Podojil for the team lead.

“Moving Jess to attacking mid made a big difference,” Hale said. “We only scored one goal and we have to score more goals, but I thought overall the offensive production was better. That was a perfect ball and a great finish.”

Arkansas finished the match outshooting the Tigers 21-6, with 14 of those 21 shots coming in the second half. De Filippo accounted for eight of the Hogs’ shots and bested her previous career high of five.

With the win, Arkansas extended its home victory streak to 16 and improved to 52-9-2 at Razorback Field since 2016.