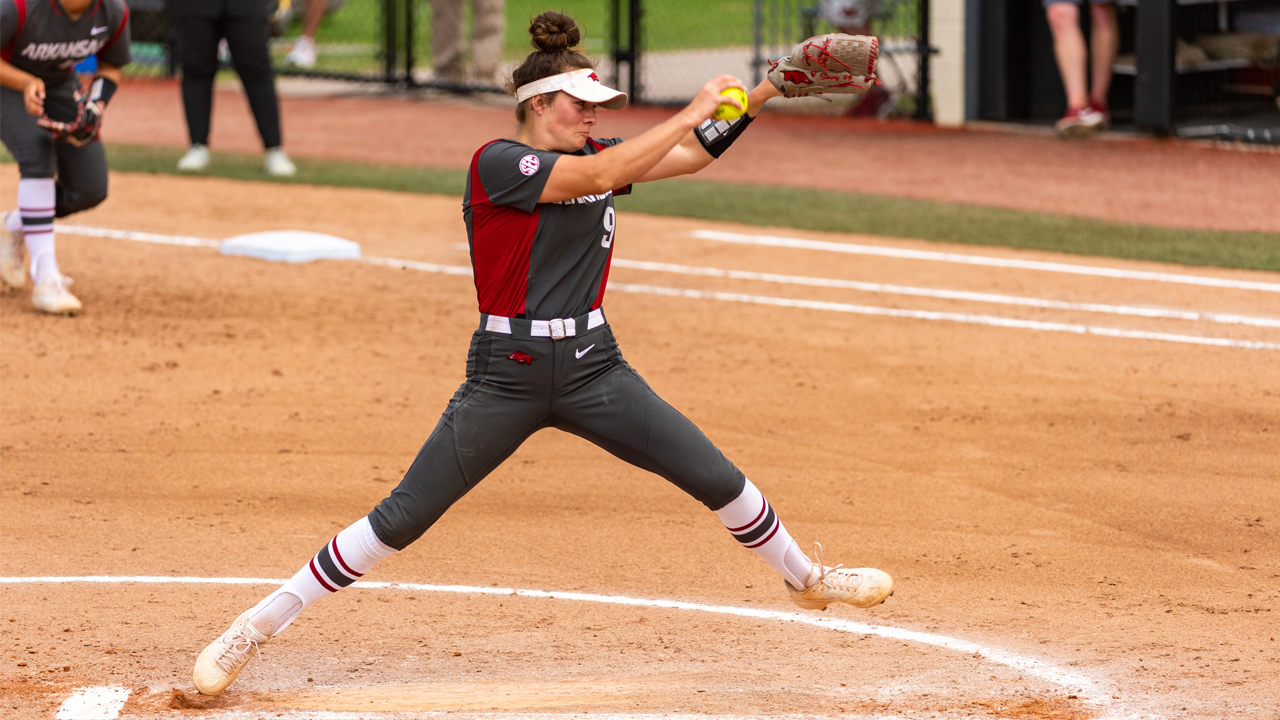 FAYETTEVILLE – The University of Arkansas softball team begins its 2020 campaign with a five-game weekend at the Troy Cox Classic hosted by New Mexico State from Friday, Feb. 7 through Sunday, Feb. 9. The Razorbacks will take on UTEP, Nebraska and the host Aggies once and face Bradley two times.

The Razorbacks have been tabbed in the top 25 in five different national preseason polls.

Softball America listed senior Autumn Storms as one of the top 10 players in the SEC in their “2020 SEC Player Power Rankings.” The Second Team All-American came in at No. 31 in SA’s College Top 100 after earning a 1.63 ERA and 172 strikeouts last year. She also found herself on Softball America’s Third-Team Preseason All-American list. Including Storms, the Razorbacks have four players ranked in SA’s College Top 100, which is the second most for an SEC school be­hind Alabama. Pitcher Mary Haff (No. 45), power hitter Danielle Gibson (No. 61) and the 2019 SEC hits leader Hannah McEwen (No. 69) all made the top 70. In addition to her spot on the Preseason All-SEC team and SA’s College Top 100, McEwen also found herself selected Second-Team Preseason All-American by D1Softball.com.

Returning All-SEC selections, Storms and McEwen, were named to the 13th annual Preseason All-SEC Team. McEwen was a first team selection last season and finished fifth in the conference in batting average (.386) and third in hits (73). Storms earned a second team nod and was fourth in ERA (1.63) and fifth in strikeouts (172) in the SEC.

Bradley – Arkansas is 3-0 against Bradley but will be meeting for the first time outside of Fayetteville. The Razorbacks and Braves last met in 2014 with Arkansas pulling out a 9-1 victory.

New Mexico State – The Aggies have a slight 2-1 lead in the series which has not been played since 2005. NMSU was victorious 8-3 in the last meeting, while Arkansas claimed the first matchup in 1999, 6-2. Every game of the series has been played in Las Cruces.

Nebraska – After dropping the first two games of the series, Arkansas has won the last four games to hold a 4-2 series edge against the Cornhuskers. The two last met in 2017 and Arkansas earned a 2-0 win.