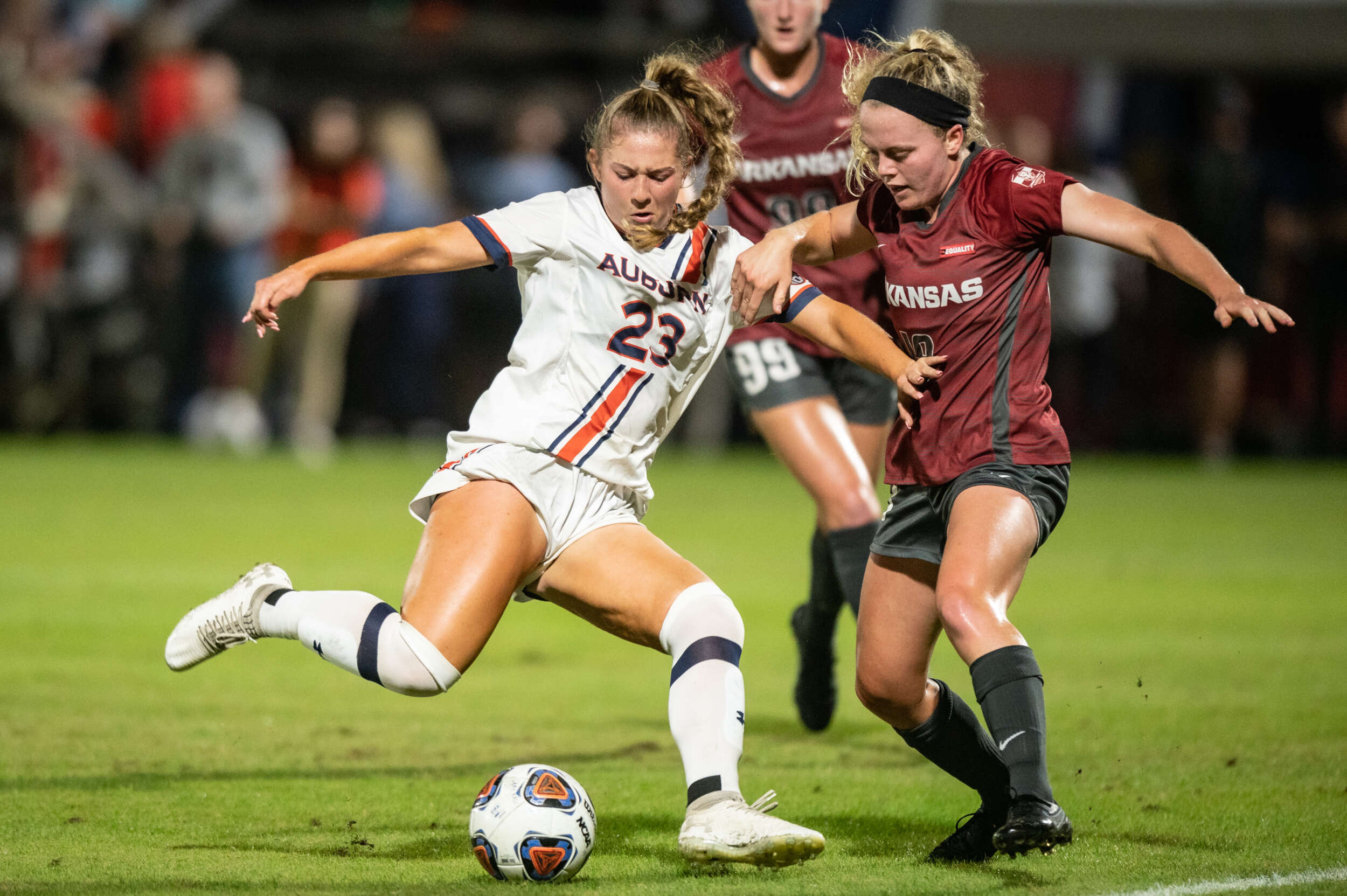 AUBURN, Ala. – Arkansas soccer (13-2-0, 8-0-0 SEC) continued its historic run, winning its 13th straight match and 12th straight SEC road game. The fourth-ranked Hogs took down No. 19 Auburn, 2-0, to stay atop the conference standings. The Razorbacks also clinched a share of the SEC title, their third straight.

It took 35 minutes before either team got on the board. Junior Anna Podojil notched the Hogs’ first goal of the evening after a free kick was sent in from midfielder Kayla McKeon. An Auburn defender deflected it to senior Bryana Hunter, where she found it and linked with Podojil at the top of the six-yard box. Podojil took advantage of the empty net and scored her 10th goal of the season.

The Hogs went into halftime with a 1-0 lead, outshooting the Tigers 6-4.

Arkansas applied pressure to start the second half, firing off three shots in a matter of minutes. It wasn’t until the 70th minute that the Razorbacks extended their lead.

After a deflected throw-in near midfield Taylor Malham launched it where she connected with fellow senior McKeon in the 18-yard box. McKeon fired off her left foot, past the Auburn goalie to the far post.

Arkansas finished the match outshooting the Tigers 16-6, and have now outscored their last 13 opponents 46-6.

Senior keeper Hannah Warner and the Razorbacks recorded their seventh shutout of the season.

“It was a hard-earned result. Auburn came out flying and we had to take their best shot early. As it went along I thought we got ahold of the match. We won at least a share of the SEC. That’s three straight SEC championships. I know the team wants more but we will enjoy this tonight.”

The Razorbacks return for their last regular-season home match, hosting Mississippi State on Sunday, Oct. 24. First kick is set for 6 p.m. and the match will be streamed on SEC Network+