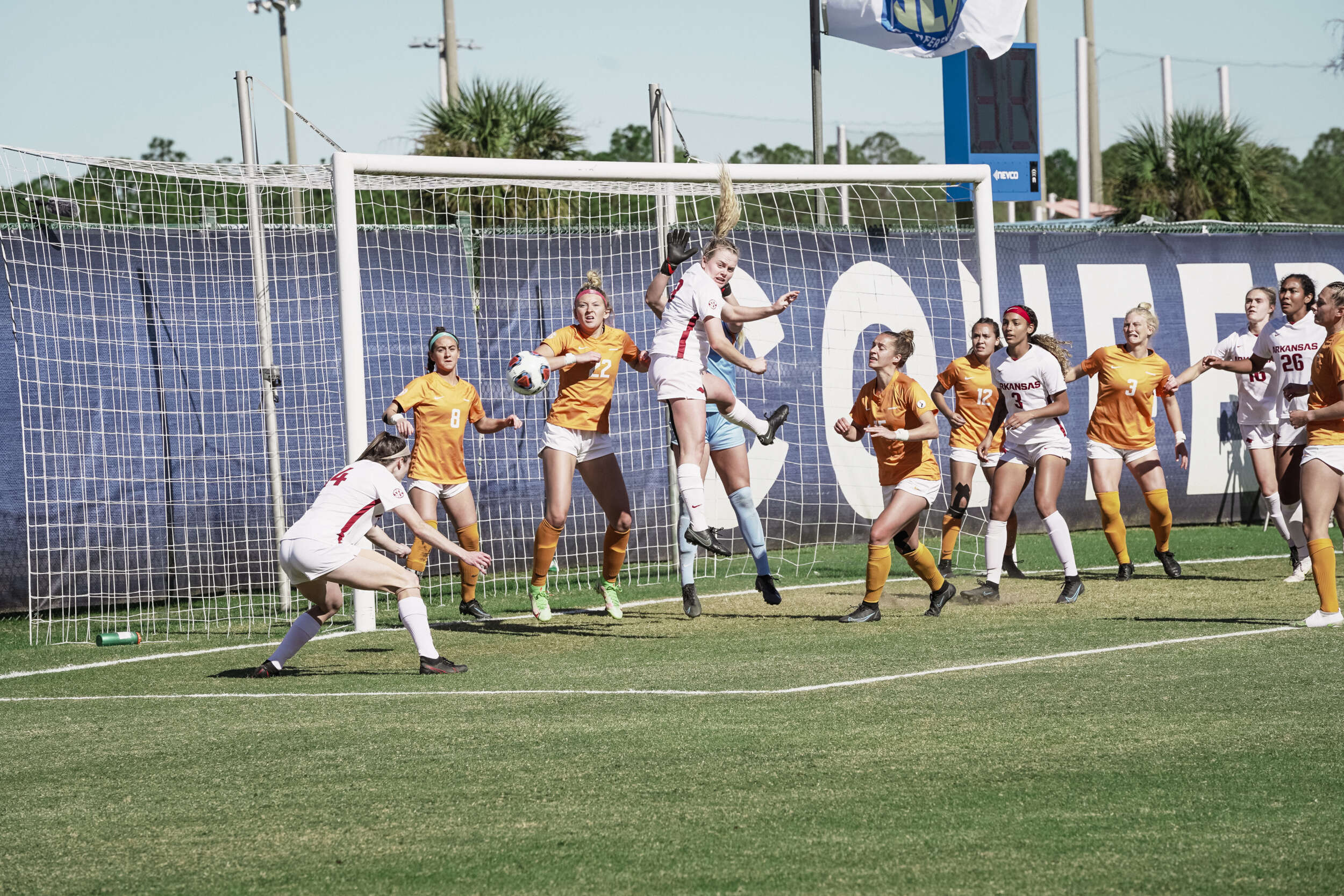 ORANGE BEACH, Ala. – The top-seeded Arkansas soccer team (16-4-0) dropped the SEC Tournament championship game against two-seed Tennessee, 3-0, at the Orange Beach Sportsplex in Orange Beach, Ala. The No. 5 nationally-ranked Razorbacks made their sixth straight finals appearance, and now await their NCAA Tournament seeding, which will be announced on Monday, Nov. 8.

McKeon tied for the team-lead scoring two goals in the tournament, both coming in the semifinal win versus Auburn. VanFossen played all but nine minutes of the tournament in the Hogs’ back line, while Goins fired 10 shots and assisted in forward Anna Podojil’s first goal against LSU.

The Vols grabbed a late first half lead in the 43rd minute with a score by defender Wrenne French after she headed in after a corner service from Hannah Tillett.

Tennessee doubled its lead in the 51st minute with a goal from tournament MVP Jaida Thomas. The final goal came from Tillett in the 68th minute to put it away.

Here it from Coach Hale

“First, congrats to Tennessee. We played with some weight on our shoulders I wish we didn’t have. The good news is that is in relation to Orange Beach. We won the league outright, we got to another final and we are well-positioned for our real goal of making a run to the Final Four. This stings and it will for a day or so. We will regroup and we will be ready for whoever our first round opponent is.

The Razorbacks will learn their NCAA Tournament draw on Monday, Nov. 8 at 3:30 p.m. CT. The selection show will be streamed on NCAA.com.