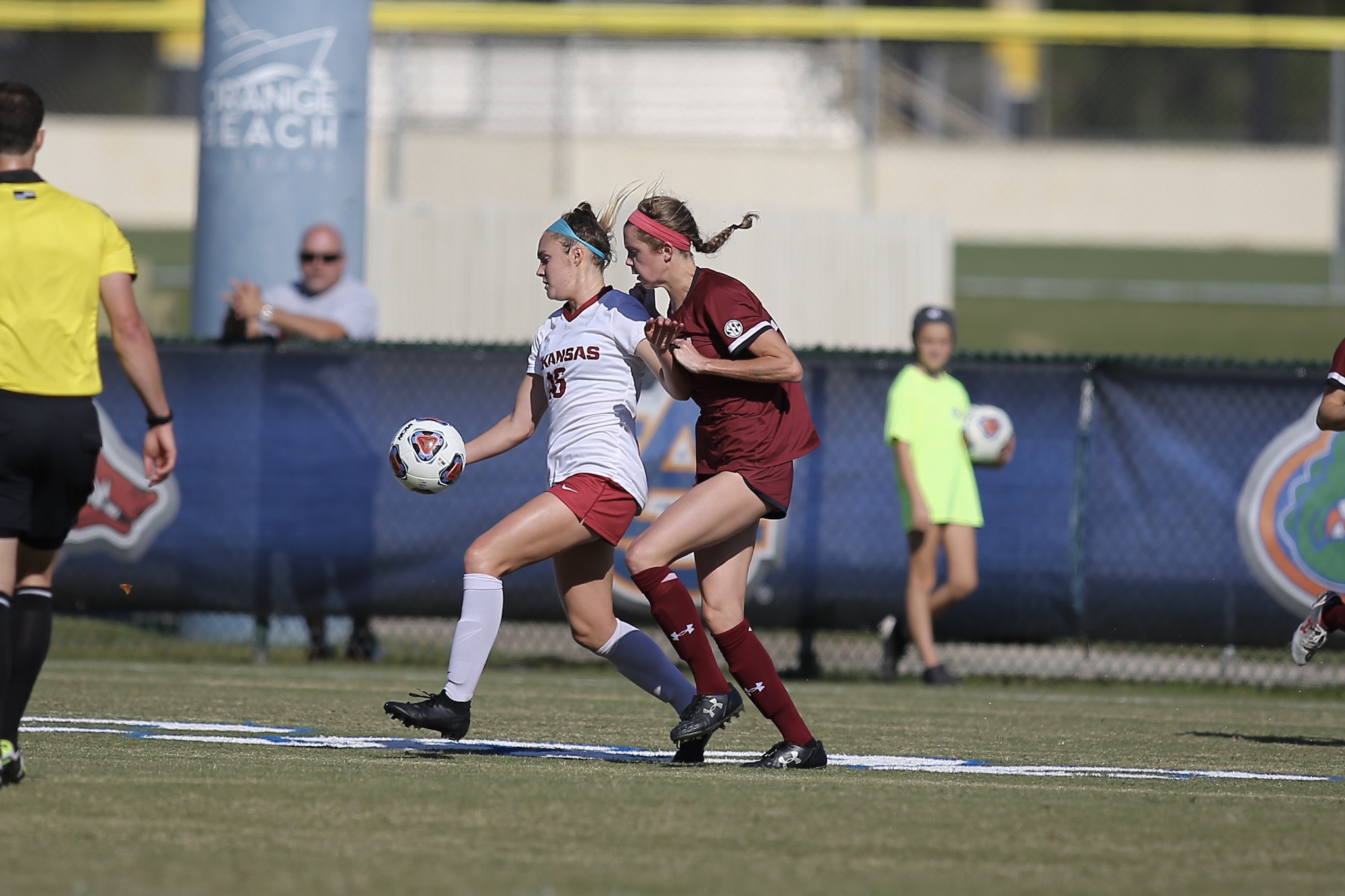 No. 6 Soccer falls in SEC Championship to South Carolina, 1-0

ORANGE BEACH, Ala. – Sixth-ranked Arkansas Soccer (16-3-2) fell to No. 7 South Carolina (16-1-3) on Sunday afternoon in the SEC Tournament Championship. Arkansas outshot the Gamecocks 10-6 in the match. Katie Lund and Anna Podojil were named to the SEC All-Tournament Team for the first time in their careers while Stefani Doyle made the team for the second-straight year.

>> After a cross bounced in the Razorback box, South Carolina was able to put one to the far post in the 27th-minute which proved to be the game-winner.

In the seventh-minute Taylor Malham got the ball in space and played a cross into the box that found Parker Goins but her close-range shot was deflected by a Gamecock defender. South Carolina had a look with a free kick just outside the box in the 14th-minute but Razorback ‘keeper Katie Lund was able to push it over the crossbar.

After Malham had a header go just wide of the target in the 18th-minute, Lund made another save as she pushed a Gamecock shot off the right post to keep South Carolina off the board.

The Gamecocks netted the first goal of the match midway through the half as Arkansas went to the locker room down one, matching South Carolina’s five shots in the opening stanza.

Early in the second half Goins played Anna Podojil into space but her shot went wide left with the Razorbacks controlling much of the ball out of halftime. After multiple decent chances throughout the half, Abbi Neece had a shot deflected by a South Carolina defender with two minutes left as the Hogs couldn’t get the equalizer.

The NCAA Tournament bracket will be announced tomorrow at 3:30 p.m. CT. Fans can watch the selection show on NCAA.com.