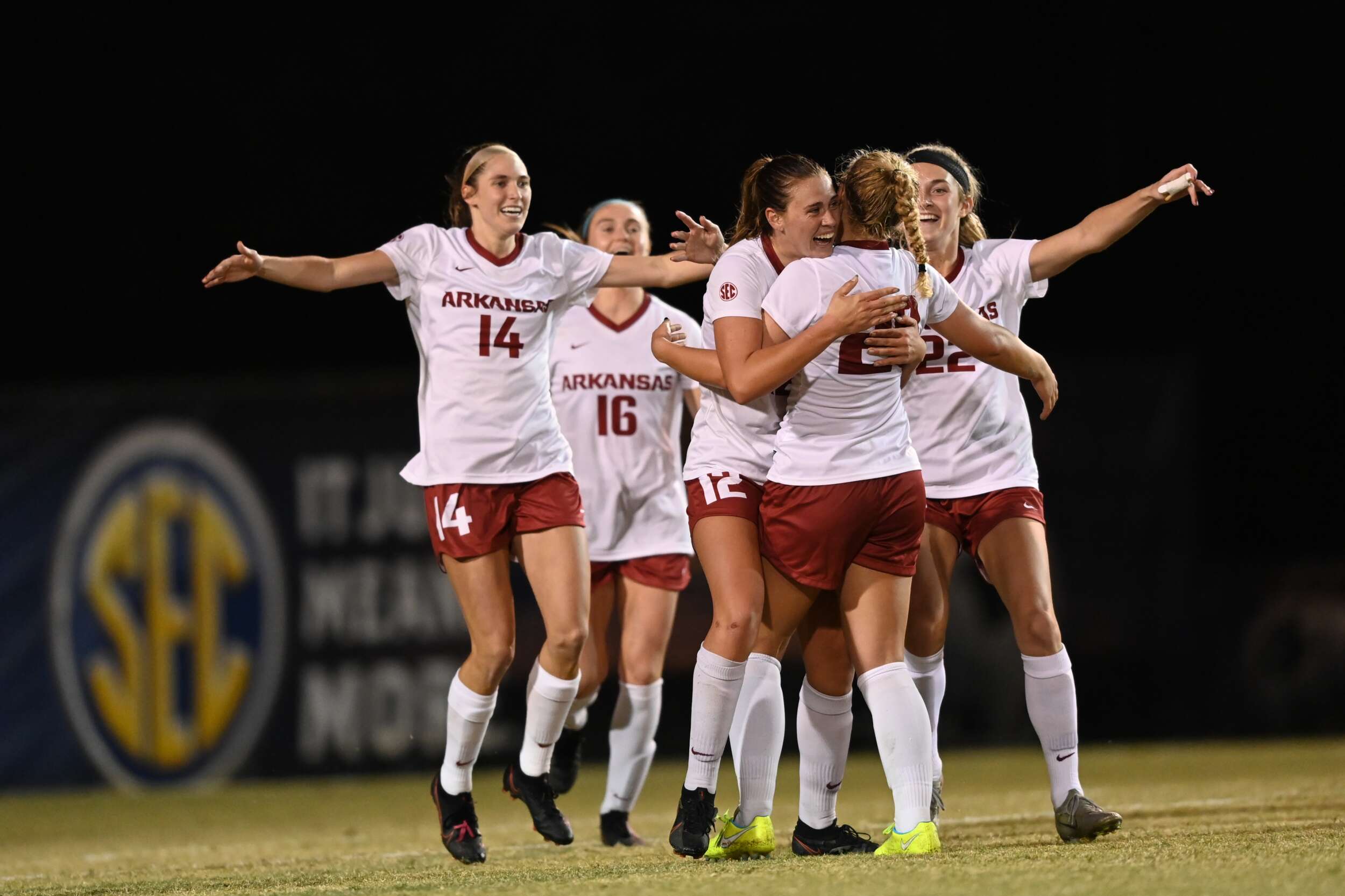 No. 6 Soccer set for SEC Tournament final against Vanderbilt

ORANGE BEACH, Ala. – Sixth-ranked and top-seeded Arkansas Soccer (9-1, 7-1 SEC) is set to face seventh-seeded Vanderbilt (7-4, 5-2 SEC) in the SEC Tournament final on Sunday, Nov. 22.  First kick in Orange Beach is scheduled for 1 p.m. CT and the match will be televised on SEC Network.

The Razorbacks are making their fifth-straight appearance in the championship match and will be looking for their first tournament title. Arkansas last faced the Commodores in Orange Beach in the semifinals at the 2017 SEC Tournament, winning 4-2 in penalty kicks.

Arkansas downed Vanderbilt last season at Razorback Field in a shutout 1-0 victory. Parker Goins netted the game-winner in the 70th-minute and Anna Podojil was awarded an assist.

Vanderbilt upset No. 8 Texas A&M in the semifinals by a score of 3-1. The Commodores got a pair of goals from senior forward Haley Hopkins and Raegan Kelley added her third goal of the year in the 81st-minute. Hopkins is tied for second in the conference this season with five goals.

The Commodore defense is third in the SEC in goals allowed per game (1.18) and fourth in goals-against-average (1.15).

The Razorbacks downed the No. 10 South Carolina Gamecocks on Thursday night in the semifinals, avenging a loss in last year’s tournament final. Two freshman, Caroline Brooks and Emilee Hauser, netted their first career goals to help the Razorbacks advance with a 2-1 victory over the Gamecocks.

>> The Razorbacks are in their fith-straight SEC Tournament championship match. This is the second-straight year Arkansas is the No. 1 seed in Orange Beach.

>> The Razorbacks lead the SEC in goals (23), assists (20) and points (66) this season, with three Razorbacks ranking individually in the top 10 in goals. Anna Podojil’s seven assists rank atop the league lead.

>> Arkansas won its second-straight SEC regular season title in 2020, the only two in program history. The Hogs have gone 15-2-1 against conference opponents in the regular season the last two years.

>> Seven Razorbacks were honored with SEC postseason awards. Anna Podojil was named SEC Forward of the Year and Colby Hale was named SEC Coach of the Year for the second season in-a-row. Arkansas put three on the First Team All-SEC, Kayla McKeon on the Second Team All-SEC and two on the All-Freshman Team.

>> Arkansas also raked in SEC postseason awards in 2019 with head coach Colby Hale taking SEC Coach of the Year, senior Haley VanFossen winning SEC Defender of the Year and Anna Podojil being named SEC Freshman of the Year. All three were program firsts.

>> Parker Goins and Taylor Malham joined Podojil and VanFossen on the All-SEC First Team. It was just the second time in school history that Arkansas put four on the first team in one season.

>> The Hogs are coming off their fourth-straight trip to the NCAA Tournament in 2019 and made it to the second round for the third time in four years. All six NCAA Tournament appearances in school history have come under head coach Colby Hale.