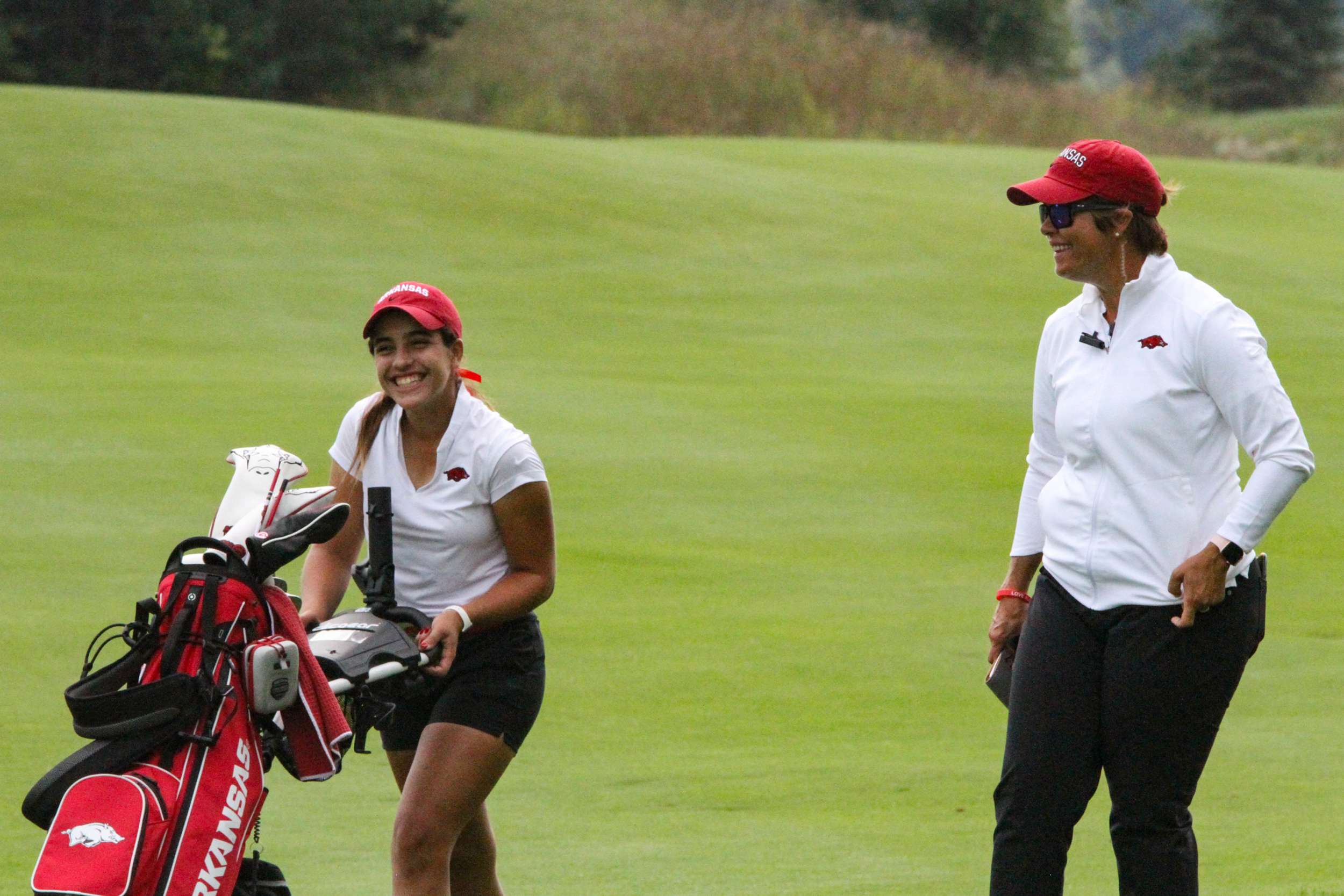 CHAPEL HILL, NC – No. 7 Arkansas Women’s Golf is back out on the road this weekend, as Head Coach Shauna Taylor’s crew heads to Chapel Hill, NC to compete in the Tar Heel Invitational. Coming off of an impressive runner-up finish at the stacked ANNIKA Intercollegiate, Taylor’s young team will look to keep it going at the Tar Heel, where they finished third a season ago.

The Razorbacks will change up their lineup for the first time this season, as true freshman Kajal Mistry will take over the top spot following a dominant performance in Minnesota. Despite it being just her second-ever collegiate event, Mistry fired a five-under, good enough to net her sole possession of fourth place.

Redshirt sophomore Brooke Matthews remains in the lineup, but will play out of the second slot for the first time this season. Matthews has finished in the top-35 in both of her events played this season so far, grabbing a share of 16th place and 32nd place at the Cougar and ANNIKA, respectfully.

After a very solid showing at the ANNIKA, freshman Julia Gregg will compete in her third straight event and will start this one from the third slot in Taylor’s lineup. Gregg was very steady at the ANNIKA, shooting a 219 to register her first collegiate top-20 finish.

Freshman Ela Anacona will play from the fourth slot after a 19th place finish at the ANNIKA. Anacona, like the other two freshmen, is off to a hot start to her collegiate career. She has finished both of her first two events in the top-25.

Junior Maria Hoyos will make her 2019-20 debut at the Tar Heel. Hoyos hasn’t played competitively for the Hogs since last April.