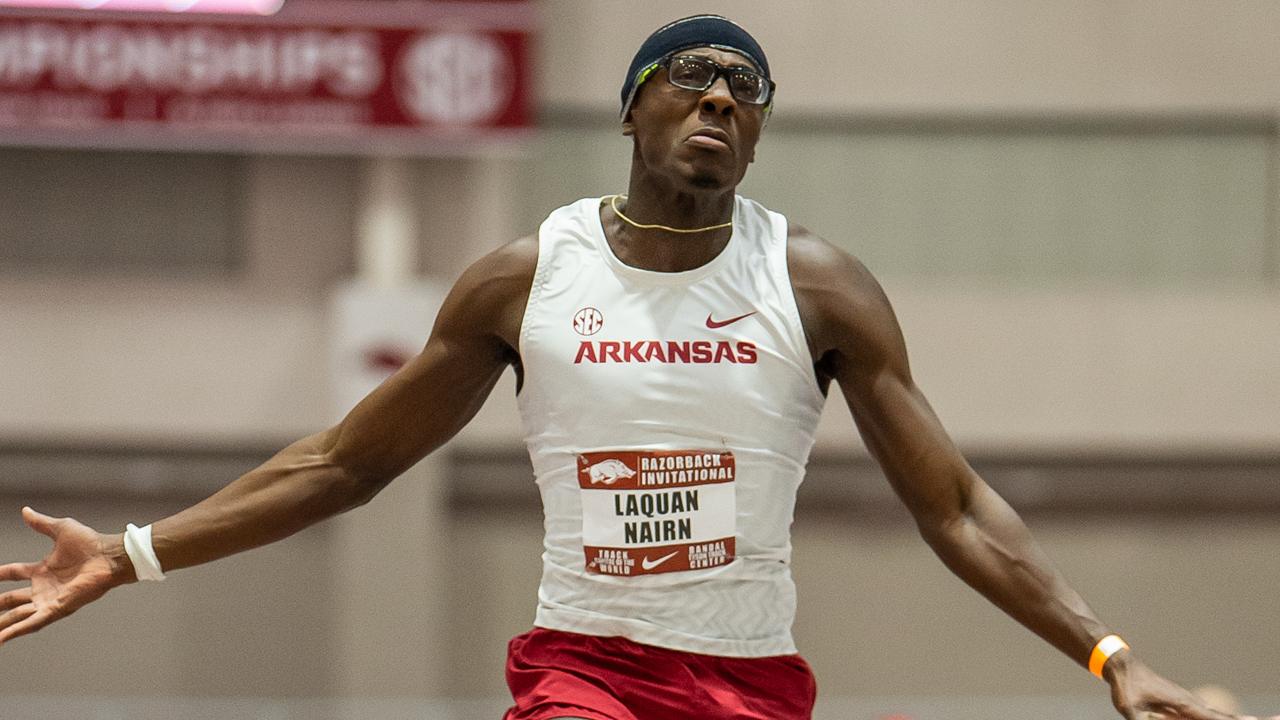 No. 7 Arkansas Posts Pair of Wins at Red Raider Invite

LUBBOCK, Texas – The No. 7 Arkansas men’s track & field team picked up a pair of first-place finishes at the Red Raider Invitational on Friday afternoon at the Sports Performance Center in Lubbock, Texas.

Carl Elliott III captured the 60-meter hurdles by .004 seconds to capture the first crown for the Hogs at the Invitational. Elliott III won the event with a time of 7.795 after finishing fourth in the prelims.

For the second consecutive meet, Laquan Nairn took home a first-place mark, this time in the long jump. Entering the meet with the 11th-best leap in the triple jump in the NCAA, Nairn used a first-attempt mark of 7.69m/25-2.75 to pick up the win and move into ninth in the country in the long jump.

Arkansas put together a 2-3-4 finish in the 400-meters with Jalen Brown leading the pack with a time of 47.33. Lesley Mahlakoane (47.68) and Hunter Woodhall followed him for the top-four finishes.

In the 800-meter run, Kieran Taylor recorded a third-place finish, never holding a spot lower than third with two laps of second-place running, clocking in at 1:49.94. The time moved him into eighth in the men’s indoor qualifying list.

Rashad Boyd posted a fourth-place mark in the 200-meters with a time of 21.27. Tylin Jackson and Rhayko Schwartz led the Hogs in the 200m ‘B’ event, putting together a 5-6 finish. Roman Turner turned in a seventh-place time in the 60-meter final at 6.80.

The Razorbacks will be back in action at home for the Razorback Invitational on Jan. 31-Feb. 1 at the Randal Tyson Indoor Track Center for the third meet of the season.