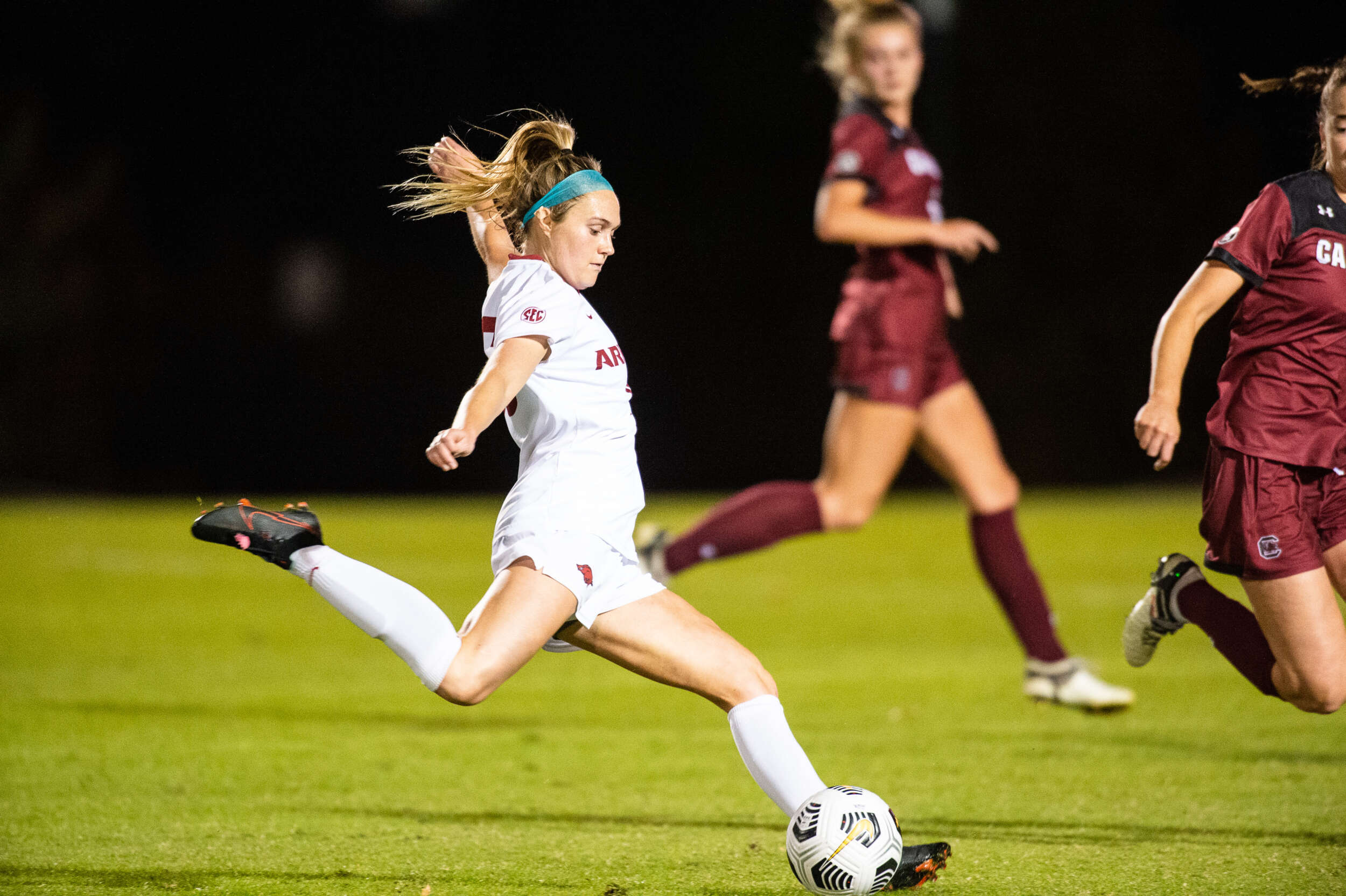 FAYETTEVILLE, Ark. – No. 7 Razorback Soccer (4-1) travels to Mississippi to face the Ole Miss Rebels (2-3) on Sunday, Oct. 25th. First kick in Oxford is set for 3 p.m. CT and the match will be televised on SEC Network.

Arkansas is undefeated on the road this season with wins coming at Kentucky and Alabama. The Razorbacks have won the last three meetings against Ole Miss and are 5-5-1 against the Rebels since head coach Colby Hale took the helm.

Ole Miss earned a 2-0 road victory against Alabama their last time on the pitch on Oct. 18. The Rebels are led by Channing Foster and Saydie Holland who both have a goal to their name this season. Foster was named to the 2019 United Soccer Coaches All-Southeast Region Second Team and All-SEC First Team.

The Razorbacks dropped their first match of the season against the South Carolina Gamecocks on Oct. 16, 2-1. The Gamecocks opened the scoring in the 37th-minute, but Anna Podojil evened the match at 1-1 shortly after the halftime break with her team-leading third goal of the season. South Carolina put away the game winner in the 71st-minute off the boot of Samantha Chang.

>> The Razorbacks are 9-17-2 all-time against Ole Miss but have taken the last three meetings including a 1-0 victory in the SEC Tournament quarterfinals last season. Under head coach Colby Hale, Arkansas is 5-5-1 against the Rebels since 2012.

>> Despite dropping their first match of the season against South Carolina on Friday, the Razorbacks continue to lead the SEC Western Division with nine points and are tied atop the conference standings with the Gamecocks and Texas A&M Aggies.

>> Arkansas came in at No. 7 in this week’s United Soccer Coaches poll. The Razorbacks have been ranked in all five polls released this season.

>> Arkansas raked in SEC postseason awards in 2019 with head coach Colby Hale taking SEC Coach of the Year, senior Haley VanFossen winning SEC Defender of the Year and Anna Podojil being named SEC Freshman of the Year. All three were program firsts.

>> Parker Goins and Taylor Malham joined Podojil and VanFossen on the All-SEC First Team. It was just the second time in school history that Arkansas put four on the first team in one season.

>> The Hogs are coming off their fourth-straight trip to the NCAA Tournament in 2019 and made it to the second round for the third time in four years. All six NCAA Tournament appearances in school history have come under head coach Colby Hale.