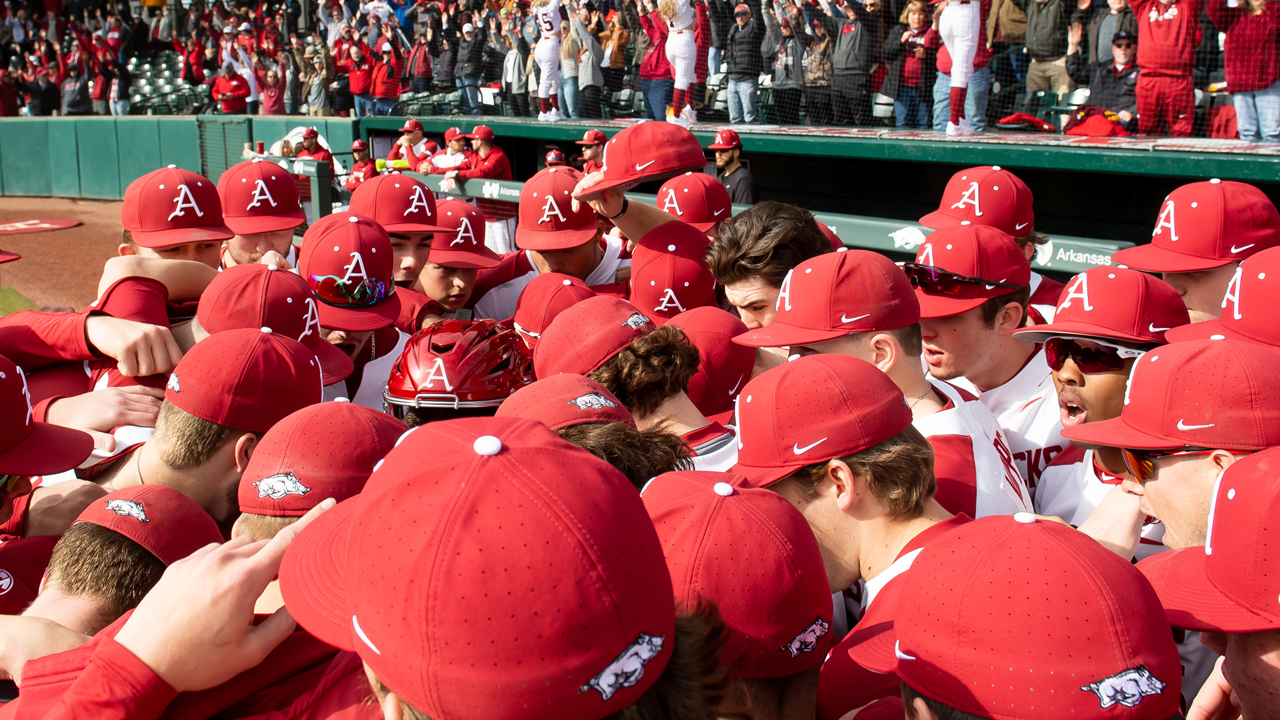 FAYETTEVILLE, Ark. – The No. 7 Arkansas baseball team returns to action with a four-game series against Gonzaga on Feb. 20-23 at Baum-Walker Stadium.

All four games will air live on SEC Network Plus via WatchESPN.com and the ESPN app. The games can also be heard on the Razorback Sports Network from Learfield/IMG, including locally in Fayetteville on 92.1 FM.

It will be the first time the Razorbacks have played the Bulldogs since 2016. Arkansas has never played Gonzaga in a three-game series, let alone a four-game set. The Bulldogs hold a 5-3 advantage in the all-time series, with a 3-2 mark in games played in Fayetteville.

Arkansas is coming off a three-game sweep of Eastern Illinois to open the 2020 season. The Hogs outscored the Panthers, 27-5, in the three games, picking up victories of 5-1, 10-1 and 12-3 for a strong start to the new year. Arkansas put together a .324 clip at the plate in the opening series, tallying 35 hits, 15 for extra bases. The Razorbacks struck out EIU 31 times en route to a 1.33 team ERA and a .206 opponent batting average over the three games, allowing only three extra-base hits.

The Razorbacks have now won their last 19 opening weekend series dating back to 2002, including all 18 seasons under Dave Van Horn. Arkansas has never lost Opening Day under Van Horn, outscoring opponents 148-42.

Van Horn has tabbed RHP Kole Ramage, RHP Connor Noland and LHP Patrick Wicklander to start the first three games of the series against Gonzaga. Sunday’s starter is TBA. Ramage entered Sunday’s game as the first reliever and tossed 2.0 scoreless frames against the Panthers. He allowed just one hit and one walk, striking out two, to earn his first win of the year and ninth of his collegiate career. Noland earned the Opening Day win after tossing 6.2 innings on Friday afternoon. He allowed just one run, unearned, on two hits, walking one batter while striking out a career-high 11. Half of the batters he faced, he struck out. Wicklander tossed 5.0 innings of shutout ball, allowing three hits, two walks and a hit batter, ringing up seven Panthers. He held EIU to a .167 clip at the plate and did not allow an extra-base hit. He was one strikeout shy of matching his career-best, picking up the game two victory.

Outfielder Heston Kjerstad had quite the weekend at the plate, going 7-for-12 with four homers, 10 RBIs and six runs scored, earning national player of the week honors from Collegiate Baseball Newspaper. He began the year with a 3-for-4 performance, including an RBI single and two solo home runs. It was the fifth time in his career he had hit multiple homers in a game. Kjerstad would accomplish the feat again in the series finale as part of a 3-for-5 day, launching a three-run dinger and a solo hot, as well as a two-RBI double. All seven hits brought in at least one run during the weekend against the Panthers. Kjerstad finished the series with a .583/1.667/.643 line at the plate in 12 at-bats. He is the first Hog since at least 2002 to record four home runs in the first series of the year.

Arkansas did not move in any of the updated polls after the first week of the year.

Arkansas fans continue to prove why they are the best in the country, showing out in force to pack Baum-Walker Stadium for the first weekend series of the year. A total of 29,118 came to see the Hogs play last week, which was the second-highest opening weekend attendance in Arkansas history and was No. 2 in total attendance in the country for the first series of the 2020 season.