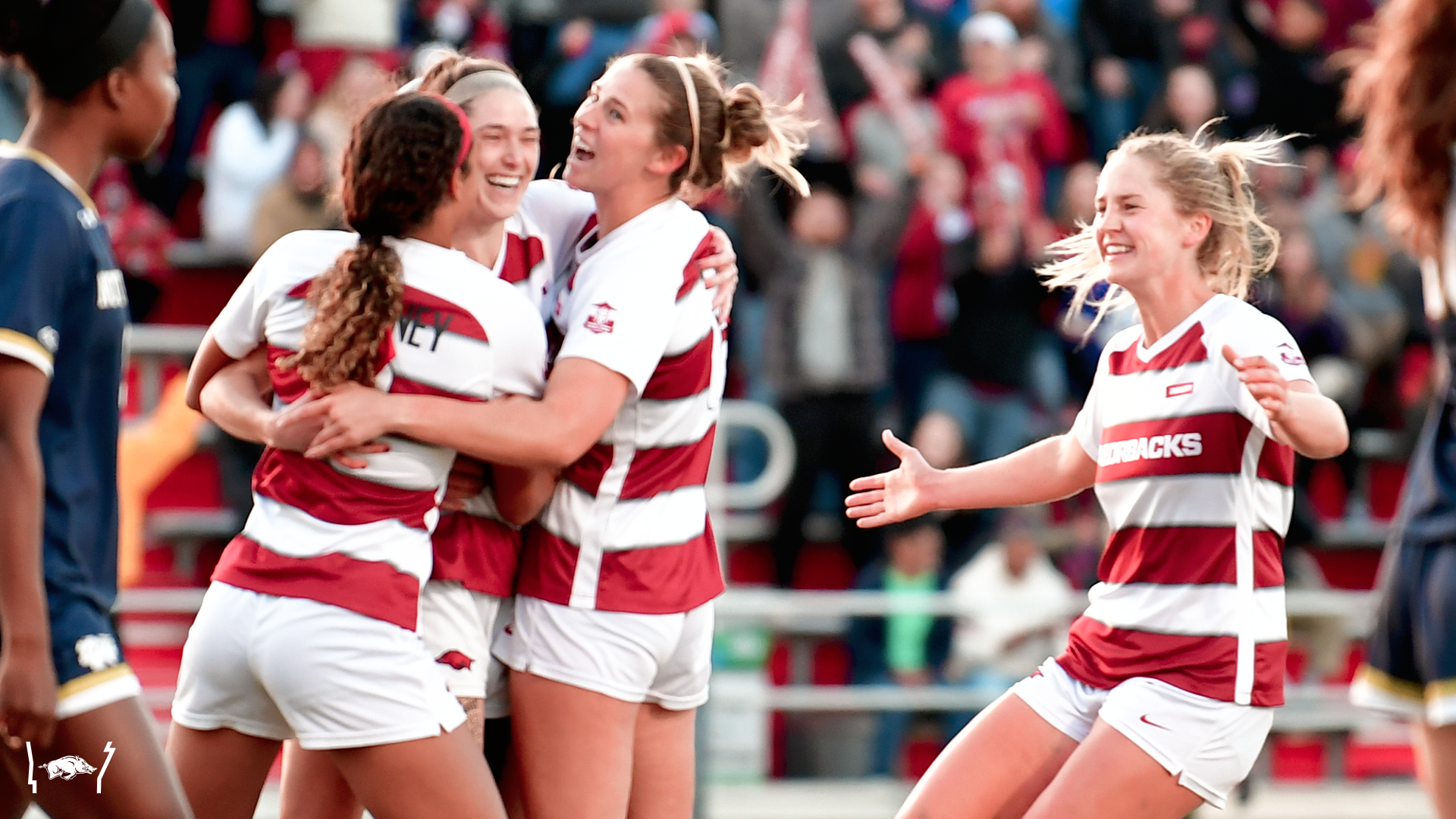 No. 7 Soccer advances to first Elite 8 with win over Notre Dame

FAYETTEVILLE, Ark. – Second-seeded Arkansas soccer (19-4) will make its first-ever Elite 8 appearance after defeating No. 3 seed Notre Dame, 3-2, in the third round of the NCAA Tournament before 1,579 fans at Razorback Field.

The win pushed the Hogs to 19, the program’s most in a single season.

Midfielder Taylor Malham netted two of the squad’s goals, her third brace of the 2021 campaign.

The first Razorback score came 10 minutes into the match. A long throw-in from forward Parker Goins relayed off the head an Irish defender into Malham’s right foot to put it away for her first of the night.

Notre Dame tied it up in the 22nd minute after midfielder Korin Albert picked up a contested ball on the far side, dribbling down the field and putting it away from the top of the penalty box.

The Hogs went back up in the 54th minute, this time from Goins. Freshman Sophia Aragon sent a cross near the end line that found Goins’ head inside the six-yard box. The goal was Goins’ 11th on the year.

The game was tied again nine minutes later after Irish midfielder Eva Gaetino played forward Olivia Wingate up through midfield. Wingate made it into the 18-yard box, pulling Arkansas keeper Hannah Warner out of the goal, sending it across the box and into the net.

The go-ahead goal came in the 78th minute off another assist for Aragon and for Malham’s second goal. Aragon won a ball, taking it over it towards the far side, where she linked with Malham at the top of the 18-yard box. Malham fired from the

The Hogs will travel to Piscataway, New Jersey to face No. 1 seed Rutgers in the Elite 8. Game information has yet to be determined.