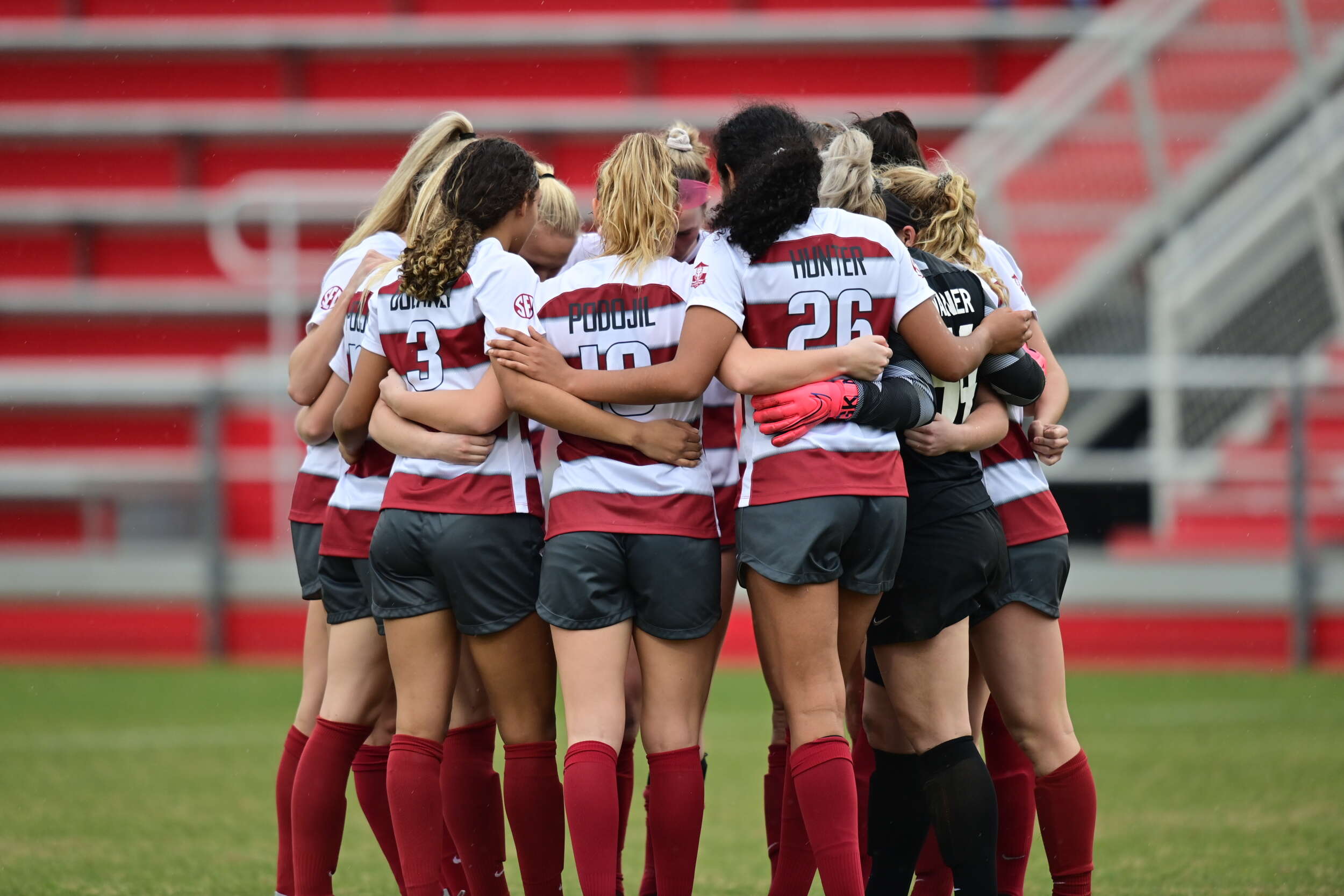 No. 7 Soccer falls to Saint Louis

>> Saint Louis got on the board after Sophia Stram headed in a corner taken by Hannah Friedrich in the 19th-minute.

>> Hannah Larson made it 2-0 SLU just three minutes after half off another cross into the box by the Billikens.

>> Parker Goins got the Hogs on the board in the 56th-minute. Ava Tankersley played Goins into space and the senior beat the Saint Louis ‘keeper near post for her sixth goal of the year.

>> Emily Groark netted another insurance goal for the Billikens off a strike from the center of the box with just under two minutes to play in the match.

“First, congrats to Saint Louis. It is not easy to come here and win. I thought we got beat in a lot of the areas we normally pride ourselves in. We have a few weeks to get back to some of that and grow!”

The Razorbacks have a break before an in-state matchup at Arkansas State on Sat., March 20. First kick in Jonesboro is set for 1:00 p.m. CT.