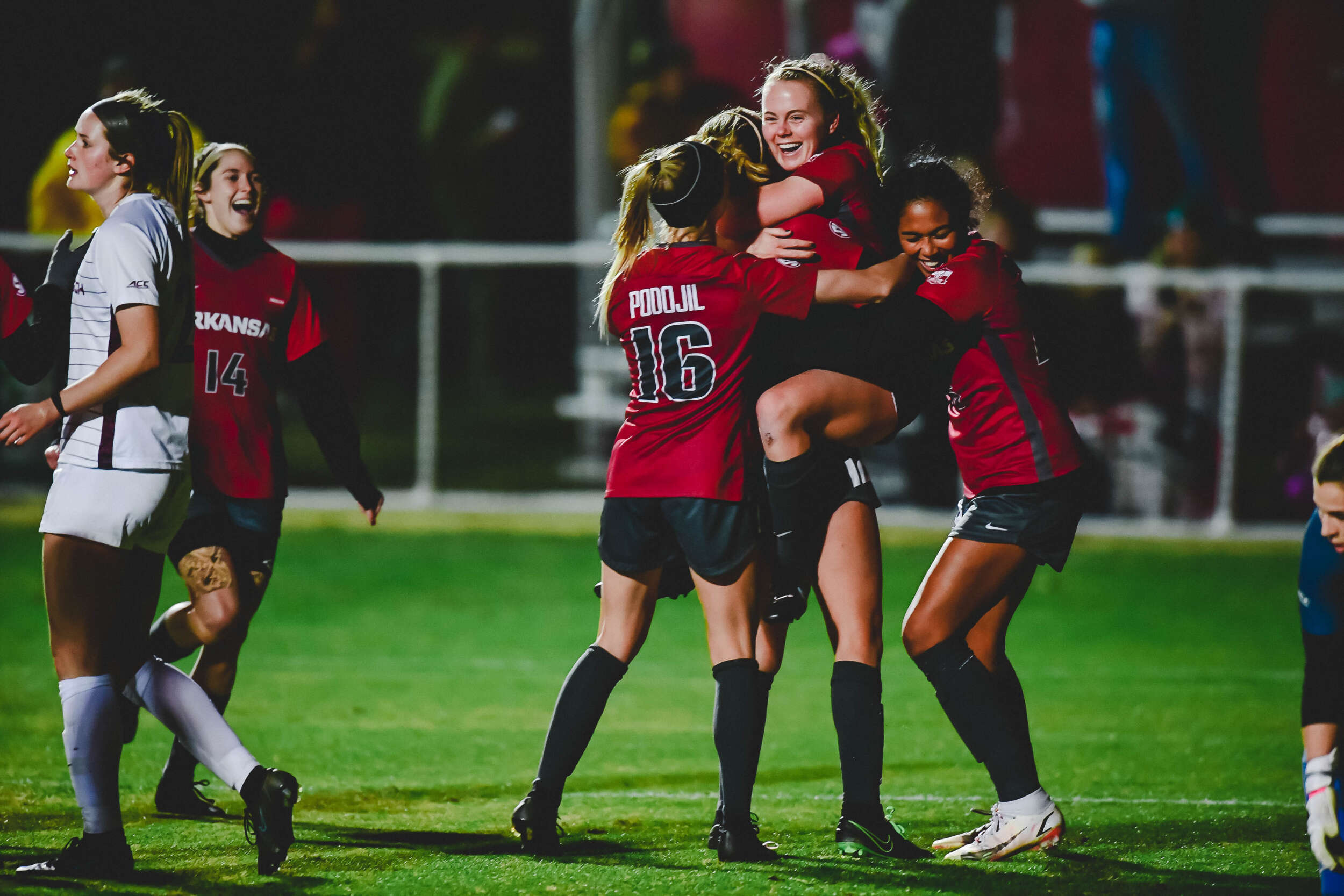 FAYETTEVILLE, Ark. – Second-seeded Arkansas soccer (18-4) will make its third NCAA Tournament Sweet 16 appearance in school history after shutting out Virginia Tech 3-0 in the second round at Razorback Field.

The win pushed the Hogs to 18, tying the program’s record for most victories in a season.

It only took five minutes for the Razorbacks to get on the board. Junior Anna Podojil netted her 15th goal of the season after the Hogs won a 50/50 ball at midfield. Junior Emilee Hauser picked it up and linked with Podojil outside the penalty box, where she fired from 20 yards out and over the Virginia Tech goalie.

The Hogs held the Hokies to just one shot in the first half.

Eight minutes into the second half, senior Parker Goins took a corner from the far side that curled in and met the head of defender Reagan Swindall for a textbook set piece goal to put the hosts ahead by two.

Three minutes later, Goins picked up a header from a Hokie defender, making a one-on-one run down the field, beating the Tech defender and the goalie, creating space for a touch from just inside the 18-yard box

Here it from Coach Hale

“We knew going in that Virginia Tech was going to be a very good test. I thought we did a lot of really good things. We could’ve scored a few more in the first half, but overall we will look at a few things we need to clean up and get ready for a really good Notre Dame team.”

The Hogs will face Notre Dame in the Sweet 16 on Sunday, Nov. 21 at Razorback Field. First kick is set for 4:30 p.m. CT and the match will be streamed on SEC Network Plus.