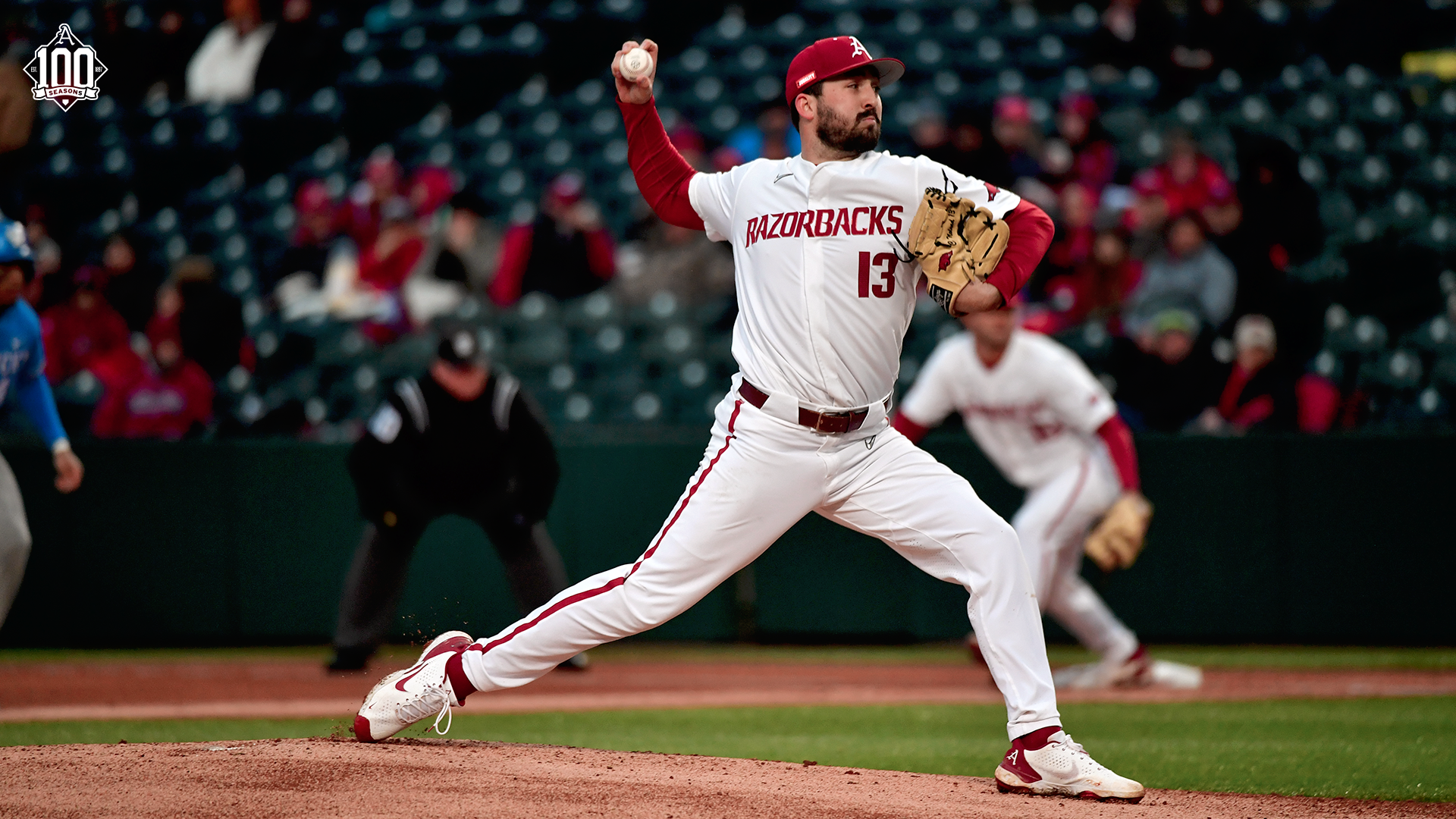 FAYETTEVILLE, Ark. – The reigning SEC champions have picked up right where they left off.

Connor Noland fanned seven over 6 1/3 innings, while Robert Moore collected three hits with three runs batted in to power No. 3 Arkansas (14-3, 1-0 SEC) to a 6-2 win against Kentucky (14-5, 0-1 SEC) in the conference opener on Friday night at Baum-Walker Stadium.

Noland was sharp from the get-go, retiring the first eight Kentucky batters he faced. The Greenwood, Ark., native would ultimately turn in his third quality start of the season, allowing only one run on six hits and two walks.

Moore ignited the Razorback offense from start to finish, giving Arkansas its first lead of the night with his first at-bat in the first inning. The Leawood, Kan., native hit a bases-loaded single to help the Hogs extend a quick 1-0 lead.

The consensus preseason All-American tallied his second hit and second RBI of the night in the fourth, lining a single to center field to give Arkansas a four-run advantage. Moore did even more damage in the seventh, hitting a solo shot to right — his second home run of the year — to put the Hogs up by five.

Chris Lanzilli notched his team-leading seventh multi-hit effort of the season in Friday’s win. The graduate transfer from Wake Forest is now hitting a team-best .383 on the year.

Arkansas’ bullpen was once again superb on Friday night. Evan Taylor (1.2 IP, 1 SO) and Kole Ramage (1.0 IP, 2 SO) entered in relief of Noland, combining for 2 2/3 innings of one-run ball with three strikeouts to lock down the 6-2 win

Game two of the series between the Razorbacks and Wildcats gets underway tomorrow night. First pitch is set for 6:30 p.m. Saturday, March 19, on SEC Network+.