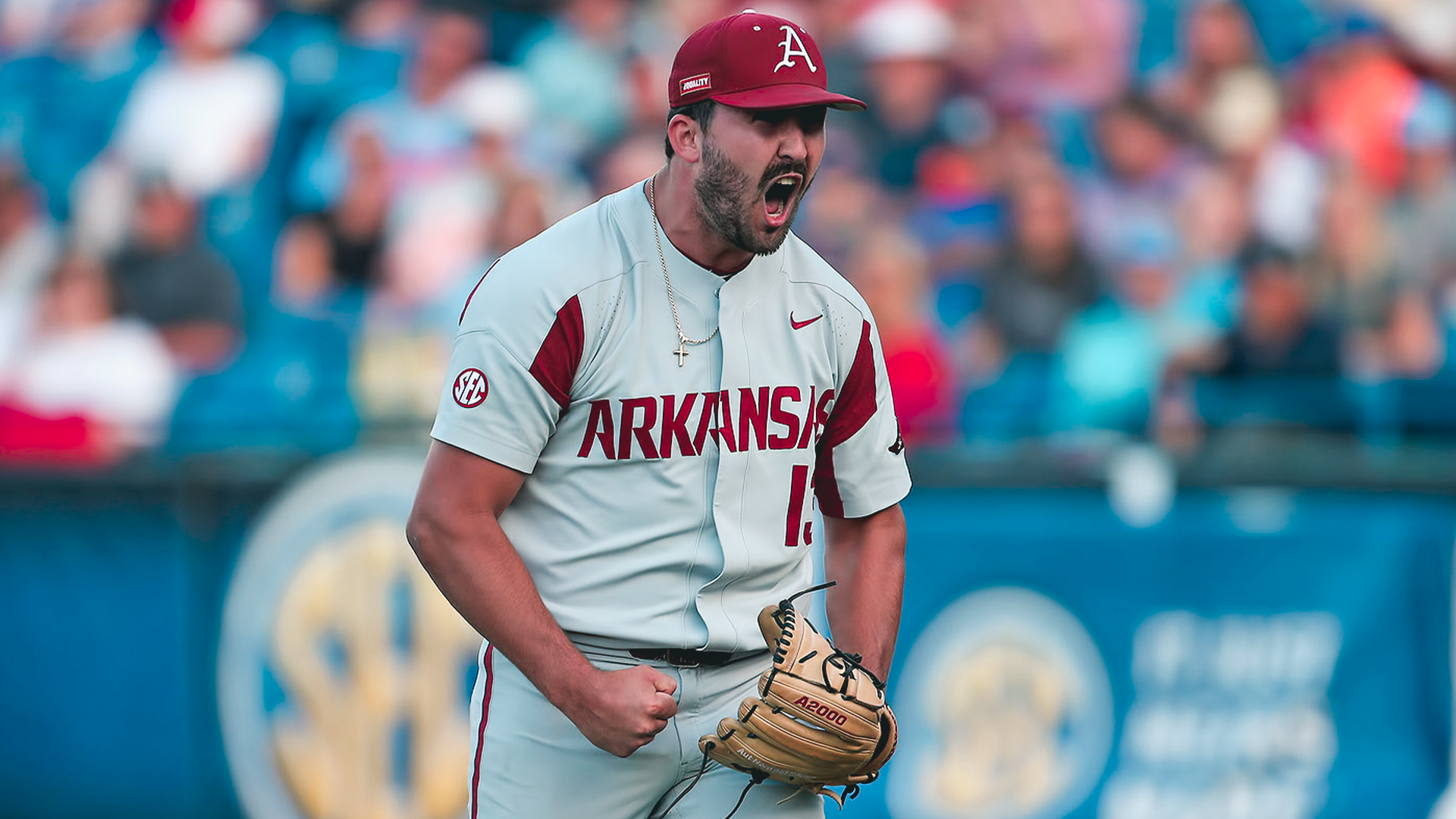 Noland Shuts Down Rebels; Arkansas to Clash with Tennessee in SEC Title Game

HOOVER, Ala. – Don’t call it his comeback.

Connor Noland emerged from the bullpen to throw three hitless innings and lift No. 1 Arkansas to a 3-2 win against No. 12 Ole Miss in the semifinals of the SEC Tournament at Hoover Metropolitan Stadium in Hoover, Ala.

The right-hander struck out four in his three perfect frames of work on Saturday evening, helping to punch the Razorbacks’ ticket to the tournament’s championship game. Top-seeded Arkansas, now 45-10 overall on the year, will play fourth-ranked and second-seeded Tennessee for the title at 2 p.m. Sunday, May 30, on ESPN2.

The Razorbacks, visitors in the semifinal game against the Rebels, jumped out to a two-run lead in the top of the first. Cullen Smith continued his tear through the SEC Tournament, blasting a two-run homer to right on the first pitch he saw.

Starter Caleb Bolden, staked with an early advantage, tossed four shutout innings, striking out three along the way. He gave way to the bullpen in the bottom of the fifth, and Ole Miss took advantage.

The Rebels loaded the bases before scoring two on a double to the gap in right center. Ole Miss then loaded the bases for a second time in the bottom of the fifth, and Heston Tole was called on with one out to put out the fire against the middle of the order.

The freshman struck out the first he faced before inducing an inning-ending groundout to escape the jam.

With the game tied at two in the top of the sixth, Charlie Welch drew a leadoff walk and came around to score the go-ahead run on Jalen Battles’ two-out double down the line in left. Arkansas would not give up the lead again.

Tole worked a scoreless sixth before turning the ball over to Noland in the seventh. The veteran pitcher faced the minimum, neutralizing the Ole Miss offense the rest of the way and locking down Arkansas’ 3-2 win to earn his first career save.

The Hogs will make now their first appearance in the SEC Tournament title game since 2017 and their fifth all-time appearance since joining the conference. Arkansas has an 0-4 record in the championship.

With a win in tomorrow’s game, Arkansas would become only the third team since the conference expanded in 2012 to win the SEC regular-season championship and tournament championship in the same season. LSU did so in 2017, and Vanderbilt won both in 2019.