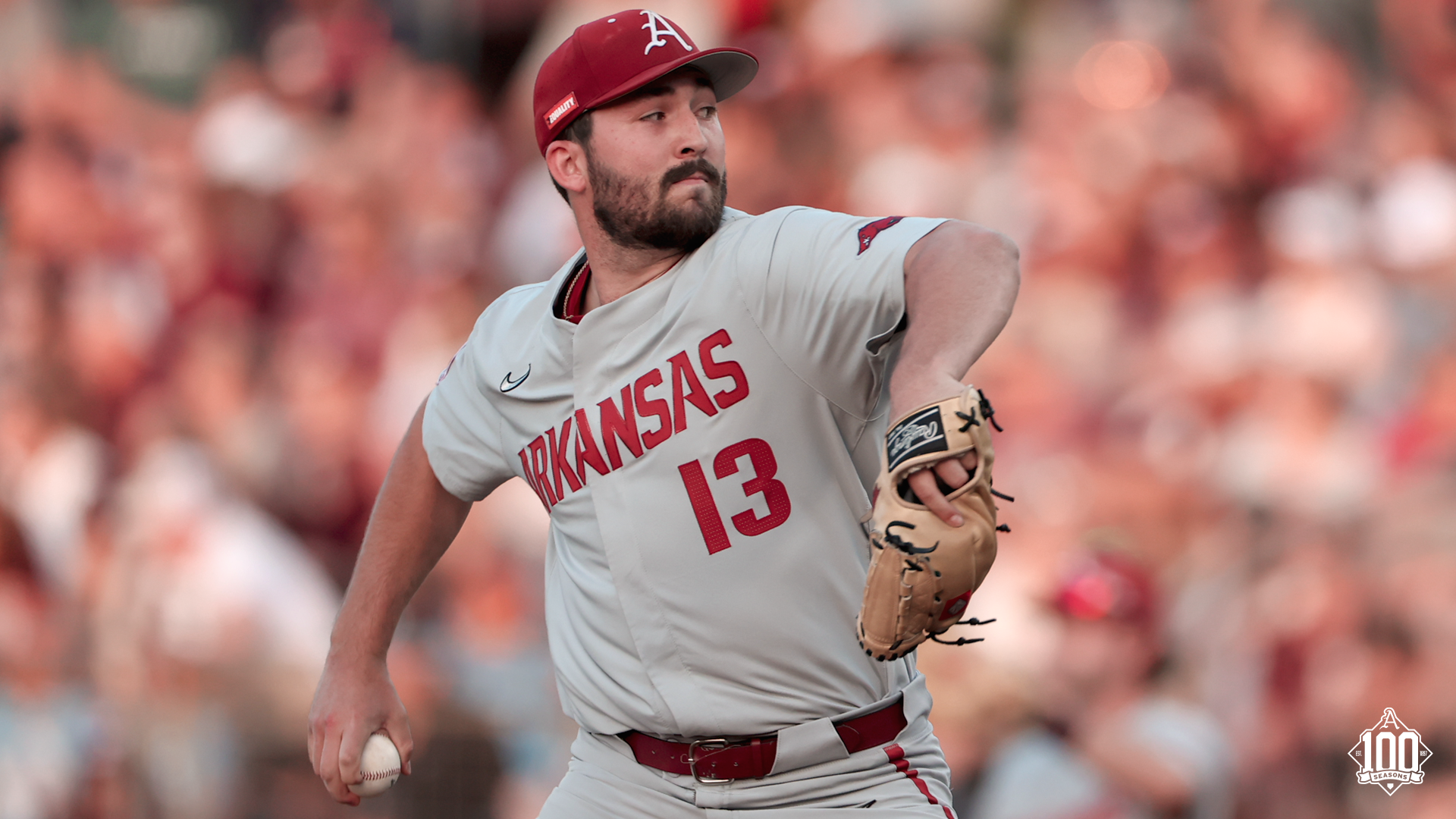 Noland, Taylor Combine for Two-Hitter in Series-Opening Loss to Aggies

BRYAN-COLLEGE STATION, Texas – Connor Noland and Evan Taylor combined for a two-hitter, but their spectacular effort on the mound went to waste in No. 4 Arkansas’ 2-1 loss to Texas A&M (24-13, 9-7 SEC) on Friday night at Blue Bell Park.

Arkansas fell to 30-8 overall and 11-5 in SEC play with Friday night’s loss. The setback also snapped the Hogs’ streak of nine consecutive wins in the opening game of an SEC road series.

Making his 10th start of the season, Noland turned in his team-leading seventh quality start of the year against the Aggies. The veteran right-hander fanned seven over six innings while allowing two runs (both unearned) on two hits and three walks.

Noland and Texas A&M starter Nathan Dettmer were locked in a pitcher’s duel through the first three innings of Friday’s ballgame. The Aggies struck first, however, by taking advantage of a rare error from the Arkansas defense, which came into the game with the nation’s second-best fielding percentage.

Texas A&M capitalized on the defensive miscue by scoring twice in the bottom of the fourth to open a 2-0 lead. Neither of the runs were charged to Noland, who lowered his season earned run average to 2.54 in the effort.

Arkansas scratched back in the sixth on Michael Turner’s RBI single to right, cutting its deficit to one. The Hogs put runners on second and third to lead off the seventh but failed to capitalize as the Aggies escaped the inning unharmed.

The Razorback offense left seven runners on base Friday night, going 1-for-8 with runners in scoring position.

Taylor pitched two hitless frames in relief of Noland to preserve the Razorbacks’ second combined two-hitter of the 2022 season. The Arkansas pitching staff also accomplished the feat in a win over Grambling on March 15.

Arkansas and Texas A&M continue their series tomorrow afternoon. First pitch in game two between the Hogs and Aggies is set for 2 p.m. on SEC Network+ with Andrew Monaco (play-by-play) and Mark Johnson (color) on the call.