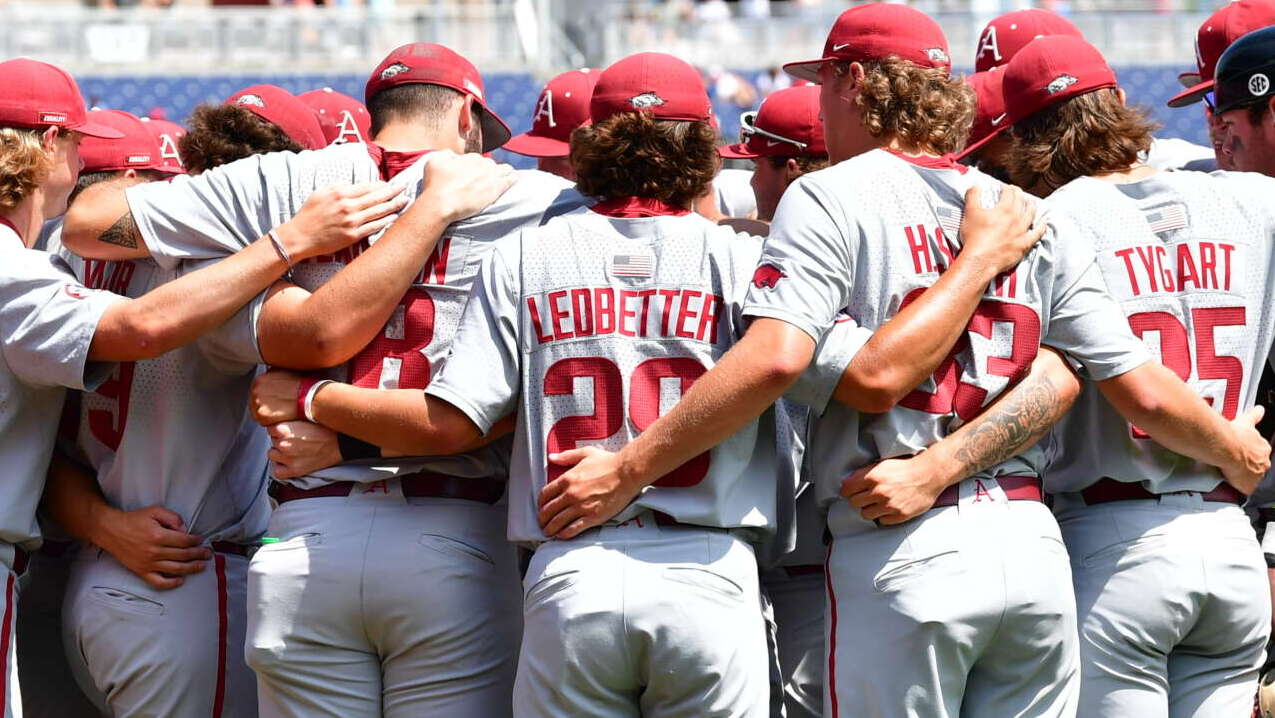 OMAHA, Neb. – It was just one of those days.

Arkansas’ offense was silenced in a 2-0 loss to Ole Miss on Thursday afternoon at Charles Schwab Field. The loss eliminates the Razorbacks from the College World Series as the Hogs finish the season with a 46-21 overall record.

Arkansas is the only team in the country with at least 45 wins in each of the last five seasons, excluding the pandemic-shortened 2020 campaign. The Hogs have posted seven 45-win seasons in head coach Dave Van Horn’s 20-year tenure at the helm.

Arkansas managed a pair of singles in the first inning but failed to score off Ole Miss starter Dylan DeLucia, who turned in a shutout in the decisive game. The Hogs managed just two hits the rest of the way, finding tough luck all afternoon.

Ole Miss scratched out a run in the fourth off Arkansas starter Connor Noland, when the game’s only extra-base hit off the bat of Kevin Graham found its way past a diving Peyton Stovall at first to score a leadoff single. The Rebels added an insurance run in the seventh when Calvin Harris placed a single through the right side of the Arkansas infield to score Tim Elko, extending Ole Miss’ lead to 2-0.

Noland was the tough-luck loser on Thursday. The veteran right-hander went eight strong innings to match his career high, allowing just two runs on seven hits with seven strikeouts and no walks.