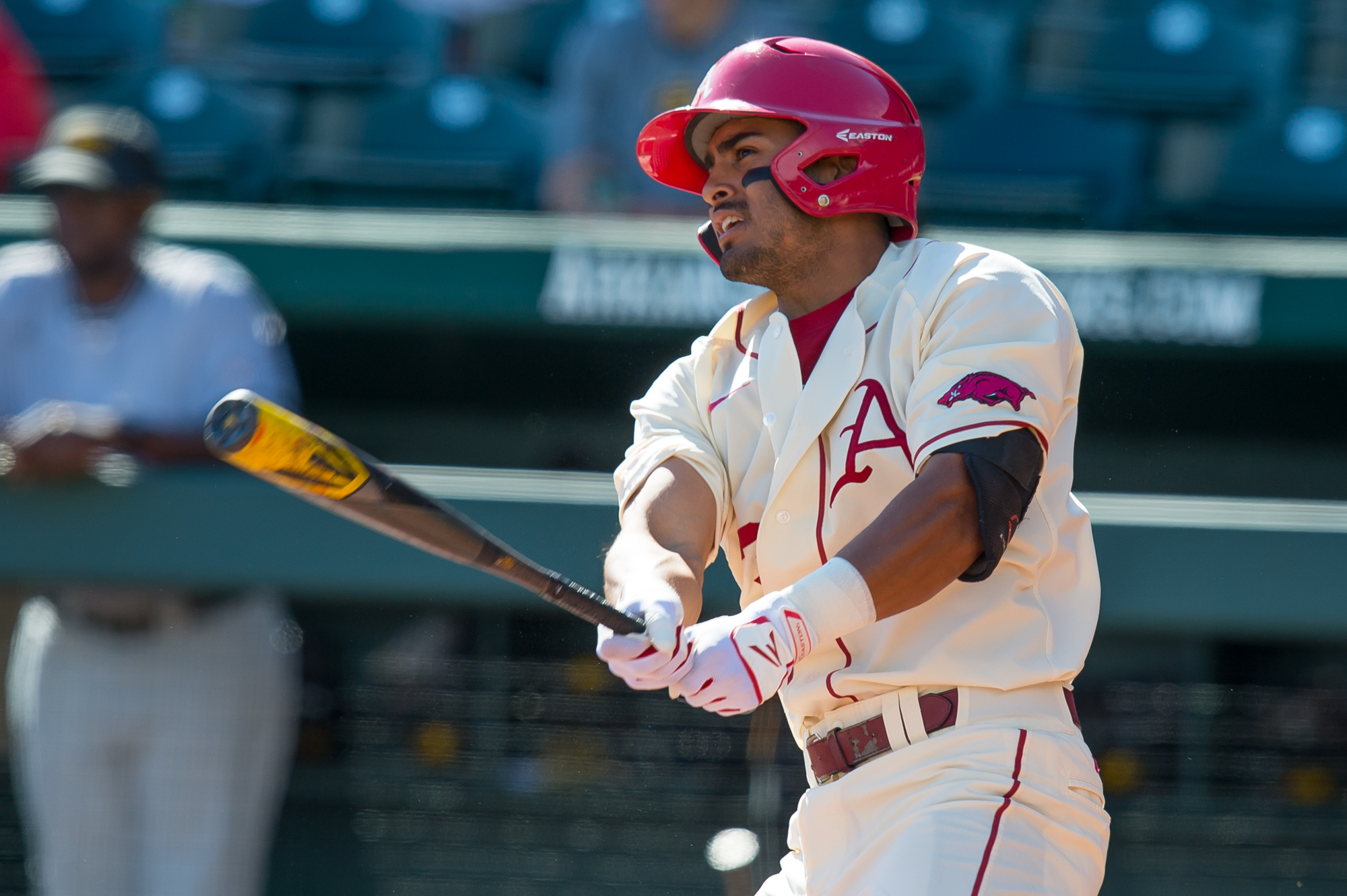 COLUMBIA, S.C. – Unlike Friday night, the pitching staff of the No. 13 Arkansas baseball team gave itself a chance in Saturday afternoon’s game two of the three-game series with No. 12 South Carolina. However, this time, it was the offense that couldn’t get any momentum as the Hogs dropped a 6-2 decision to the Gamecocks at Founders Park and, in turn, dropping the series on SEC Opening Weekend.

The Razorbacks (15-5, 0-2 SEC) only managed two runs on four hits Saturday, one of those runs as a result of a South Carolina (19-2, 2-0 SEC) error in the second inning on a Michael Bernal single. Arkansas batters struck out nine times as the Gamecock starter Braden Webb picked up his fourth win of the year after going 6.1 innings, allowing just one earned run and striking out seven.

Freshman Barrett Loseke made his second start in as many weeks for the Razorbacks and had a solid outing, going four innings, allowing just two earned runs and striking out three. Things got off to a tough start for the freshman as he gave up two runs on two hits with two walks. Loseke struggled with location early, but pulled it together to limit the damage and then went scoreless for the next three innings, only allowing two base runners.

South Carolina scored twice in the first inning to take an early 2-0 lead, but the Hogs responded quickly in the second, scoring twice off a bloop single by senior Michael Bernal. Luke Bonfield started the inning with a lead-off single and then Chad Spanberger walked with two-outs to put a runner in scoring position.

Bernal then delivered the single into shallow right field and the throw in from South Carolina right fielder Gene Cone went way off-line allowing Spanberger to score from first and make it 2-2. Bernal finished the game 1-for-3 with the one RBI, the only RBI for the Hogs on Saturday.

The game stayed tied after four innings as Loseke finished his outing, but the Razorbacks were forced to go to the bullpen in the fifth and bring in junior James Teague. Teague, who had only made one appearance in the last two weeks due to an illness, looked good early, striking out the first batter he faced in Cone.

Unfortunately, Teague let one get away from him in the next at-bat as he hit LT Tolbert with a pitch in the helmet. Tolbert looked to be needing to leave the game, but came back after a five minute delay to take his spot at first base.

After the somewhat lengthy delay, Teague faced John Jones and gave up the go-ahead two-run home run. It was Jones’ fifth home run of the year, giving South Carolina a 4-2 lead.

Arkansas remained within striking distance for much of the remainder of the game as Teague, Jordan Rodriguez and Doug Willey tried to limit the damage. However, the Hog offense only managed two hits and four base runners the rest of the way, only one getting into scoring position.

South Carolina added two insurance runs in the eighth inning on a Marcus Mooney single after Teague allowed two base runners to lead off with singles.

Arkansas and South Carolina conclude the three-game series on Sunday at Founders Park in Columbia, S.C., with first pitch slated for 12:30 p.m. CT. The game will be  broadcast on SEC Network+.