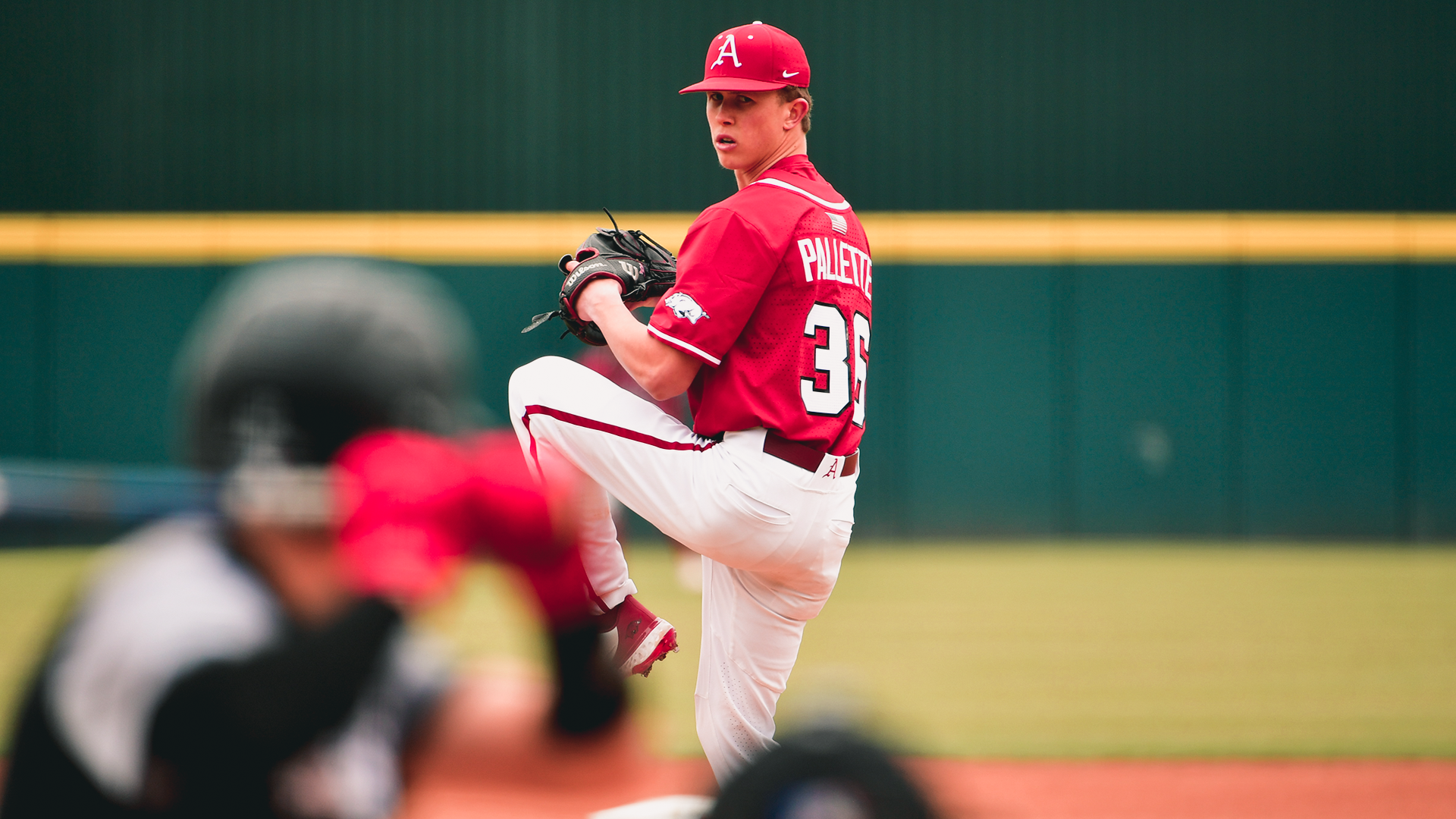 FAYETTEVILLE, Ark. – It was all Arkansas from the start.

The second-ranked Razorbacks exploded for four runs in the bottom of the first and never looked back, dispatching Southeast Missouri State, 9-3, on Saturday afternoon at Baum-Walker Stadium. Arkansas has now won six straight to begin the 2021 campaign.

Starter Peyton Pallette was once again spectacular on the mound as he struck out eight in five scoreless innings of work. The right-hander allowed only three hits and walked one during the outing, preventing SEMO’s offense from striking early.

Arkansas, meanwhile, scored multiple runs in each of the first three innings to open an eight-run lead. Back-to-back RBI singles from outfielder Christian Franklin and designated hitter Matt Goodheart, who returned to the lineup after missing the previous five game due to a non-COVID-related health reason, put the Hogs ahead, 2-0.

Up by four in the second, Franklin jacked his third home run in as many days over the wall in left. His two-run dinger extended the Razorback lead to six.

The onslaught continued with two more in the bottom of the third. Second baseman Robert Moore singled home a run before he worked his way around the base paths and scored on a wild pitch.

Shortstop Jalen Battles’ RBI double in the bottom of the fourth put Arkansas ahead, 9-0.

Pallette was in cruise control the entire time. He struck out two in his final inning of work and departed the ballgame with plenty of bullets still left in his chamber, throwing only 68 pitches (48 strikes) on the day.

Left-hander Zack Morris was impressive in his first relief appearance of the year, escaping a bases-loaded jam with two strikeouts. Right-hander Gabriel Starks closed out the game and struck out one in his collegiate debut.

Tomorrow’s series finale is set for 1 p.m. at Baum-Walker Stadium. The Razorbacks seek their seventh straight win, looking to begin the season with a 7-0 record for the second year in a row and for the eighth time in the Dave Van Horn era (19 seasons).