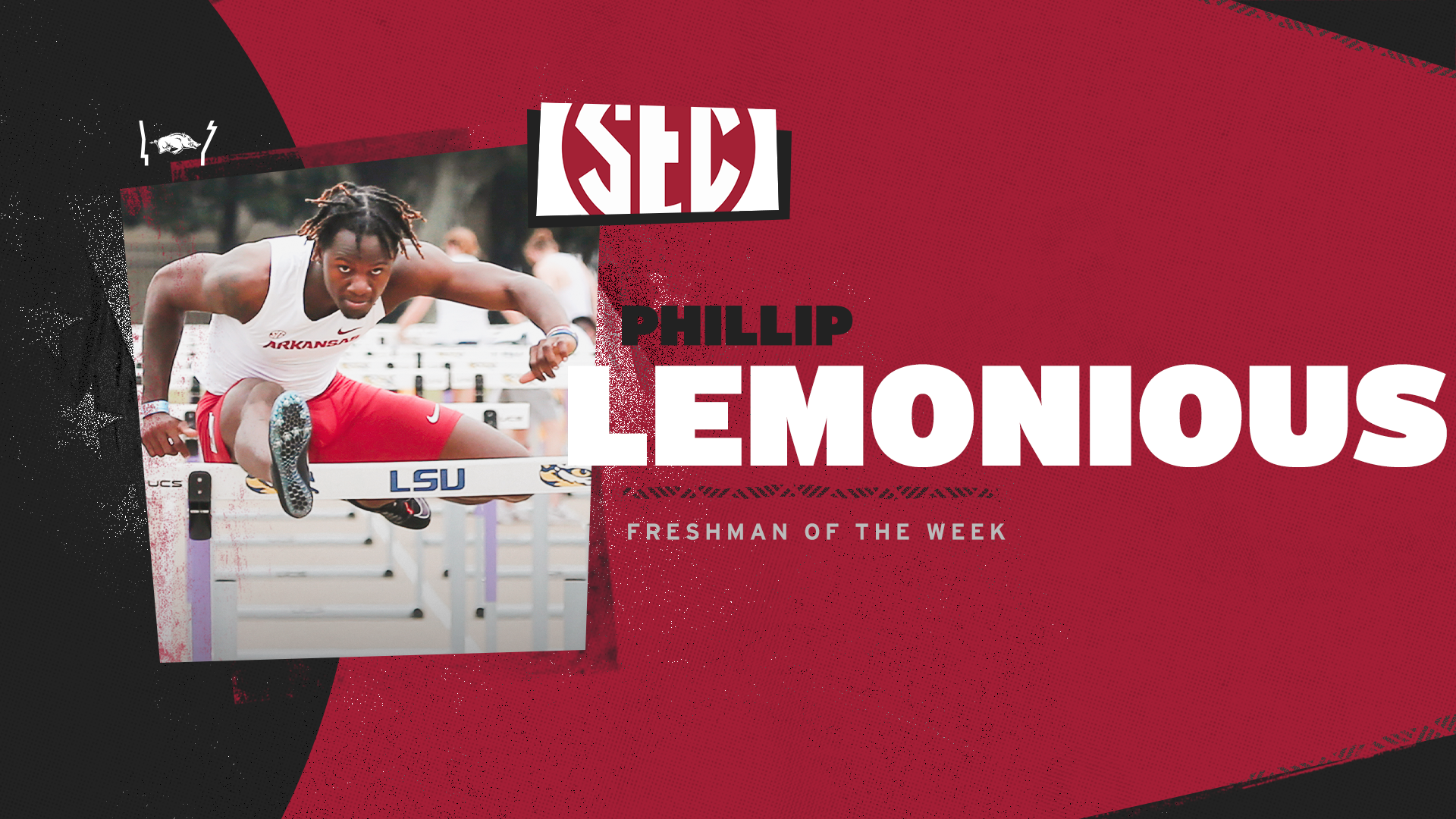 BIRMINGHAM, Ala. – The SEC Freshman of the Week honor was awarded to Razorback Phillip Lemonious following his performance in the 110m hurdles at the LSU Invitational.

In his first race in the 110m hurdles this outdoor season, Lemonious posted a time of 13.62 seconds as he placed third in a tight race behind a pair of 13.61s by winner Eric Edwards of LSU and Arkansas teammate Tre’Bien Gilbert.

Lemonious currently has the second fastest time by a freshman this season and is the leading freshman in the SEC. He sports a career best of 13.51 in the event with a wind-aided best of 13.47, both set in 2019.

Indoors, Lemonious finished fourth in the 60m hurdles at the NCAA Indoor Championships. His indoor time of 7.54 ranks second on the Arkansas all-time list, trailing the school record of 7.45 by Omar McLeod.