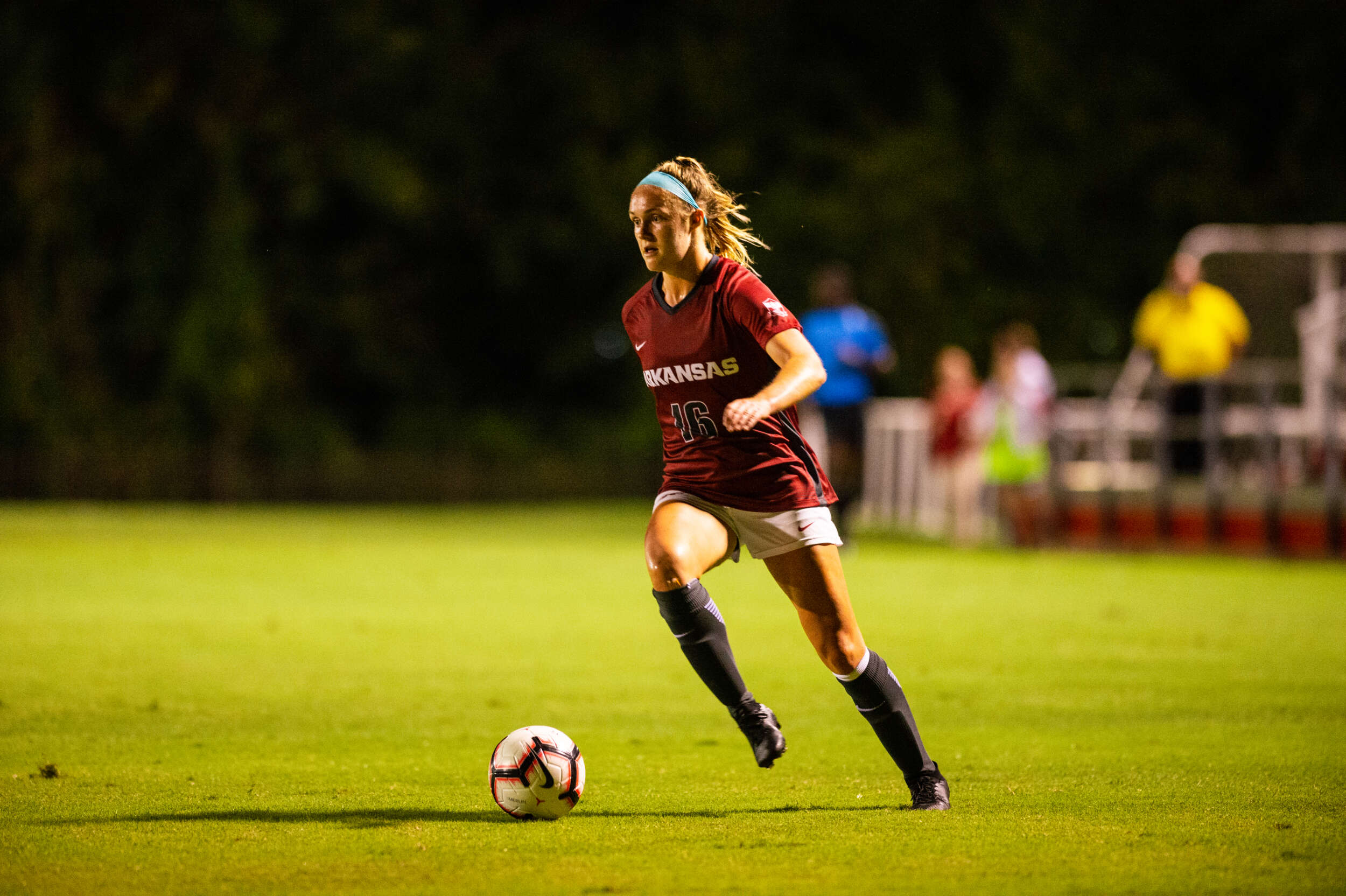 The Cincinnati, Ohio native had a hand in all four Razorback goals in a 4-1 win over Kentucky. She scored the first goal of the game in the eighth minute and then assisted on a goal in the 49th minute. She added her second goal of the day in the 54th minute and another assist in the 90th minute.

Her five shots on goal were more than all Wildcats combined and it was the third multi-goal game of her career.

Each Tuesday during the college regular season, United Soccer Coaches selects a men’s and women’s Player of the Week based on nominations from schools and conferences. Nominations are due every Tuesday by 10 a.m. CT to be considered.