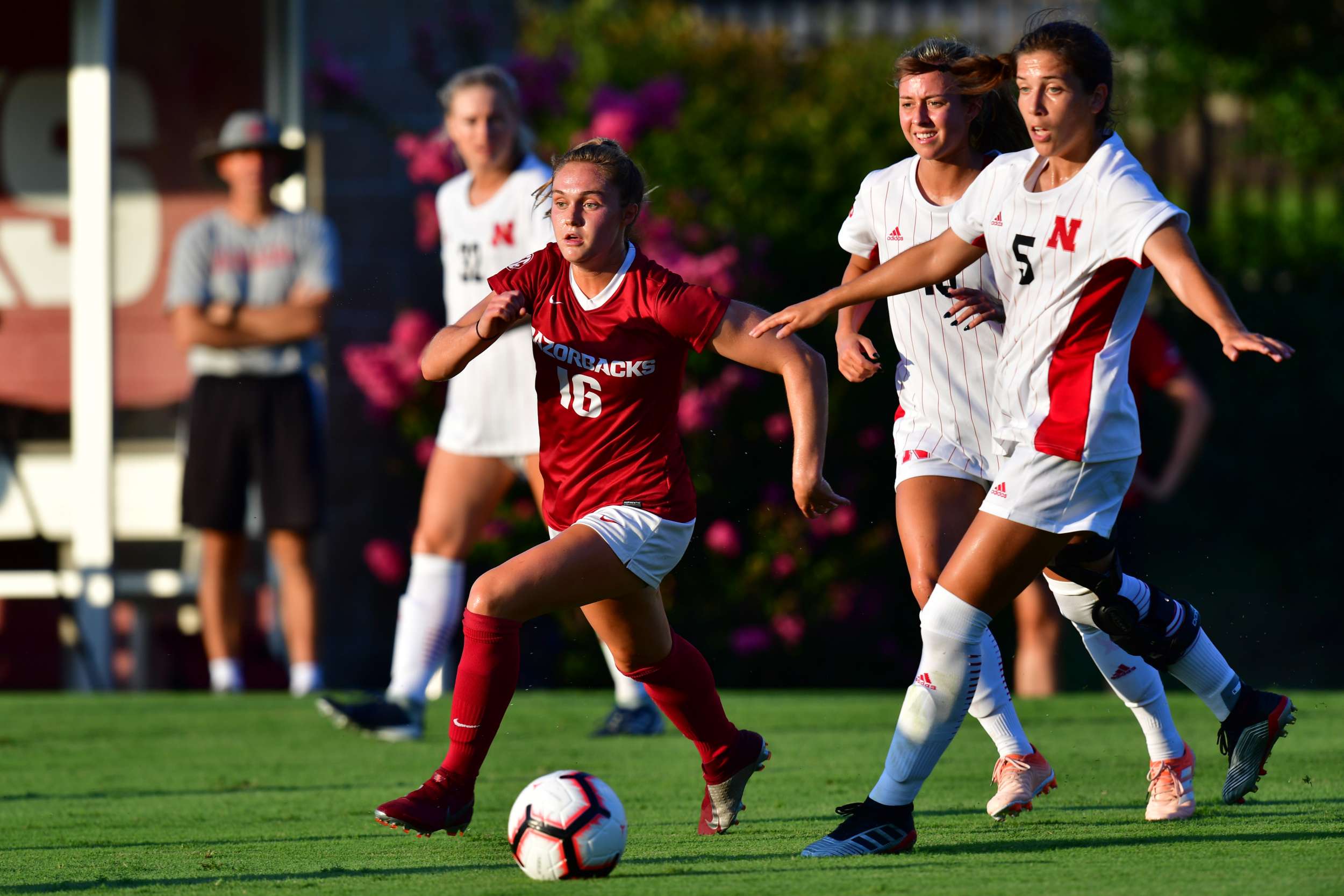 Podojil tabbed as SEC Freshman of the Week

The freshman scored the only Razorback goal in a 1-1 double overtime draw against Minnesota on Thursday. Podojil played in 101 of the 110 minutes and recorded a pair of shots. On Sunday, Podojil put home a cross from junior Taylor Malham in the 49th-minute for her second goal in as many matches.

On the season Podojil has six points, with two assists coming in the season opener against UNC-Greensboro, and eight shots in the first four matches.