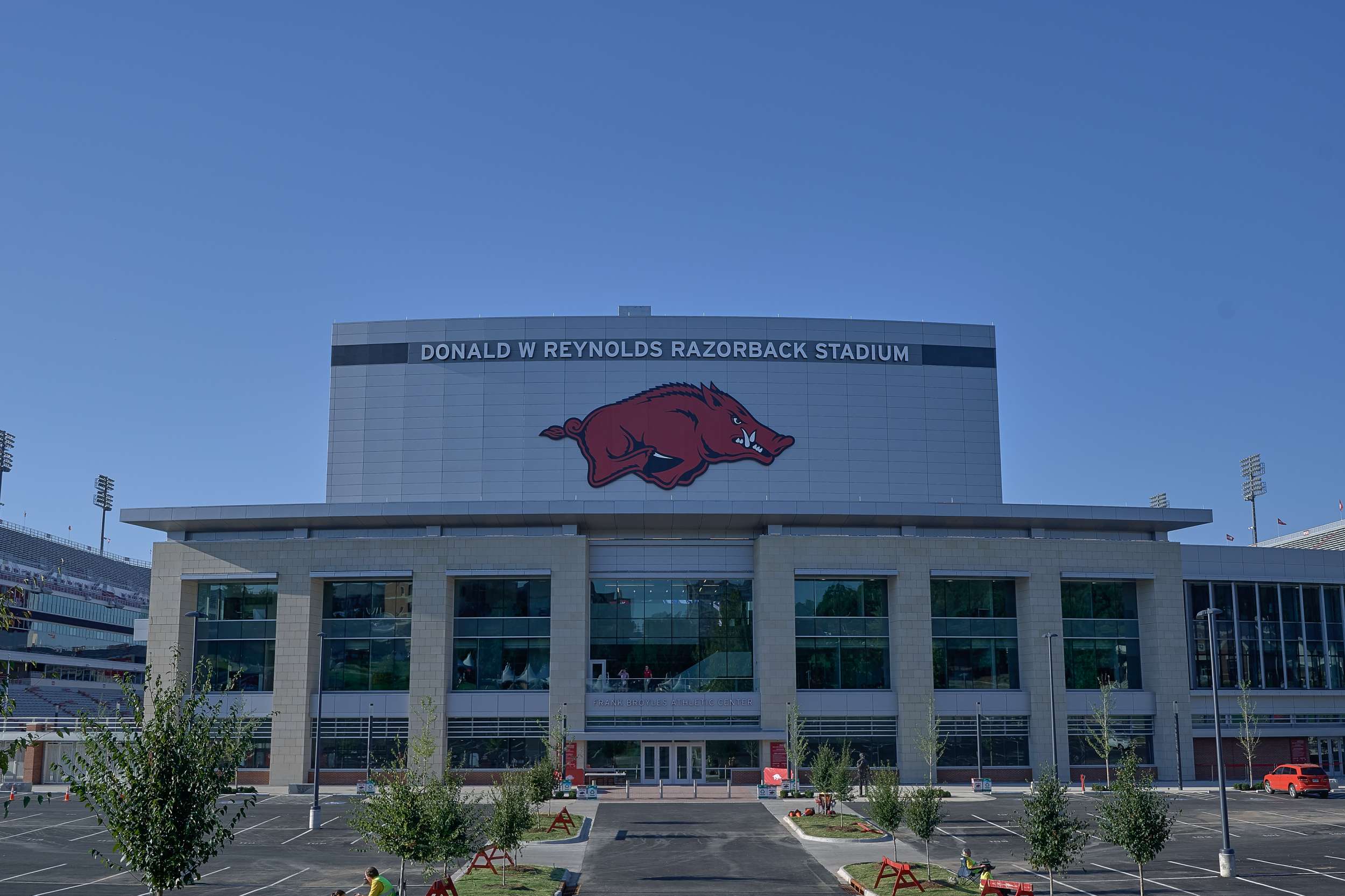 FAYETTEVILLE, Ark. – Beginning with the 2019 season, fans attending football games at Donald W. Reynolds Razorback Stadium will be able to purchase beer and wine in public areas of the stadium. Alcoholic beverages at Razorback football games have been available since 2014, but previously have only been available in suites and private club areas. The program will now be expanded to create availability for the purchase of beer and wine to fans 21 years or older within designated public areas in and around the stadium.

In May, the Southeastern Conference announced revision of a policy that had previously restricted the sale of alcohol in public areas of athletics venues. Under the revised policy, each institution within the conference now has the autonomy to determine the permissibility of selling alcoholic beverages in its athletics venues, subject to certain conference-wide alcohol management expectations.

At this time, War Memorial Stadium also anticipates employing an expanded alcohol sales program for Razorback Football games. No decision has been made concerning the expansion of alcohol sales to other on-campus athletics venues, including Bud Walton Arena and Baum-Walker Stadium.

“By expanding our established alcoholic beverages program to include the sale of beer and wine in public areas of Donald W. Reynolds Razorback Stadium, we are building on an already successful model while furthering the fan experience in a responsible way,” Vice Chancellor and Director of Athletics Hunter Yurachek said. “Working in coordination with campus officials and within established guidelines adopted by the SEC, we will now be able to offer this gameday amenity as an option to fans while working to further educate University of Arkansas students and the general public about safe and responsible consumption.

“We are implementing a number of corresponding initiatives aimed at preventing underage consumption and promoting responsible choices, including a ‘We ID Program,” and a designated driver and rideshare program. In many cases at other power 5 conference institutions, alcohol-related incidents at events have decreased following the introduction of a formal alcohol sales and educational program. As with other gameday options, we realize individuals will ultimately make their own choices on whether to utilize these expanded opportunities. Our focus will be continuing to work with campus officials, UAPD, the SEC and others to ensure that fans of all ages can enjoy their gameday experience.”

Consistent with SEC guidelines, alcoholic beverages will be sold and dispensed only at designated stationary locations and not by vendors in seating areas. Identification checks will be required of every person at the point of each sale and alcohol will be dispensed in cups. A limit of two servings per person will be allowed in each transaction. Sales of alcohol will be halted at the end of the third quarter of the game.

A new program will allow fans to get a gameday discount from Lyft when using the rideshare service at Razorback Football games. A designated driver awareness program will also be implemented, encouraging fans to plan ahead on transportation options if they wish to consume alcohol on game day.

Alcohol will not be allowed in the University of Arkansas student seating section, located in the lower east grandstand of the stadium. Beer and wine sale kiosks will also not be located in the immediate proximity of the student section. In addition, a portion of the proceeds from alcohol sales will be designated for use by the University of Arkansas’ Division of Student Affairs for alcohol related education and programming for university students.

“We have confidence in the many mechanisms being put in place to ensure that sales are limited to those 21 years or older as well as supporting responsible consumption for those who are allowed to purchase beer and wine,” Senior Associate Vice Chancellor and Dean of Students Melissa Harwood-Rom said. “We begin educating our students about the effects of alcohol and how to act or intervene in alcohol-related situations from the time they first arrive on campus, so the proceeds from sales designated to support our educational efforts will be put to good use.”

Razorback Athletics will work with its concessionaire partner Levy to implement the expanded program, including training for gameday staff related to SEC alcohol management guidelines, University policy and state and local regulations governing alcohol sales and consumption. All servers will be trained to identify public intoxication in order to refuse service to any fan who appears impaired. Security personnel reserve the right to eject or arrest fans who are intoxicated or share alcoholic beverages with minors.

As has been the case in previous seasons, fans are encouraged to report any unruly behavior or in-game security or guest services concerns to stadium and law enforcement personnel by texting the keyword “HOGS,” your specific message and stadium location to 69050.