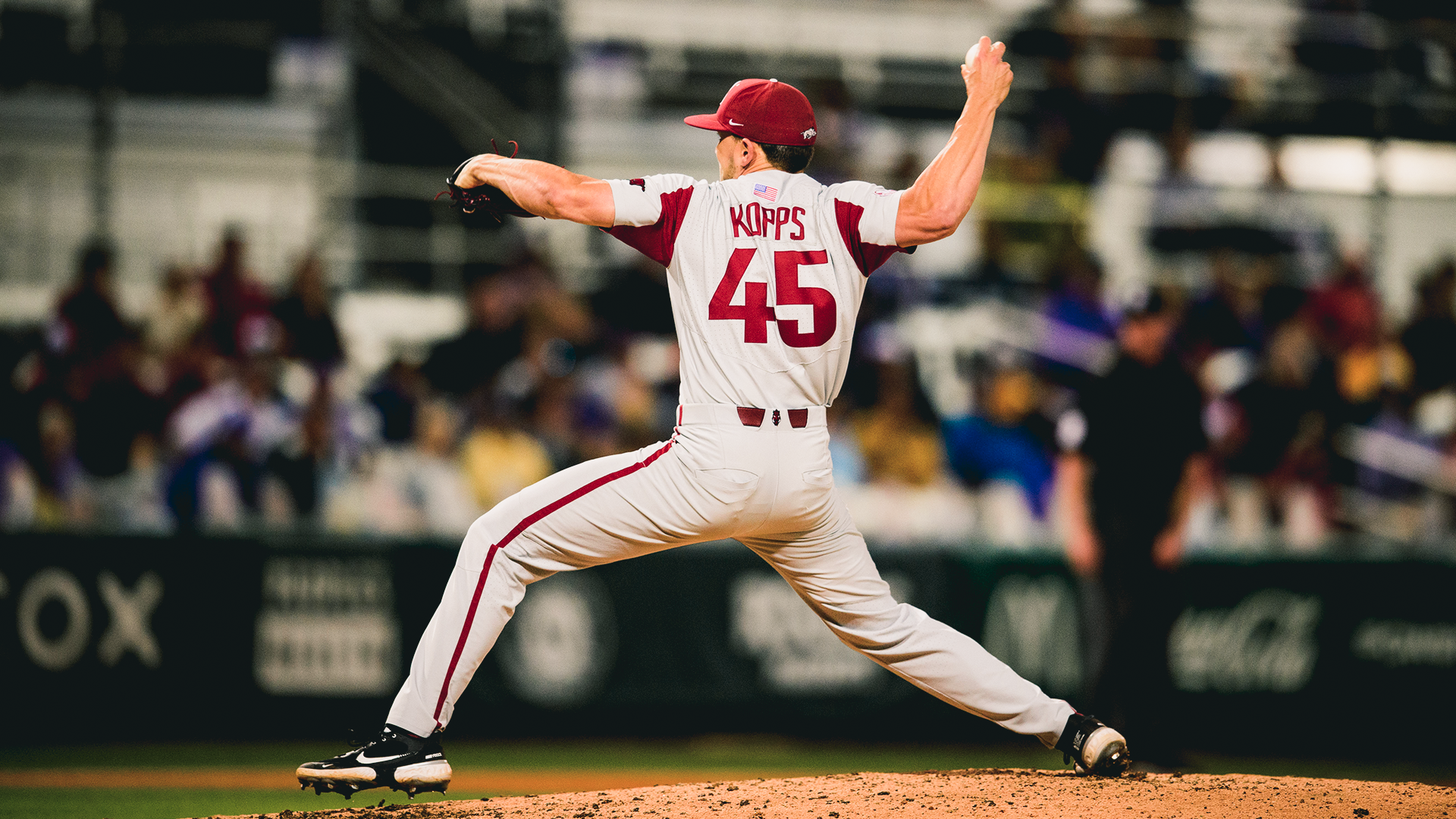 Christian Franklin powered #1 Arkansas to a series win against LSU in Baton Rouge for the first time since 2004, driving in a team-leading 10 runs on the weekend. The outfielder had at least one hit and RBI in all three games of the series, including two multi-hit and two multi-RBI performances. He tallied two hits and five RBI in Friday’s series opener, slugging a three-run homer – his 10th of the year – in the Hogs’ 7-0 win. Franklin began Saturday’s doubleheader with a three-hit, four-RBI effort in the Razorbacks’ 17-10 win, helping Arkansas secure its program-record seventh consecutive SEC series win. He closed out the series with one more RBI in the nightcap of the twin bill.

Patrick Wicklander twirled a shutout gem in Friday’s series opener to help #1 Arkansas earn a series win against LSU in Baton Rouge for the first time since 2004. The left-hander went 6.2 scoreless innings, allowing three hits while striking out five and walking none in the Hogs’ 7-0 victory. Wicklander’s third quality start of the season – and his second in a row – lifted Arkansas to its program-record seventh consecutive SEC series win.

Robert Moore hit his team-leading 11th home run of the year and drove in five runs on the weekend, powering #1 Arkansas to a series win against LSU in Baton Rouge for the first time since 2004. The second baseman had a hit in all three contests, collecting three base knocks in Saturday’s 17-10 series-clinching win. He drove in four runs in the triumph, swatting a two-run homer and falling a double shy of his second cycle this season. Moore’s defense was also superb, making a Willie Mays-esque catch in a 4-3 double play to help Arkansas secure its program-record seventh consecutive SEC series win.