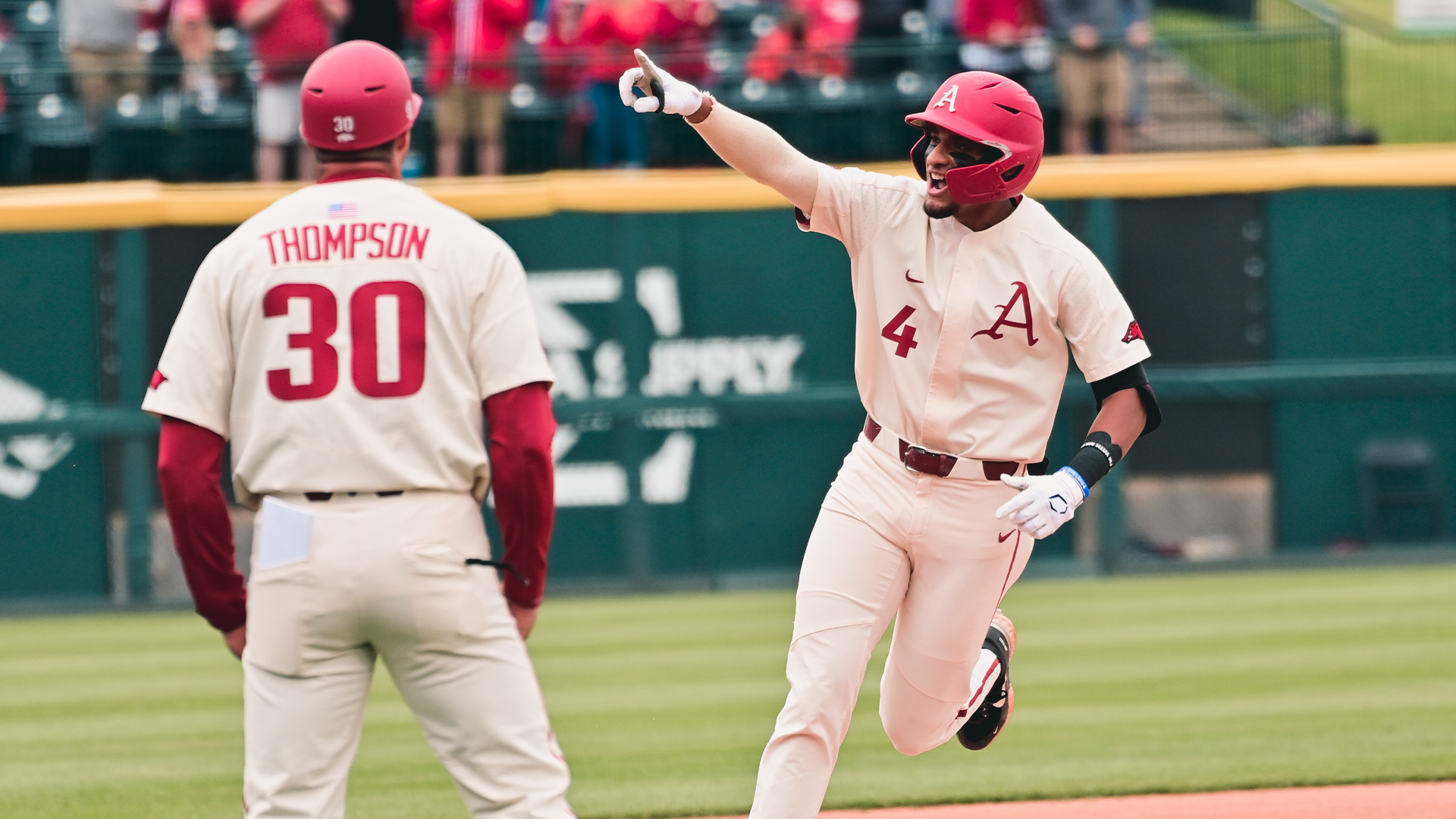 Casey Opitz had a hit in all three games of the homestand against Georgia, including multi-hit efforts in opener and finale to power #1 Arkansas to a program-record eighth consecutive SEC series win. The Razorback catcher doubled and collected an RBI while working masterfully behind the dish in Friday night’s series-opening 3-0 shutout win. He singled and drew a walk on Saturday before picking up two more base knocks and scoring a run in the Hogs’ come-from-behind 5-3 win on Sunday to clinch the series.

Kevin Kopps, the reigning NCBWA National Pitcher of the Month for April, remained dominant against Georgia, helping #1 Arkansas secure a program-record eighth consecutive SEC series win. The right-handed reliever pitched the final three innings of Friday night’s ballgame, striking out three to earn his seventh save of the year (his sixth of the multi-inning variety) and lock down the Hogs’ series-opening 3-0 shutout win. Kopps came back in Sunday’s 5-3 finale win, firing a scoreless 4.1 innings of work with five more strikeouts to improve to 7-0 on the year and clinch the series. The most dominant pitcher in all of college baseball, Kopps owns a nation-best 0.72 ERA with 83 strikeouts in 49.2 innings of relief work and has twirled 17.2 consecutive innings of scoreless ball while striking out 29 and allowing only seven hits and two walks in the process.

Robert Moore tallied a team-leading three runs batted in on the weekend, powering #1 Arkansas to a program-record eighth consecutive SEC series win. The Razorback second baseman began his weekend with multi-hit and multi-RBI efforts, collecting two base hits (both doubles) as well as two RBI and scoring a run in Friday’s series-opening 3-0 shutout win. He picked up his third RBI of the weekend in the second game of the series on his team-leading sixth sacrifice fly of the season.

Cayden Wallace took over as the team leader in hits this season with three more base knocks over the weekend against Georgia, helping No. 1 Arkansas secure a program-record eighth consecutive SEC series win. Wallace picked up two hits, his 14th multi-hit effort of the year, and scored a run in Friday night’s 3-0 shutout win. The true freshman collected his team-high 52nd hit of the season in Sunday’s series-clinching 5-3 win.