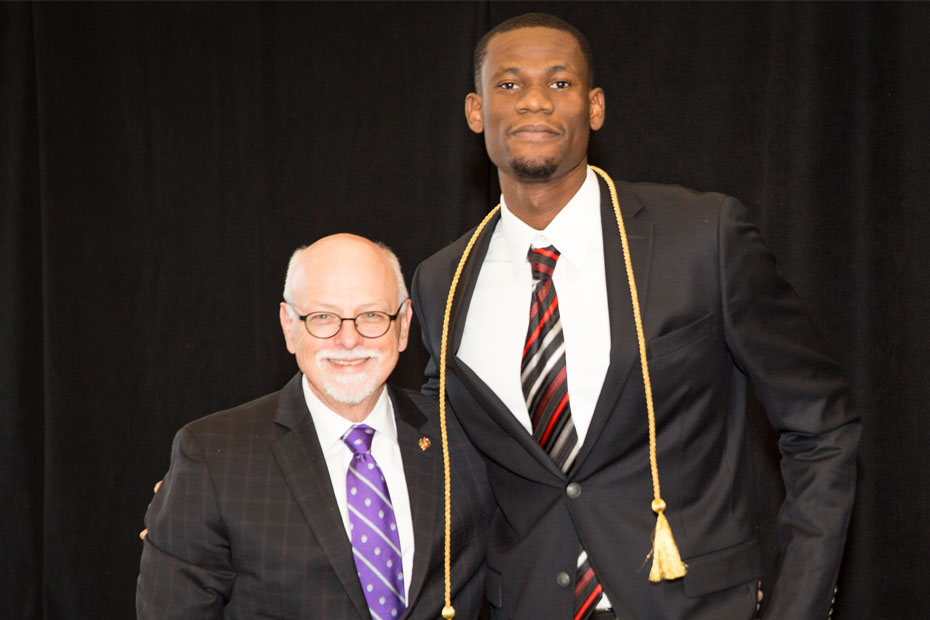 FAYETTEVILLE, Ark. – Five University of Arkansas student-athletes have earned selection to the 2017 Class of Seniors of Significance announced by the Arkansas Alumni Association on Friday.

Those recognized are studying in three different colleges at Arkansas, including the J. William Fulbright College of Arts and Sciences, College of Education and Health Professions and the Sam M. Walton College of Business.

“We are proud of the five Razorback student-athletes who have been recognized as part of this year’s class of Seniors of Significance,” Vice Chancellor and Director of Athletics Jeff Long said. “These outstanding young men and women continue to demonstrate that it is possible to compete at a national level athletically while achieving distinction in the classroom. Congratulations to these outstanding individuals for their accomplishments and their well-deserved recognition among the very best students at the University of Arkansas.”

The Arkansas Alumni Association honored its third class of Seniors of Significance during a reception at the Janelle Y. Hembree Alumni House on Dec. 2. Seventy-one graduating seniors, commemorating the university’s founding date of 1871, were recognized along with their faculty or staff mentor. During the reception, the Seniors of Significance received a gold special honor cord to wear during graduation.

The 71 students were selected from more than 400 nominations and represent each University of Arkansas undergraduate academic college. These are exceptional seniors who were selected based on academic achievement, leadership skills and substantial extracurricular campus and/or community activities. Though mostly from Arkansas, they also represent eight other states and two countries.

This year celebrates the 52nd year of honoring a senior male and female undergraduate through the Senior Honor Citation program, as well as the re-established Razorback Classics program. Only students selected as Seniors of Significance have the opportunity to update their application in the 2017 spring semester to be further considered for these awards.