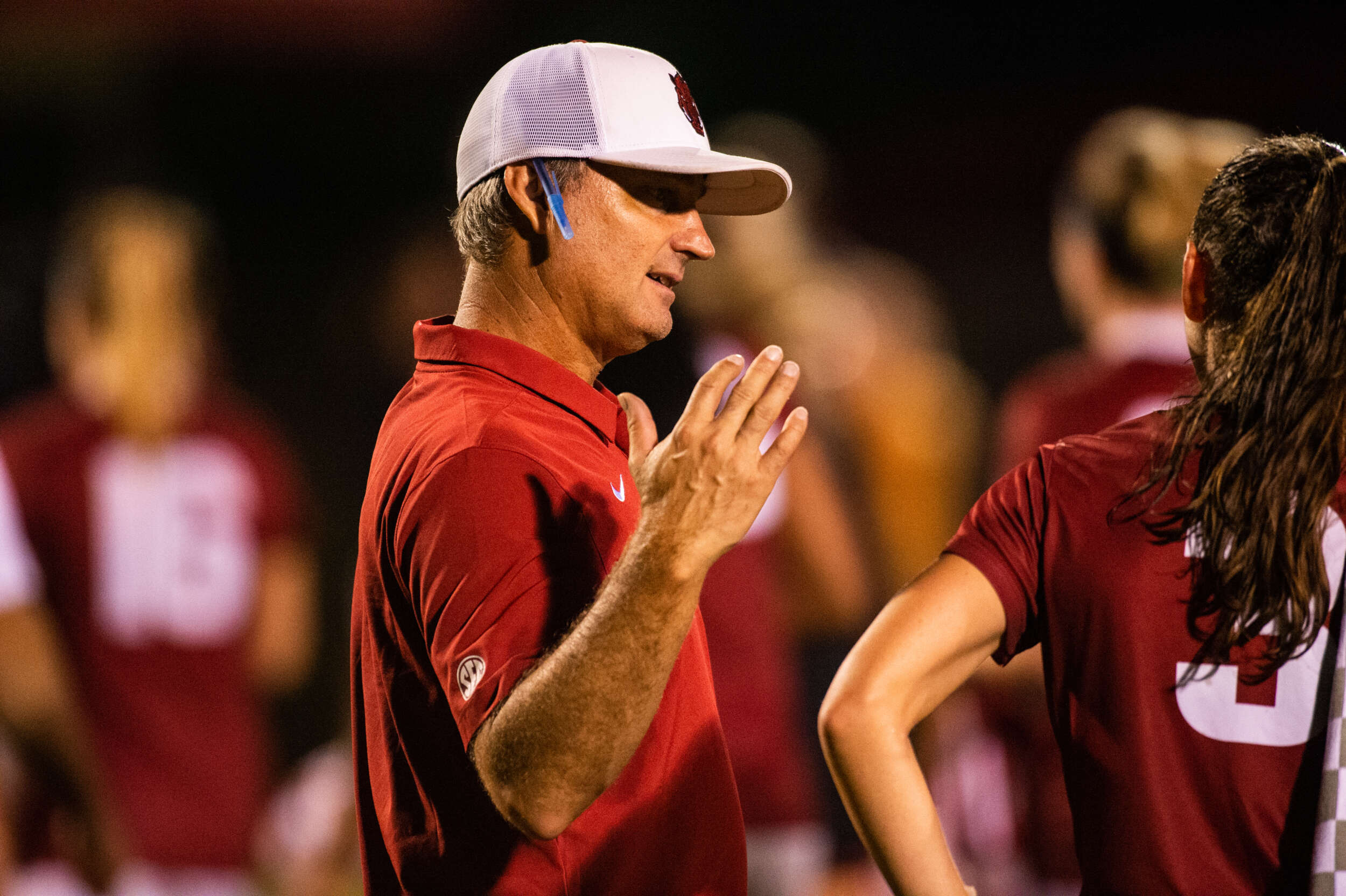 FAYETTEVILLE, Ark. – Razorback Soccer has added Jon Harvey to the coaching staff as an Associate Head Coach, as announced by Head Coach Colby Hale on Friday afternoon. Harvey comes to Fayetteville after seven seasons at Washington State, helping guide the Cougars to a historic run to the College Cup in 2019 and second (2017) and third-round (2018) appearances. Sammy Scofield has also been elevated to Associate Head Coach.

“Jon Harvey is an excellent fit. He checked every box we were looking for in our effort to keep elevating our program on a national level,” said Head Coach Colby Hale. “He has coached some of the best goalkeepers in college soccer, he is an excellent recruiter, and he has been at a top program!”

In 2019, Harvey guided star keeper Ella Dederick to All-Pac-12 honors as she became the Cougars’ all-time leader in wins and her 16 wins set a single-season school record for victories. During the 2017 season Washington State posted 11 shutouts which ranked as the second most for a single season in program history.

Harvey served in the United States Navy from 2000-05. His decorated military career included tours in Al Anbar Province, Iraq in 2004 and 2005.

In her three years as an assistant coach, Scofield has worked directly with the back line while helping the Razorbacks win back-to-back SEC regular season titles. In 2018 the Razorbacks recorded eight shutouts, tying for the third most in a single season in program history. The Arkansas defense followed that up last season with the lowest goals-against-average (0.47) in school history for a single season.

“This is a well-deserved promotion. Sammy [Scofield] is an integral part of our success and growth,” said Hale. “She is never happy with the status quo and is committed to continuing to elevate this program.”

Hale and the Razorbacks will be back this fall in search of the program’s third-straight SEC regular season title and eighth trip to the NCAA Tournament in nine years.