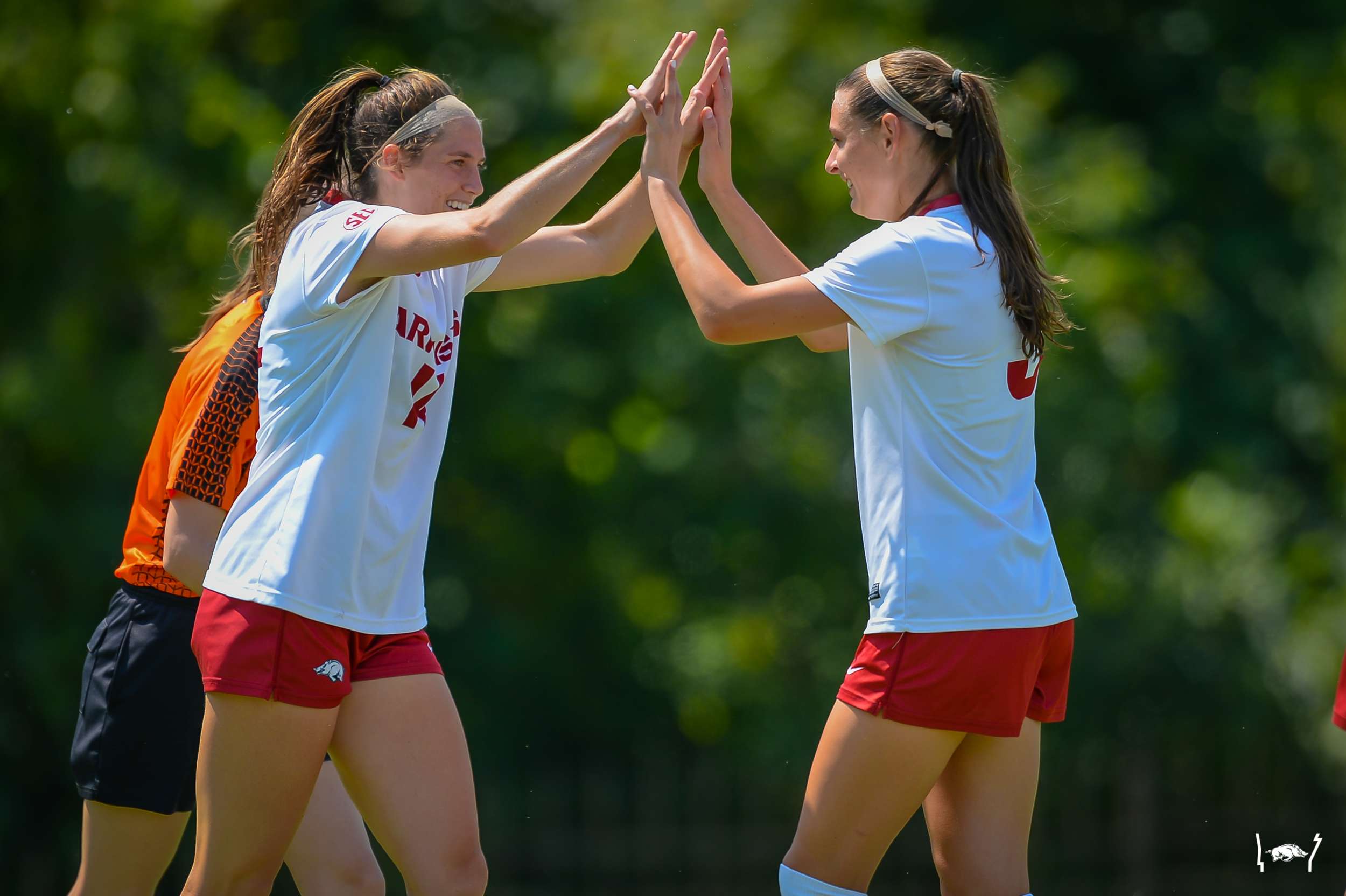 FAYETTEVILLE, Ark. – Razorback Soccer (4-1-1) secured another blowout victory as it downed the McNeese State Cowgirls (2-3-0) on Sunday afternoon at Razorback Field, 7-0. With the Razorbacks 7-0 win against Lamar on Thursday, Arkansas has now scored six-plus goals in back-to-back matches for the first time in program history.  The Hogs are outshooting their opponents on the season, 129-25.

>> Taylor Malham opened the Razorback scoring from just one yard out with the assists going to Parker Goins and Ashton Gordon.

>> Anna Podojil, the SEC Freshman of the Week, tacked on a goal as she put it past the Cowgirl goalie from the top of the box in the 6th-minute.

>> Goins made it 3-0 in the 7th-minute after getting on the end of cross from the left side of the pitch and putting it on goal with her right foot.

>> Stefani Doyle made a run in the 9th-minute as she poked the ball around the Cowgirl ‘keeper in the open field.

>> Malham added another one in the 13-minute as she put the ball in from a yard out.

>> Malham got her hat trick in the 50th-minute when she put a lefty shot past the Cowgirl goalie from the middle of the box.

>> Reagan Swindall tallied a goal for the second-straight match as she headed in a corner from Cara Young in the 76th-minute.

Arkansas will head to Waco, Texas for a matchup with the Baylor Bears on Thursday, Sept. 12. The Razorbacks earned a 3-2 home victory last year against BU. First kick is slated for 7 p.m. CT.