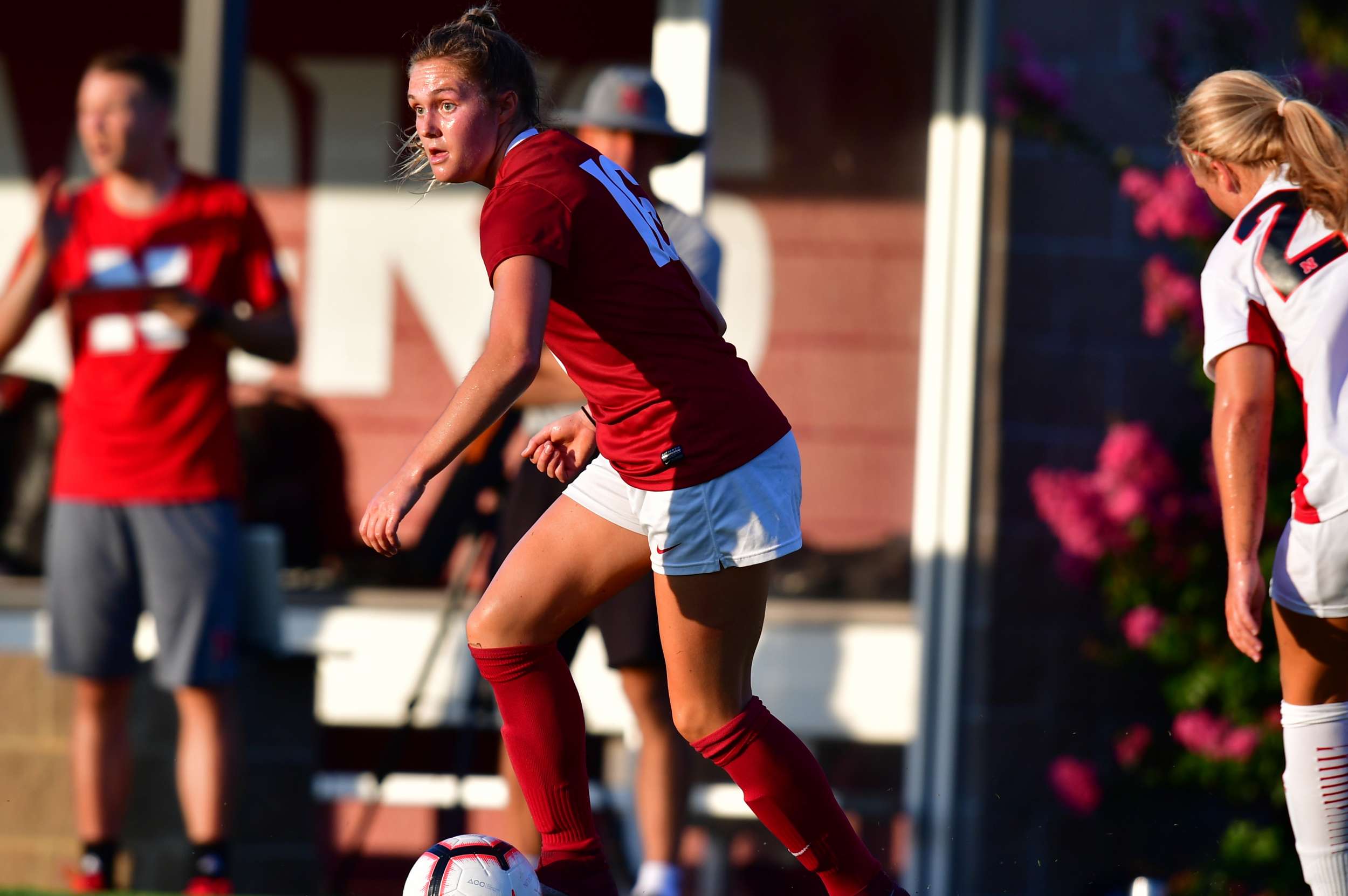 OXFORD, Miss. – The Razorback soccer team played to a 1-1 draw on Thursday night against the Minnesota Golden Gophers at the Ole Miss Soccer Stadium on the first night of the Rebel Classic.

>> After a quick 1-2 between Haley VanFossen and Taylor Malham, Anna Podojil put it around her defender in the 21st-minute, sending a shot to the right upper corner for her first career goal.

>> Minnesota would get the equalizer after a high ball dropped inside the box before Golden Gopher Sadie Harper would put in the back of the net for Minnesota.

The Razorbacks turned up the pressure early in the first stanza. Just 35 seconds in, Doyle connected with Malham, who sent a shot just over the cross bar. Arkansas recorded four shots and two corners, including a Tori Cannata header that went off the cross bar, in just the opening seven minutes.

The Razorbacks finally took the lead in the 21st-minute from the boot of Podojil. The Golden Gophers didn’t get off their first shot until the 36th-minute, which was saved by the right post.

Arkansas went into half with the one-goal advantage, leading the Gophers in the shots category, 6-2.

Coming out of the locker room, Minnesota would get their equalizer in the 55th-minute off the foot of Harper.

Looking for another goal, Malham split a pair of defenders to lead Doyle to space, but Gopher ‘keeper Maddie Nielsen made a diving stop to deflect Doyle’s first touch in the 79th-minute, as the teams headed into extra time.

Malham had another excellent opportunity as she got a shot off going across the face of goal that Nielsen could only deflect out of bounds for the Razorback corner. However, Arkansas couldn’t get anything off Parker Goins’ corner kick. Razorback ‘keeper Katie Lund came up big when she was 1-on-1 with Haley Hartkmeyer, making a save and then securing the loose ball in the 97thminute.

The two teams would stay scoreless in the final 10 minutes of extra time as Arkansas and Minnesota settled for a 1-1 tie.