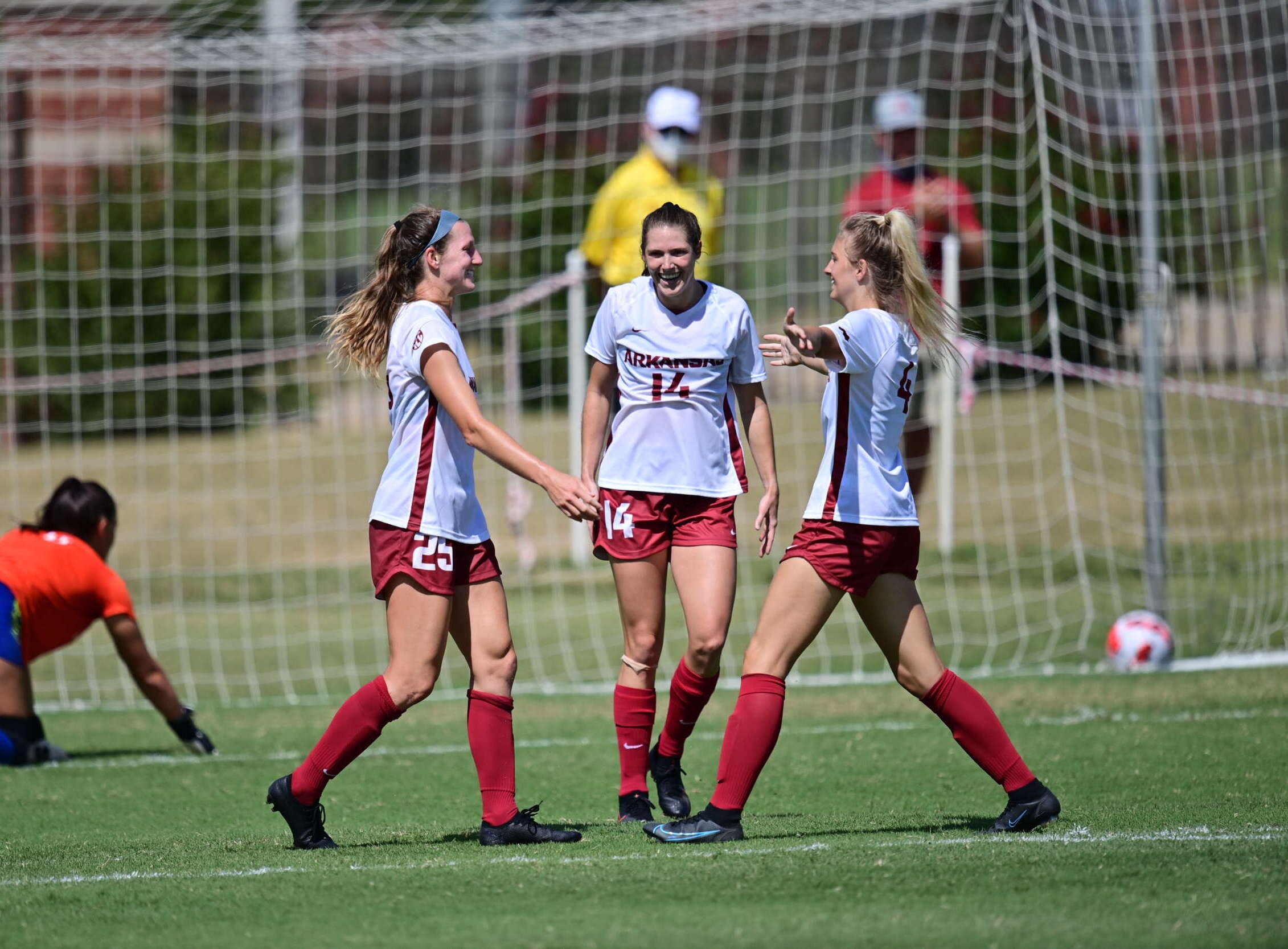 FAYETTEVILLE, Ark. – Arkansas soccer (6-2-0) extended its winning streak to six games by shutting out UT Martin (4-3-1), 4-0. The Razorbacks held the Skyhawks shotless until the 64th minute.

Junior forward Jessica De Filippo once again started things off, this time in the 13th minute. Anna Podojil played De Filippo back, where De Filippo took a lob shot over several opposing defenders and into the box, where it bounced past the keeper, into the lower-right corner of the goal. De Filippo netted her second goal in as many games.

The Razorbacks added to their lead in the 27th minute, this time from senior Parker Goins. Freshman Sophia Aragon connected with Goins directly in front of the goal, where Goins took it in for her fifth of the season.

Defender Cora Duinicnk tripled the lead in the 62nd minute. After a deflection off a UT Martin defender into fellow freshman Brooke Roberts’ foot, Duinick found the ball in the middle of the box, where she sent it off the hands of the goalie and into the lower right corner.

The final goal came from sophomore Ava Tankersley in the 72nd minute. After some back-and-forth on the attacking side, De Filippo broke through several defenders in the box, linking with Tankersley at the top of the six-yard box, where she knocked it in with a right-footed shot into the top of the net.

The Hogs outshot the opponents, 25-2, earning their third shutout of the season.

“We are getting better. UT Martin didn’t play a match on Thursday or Friday, and we knew they’d have fresh legs and be hungry for a result. We had some players who weren’t going to let that happen. We got better as the match went on; I think that speaks to our depth and our mentality.”