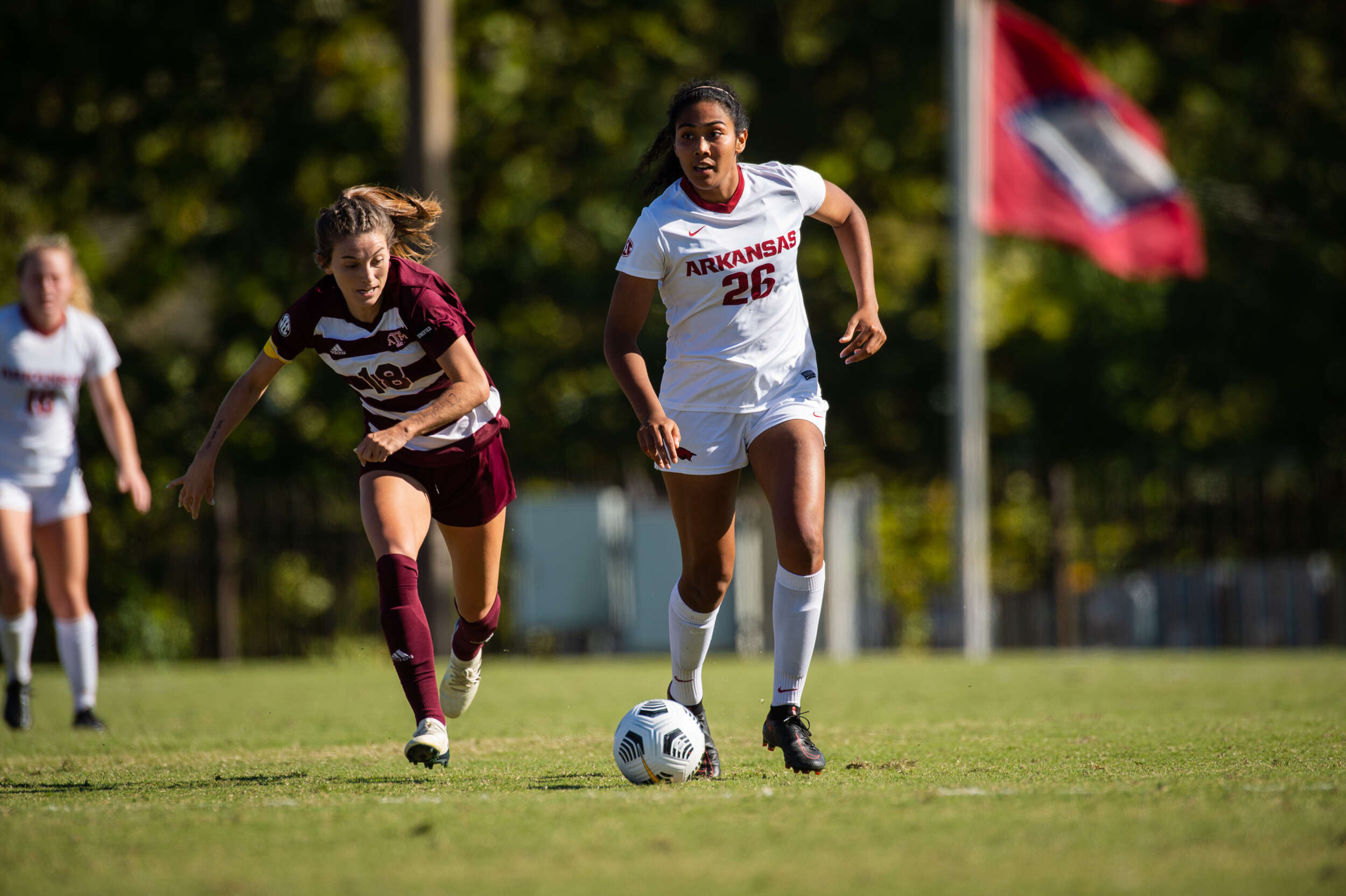 FAYETTEVILLE, Ark. – Razorback Soccer (9-2, 7-1 SEC) will open its spring slate of matches with a game against the Missouri State Bears (1-2-1) on Tuesday, February 23. First kick in Fayetteville is set for 5 p.m. CT.

Missouri State went 1-2-1 in four games with Central Arkansas and Missouri Southern this past fall. MSU tallied four goals, all scored by a different Bear, but also gave up five.

Kaitlin Maxwell leads the Bears in goal after being named back-to-back MVC Goalkeeper of the Year in 2018 and 2019. Last year Maxwell ranked second in the MVC in GAA (.972) and saves (73) and tied for third in shutouts (6).

The Razorbacks made their fifth-straight appearance in the SEC Tournament final but ending up falling to the Vanderbilt Commodores by a score of 3-1. After Kayla McKeon put away a goal just 46 seconds into the match, Vandy responded with three-straight goals to win the title. McKeon, Taylor Malham, and Anna Podojil were named to the SEC All-Tournament Team.

Arkansas was the No. 1 seed at the tournament and picked up wins against No. 15 Auburn and No. 10 South Carolina to advance to the championship. The Razorbacks earned the top seed after sharing the SEC regular season crown with Texas A&M and holding a head-to-head tiebreaker over the Aggies.

>> The Razorbacks are 13-3 all-time against Missouri State and 9-1 when playing in Fayetteville.

>> Arkansas was ranked No. 7 in the latest Top Drawer Soccer rankings released on Feb. 15. The Hogs were also ranked seventh in the last United Soccer Coaches poll released in the fall.

>> The Razorbacks won their second straight SEC regular season title in 2020, the only two in school history.

>> Colby Hale was named SEC Co-Coach of the Year and Anna Podojil was named the first SEC Forward of the Year in program history. Parker Goins and Haley VanFossen joined A. Podojil on the All-SEC First Team.

>> Goins was the first pick of the third round of the 2021 NWSL Draft by Racing Louisville FC. She’ll use her extra year of eligibility granted by the NCAA to play with the Hogs in the fall before joining former Razorback goalie Katie Lund in Louisville.

>> Arkansas put three on the MAC Hermann Watch List released on January 28th. Senior defender Haley VanFossen was named to the list for the second straight season while Parker Goins and Anna Podojil made their first career appearances. The Razorbacks are just one of five teams nationally to have three make the list.