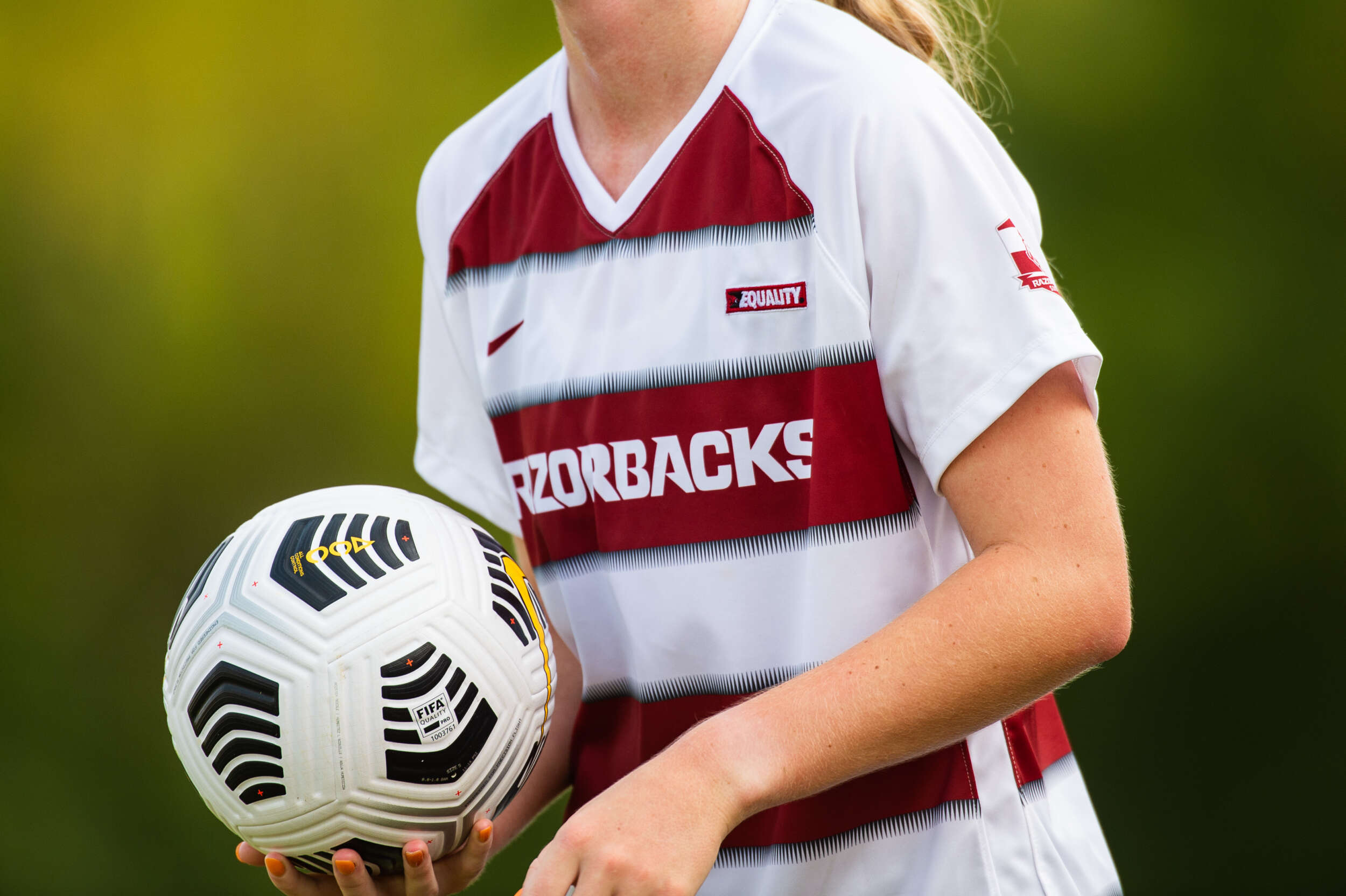 FAYETTEVILLE, Ark. – Razorback Soccer released its 2021 Fall schedule on Wednesday afternoon, Head Coach Colby Hale announced. Arkansas won it’s second-straight SEC regular season title last Fall and made a run to the SEC Tournament title game for the fifth-straight year. In the Spring portion of the season the Razorbacks advanced to the Sweet 16 for just the second time in program history.

The Hogs open action by hosting a scrimmage with UALR on Sunday, Aug. 8, with a 1 p.m. CT start time. The contest against the Trojans will be a ticketed event and concessions will be open at Razorback Field. It will be the first matchup between the two squads since a contest in the First Round of the NCAA Tournament in 2018.

Arkansas officially kicks-off the regular season by hitting the road for a pair of matches with perennial national powers at Duke on Aug. 19 and North Carolina three days later. Both the Blue Devils and Tar Heels advanced to the quarterfinals of last year’s NCAA Tournament, with UNC eventually falling in the semifinals to Santa Clara. The matchup with North Carolina will be a rematch of a 2019 battle at Razorback Field when the Hogs knocked off No. 1 North Carolina, 2-0. It was the first win over the top-ranked team nationally in program history.

The Razorbacks return to Fayetteville to host BYU for the first ever matchup between the two programs. The Cougars finished last season with an 11-4-1 record and ended the season ranked at No. 17 in the United Soccer Coaches poll. First kick against BYU on Monday, Aug. 30 is set for 7 p.m. CT. Arkansas then hosts a nonconference game with Stephen F. Austin before heading to San Antonio to take part in the UTSA Invitational. The Hogs begin SEC play against the Tennessee Volunteers at home on Friday, Sept. 17.

Arkansas will host SEC West foes Ole Miss, Alabama, and Mississippi State, as well as Missouri during the conference slate. The Razorbacks will look to once again advance to the SEC Tournament championship game when the weeklong competition kicks off on Sunday, Oct. 31 in Orange Beach, Ala.

Fans can still purchase their season tickets for just $25 and the full schedule can be found here.