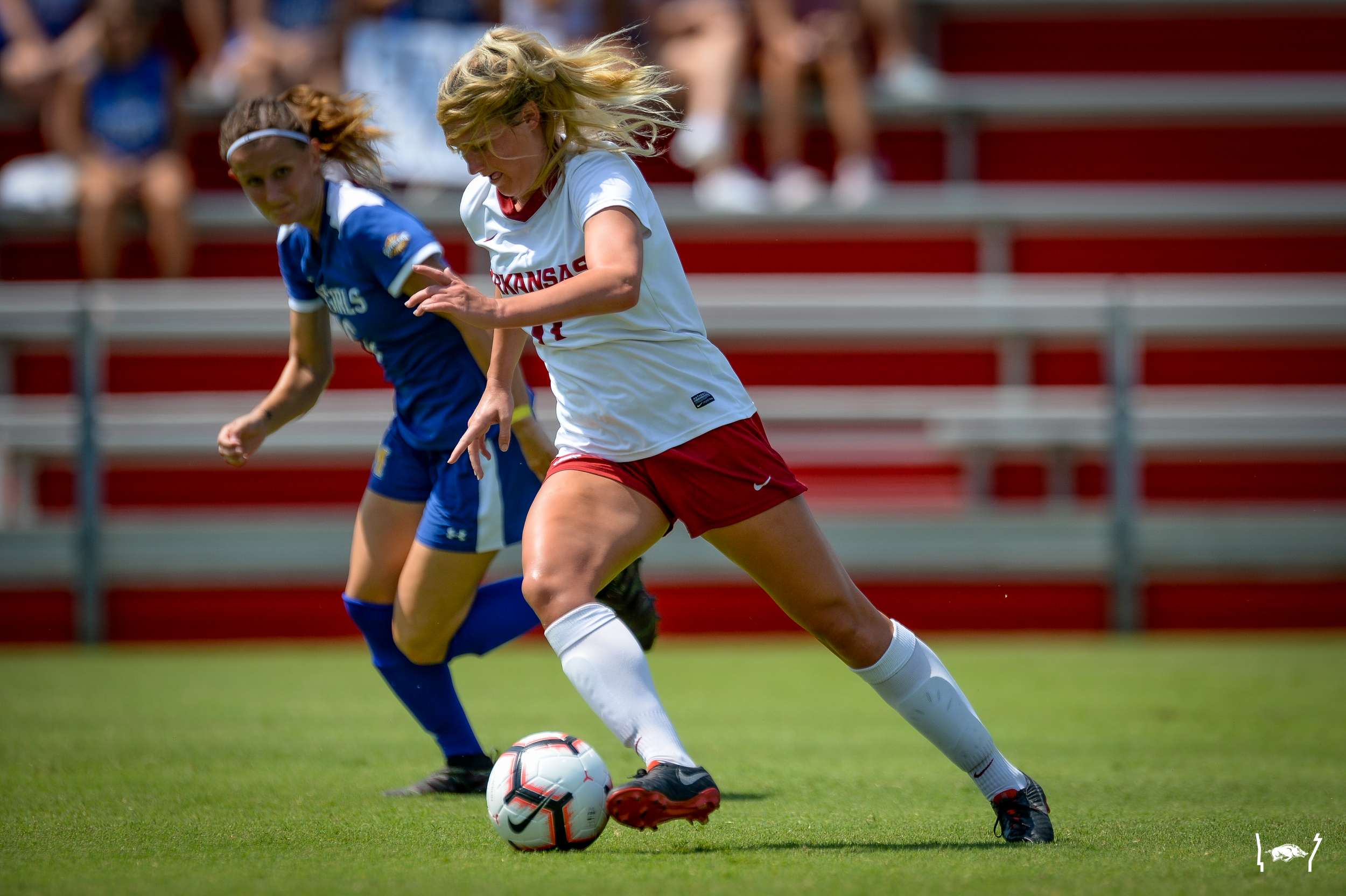 WACO, Texas – Arkansas Soccer (5-1-1) notched a 2-0 win over the No. 22 Baylor Bears (3-2-1) on Thursday night, ending Baylor’s nation-leading 15 match unbeaten streak at home. Stefani Doyle and Anna Podojil knocked in two late goals to seal the upset. The match was delayed more than two hours due to plane issues on the way down to Waco.

With the win tonight, the Razorbacks are outscoring opponents 25-2, including a margin of 148-38 in shots. The Arkansas defense has allowed just one goal in regulation all season.

>> The Razorbacks opened with multiple chances, including a ball sent by Tori Cannata across the face of goal that was just out of the reach of Taylor Malham.

>> Malham then returned the favor in the 31st-minute as she put in a cross that just skipped over the head of Cannata.

>> Early in the second half, the Razorbacks put a free kick on frame that was redirected by a Baylor defender to the upper post before Stefani Doyle put in the back of the net. However, the side judge called it back due to offsides.

>> The Hogs would put away two goals in the final six minutes to secure their second-straight win over Baylor.

>> In the 84th-minute, Parker Goins fought down the baseline, serving up a cross that Doyle redirected to the back of the net. The senior now leads the squad with five goals on the season.

>> Minutes later, Anna Podojil slotted it past the Baylor ‘keeper in the open field with just minutes to play in regulation.

“We talk a lot about what we want to be about. That was a very good overall performance. What we do with the ball has evolved and now we can add that to the work rate and press. We have a lot to work on, but considering the factors we had to overcome, I am very proud of the team.”