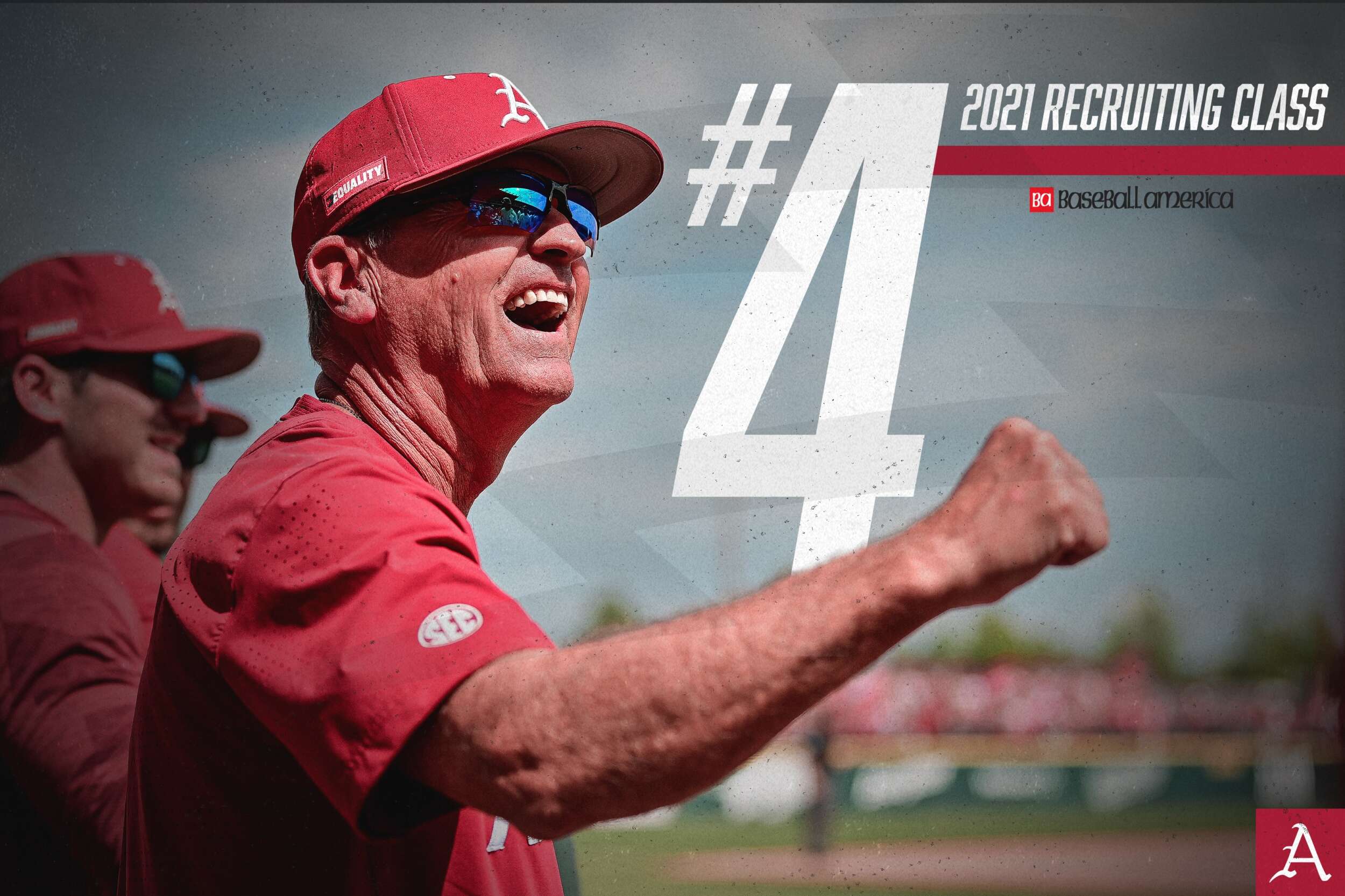 Overview: The Razorbacks continue to recruit well and this year their class is headlined by Stovall, the second-highest ranked prep player on the BA 500 not to sign.

Hitters: Stovall came on strong all spring as he continued to build an impressive track record for hitting, rising into first-round consideration for some teams. Ultimately, he opted to uphold his commitment to Arkansas and figures to make an immediate impact in the lineup. The left-handed hitter has a smooth swing, uses the whole field to hit and has above-average power potential. It will be interesting to see how Stovall fits into the Razorbacks’ infield. His arm strength led many scouts to believe he profiles best at second base, but he’s mostly been a shortstop to this point. Shortstop Drake Varnado (195) is a good athlete with plus speed and the tools to play somewhere up the middle. He has solid offensive upside, but still has to work out some rough edges to his swing. Outfielder Gabriel D’Arcy (463) has a big frame at 6-foot-3, 220 pounds and a powerful righthanded bat. Like most young power hitters, he has some inconstancies to his swing to work on, but his physicality and power give him upside. Kendall Diggs profiles best at third base thanks to his strong arm and powerful bat. He has quick hands and power potential. Catcher Max Soliz has a big right-handed bat and generates a lot of power with his 6-foot-5, 220-pound frame.

Pitchers: Left-hander Hagen Smith (168) last summer was sidelined while he recovered from Tommy John surgery he had in 2019, but this spring made a sensational return to the mound. He has a physical frame and can touch 96 mph, but more typically sits in the low 90s. He has good feel for his changeup and is working to develop a pair of breaking balls. Right-hander Nick Moten (287) was a late addition to the class, committing to Arkansas in March. He has a strong, physical frame and can run his fastball up to 95 mph with solid secondary stuff. He’s a good athlete and throws a lot of strikes. Right-hander Brady Tygart (407) came on strong last summer and has an athletic build. His fastball gets up to 95 mph, and he pairs it with a hard slider. Like Moten, right-hander Jack Faherty was a late addition to the class, has made an impressive jump over the last year and offers even more upside. He has a big 6-foot-4 frame and a powerful fastball that this summer touched 97 mph. Right-hander Vincent Trapani has long been a good strike thrower and now has seen his velocity tick up to the low 90s. Right-hander Dylan Carter, a junior college transfer, saw his stuff make a jump this summer and now runs his fastball into the low to mid 90s, giving him intriguing upside.

UCLA, Florida and Vanderbilt held down the top three spots, respectively, in Baseball America’s recruiting class rankings. In total, 11 SEC programs, including Arkansas, were listed in the publication’s Top 25.