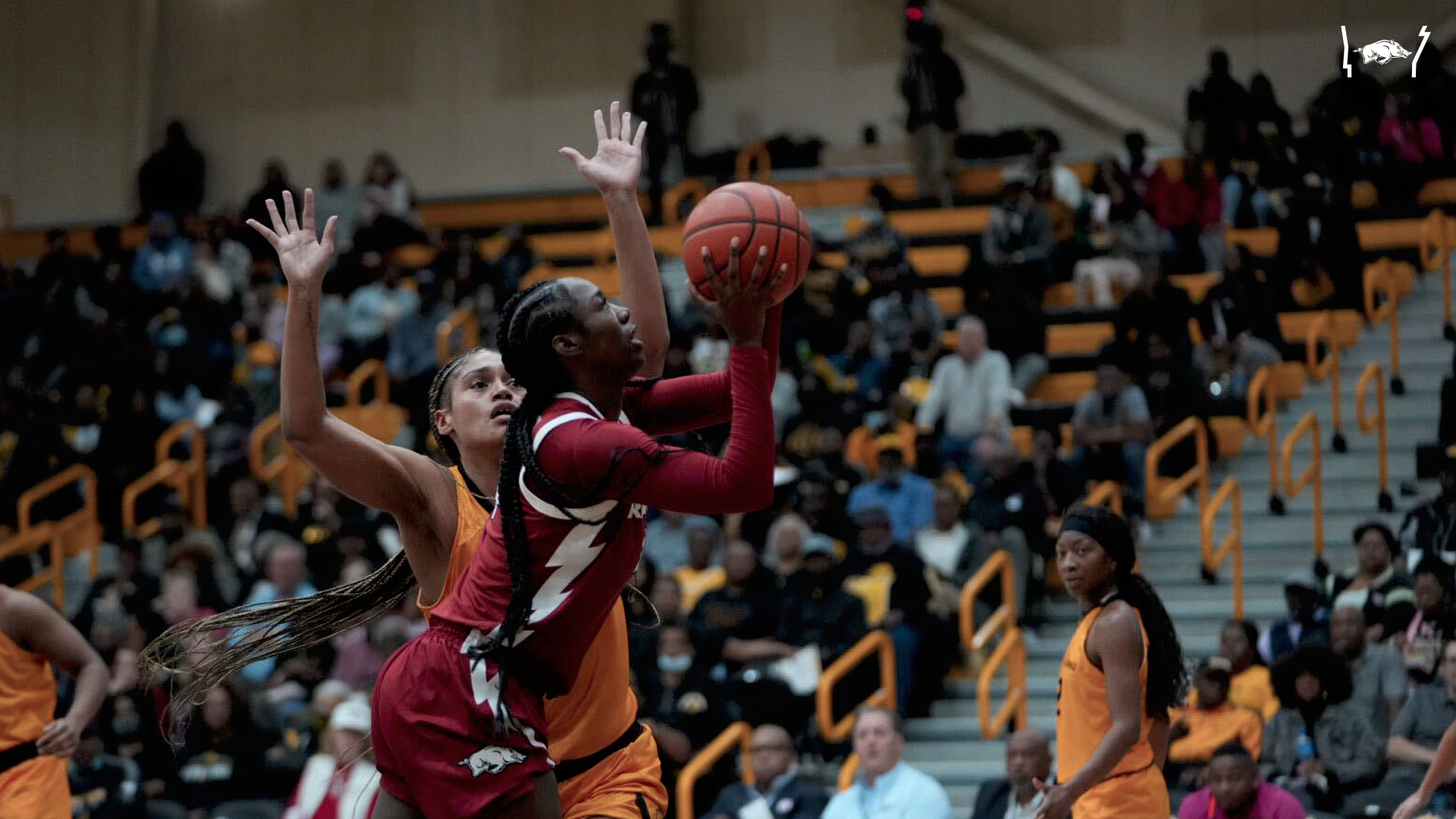 PINE BLUFF, Ark. – Arkansas women’s basketball (1-0) took down sister school Arkansas – Pine Bluff (0-1) on Monday night, 70-50 to kick off the 47th season of the program. The Razorbacks took a 42-17 edge going into the locker room behind 52.6% shooting, and despite being outscored 33-28 in the second half, the team kicked off the season with a big 20-point win in an electric environment. Four players reached double digits, led by Erynn Barnum’s 17 points.

Chrissy Carr delivered the Razorbacks their first basket of the 2022-23 season off a triple. UAPB would then go on a 4-0 run to take the lead, 6-5, just a little over three minutes into the game. That lead was their only one of the game and was short-lived, as Saylor Poffenbarger responded with a 3-pointer followed by Barnum registering a basket off a steal. In a hard-fought defensive battle in the first quarter, Arkansas had the edge, 15-10.

Arkansas came out of the locker room with a 42-17 advantage. The Razorbacks kept up the momentum in the beginning of the second half, getting to the foul line three times in the matter of 25 seconds. In the opening four minutes of the third quarter, Arkansas outscored the Lions, 14-6 to extend their lead to 33 points. Samara Spencer delivered seven of her 15 points in the third quarter alone. After a Barnum layup off a turnover with 3:51 left in the third quarter, the Razorbacks found some trouble from the field.

The Razorbacks would be quieted from the field until 2:19 remaining in the game courtesy of a Maryam Dauda layup. Arkansas at least got to the line in the fourth quarter, going 5-for-8 from the charity stripe. Free throw shooting was a struggle in a loud, sold-out environment, as the Razorbacks shot 19-for-44 from the free throw line on Monday night. Despite being outscored 15-9 in the fourth, Arkansas’ hot start was just what the team needed to start out the season 1-0.

Arkansas will host Central Arkansas for its home opener on Friday, Nov. 11 at 10:30 a.m. The game serves as Arkansas’ Elementary Day, marking the first time since 2019 the Razorbacks will host this event.