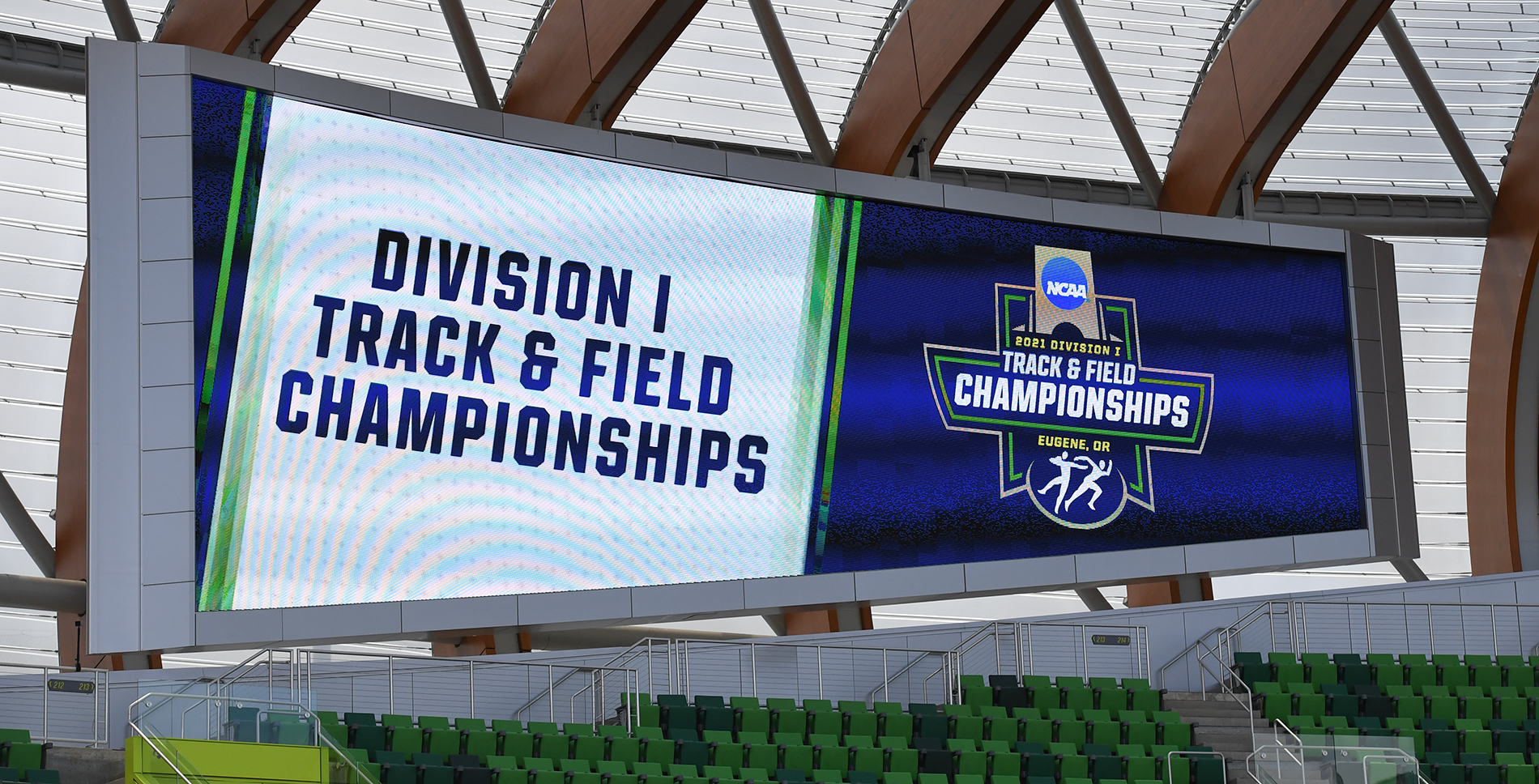 Razorbacks challenge for a third NCAA top 10 finish this season

EUGENE, Ore. — It’s championship week for the Arkansas Razorbacks, who seek a third top 10 national finish in 2021 as the NCAA Outdoor Championships take place in Hayward Field from June 9-12 on the University of Oregon campus.

Ranked No. 18 in the most recent USTFCCCA national merit rating index based on entries in the national championship meet, Arkansas will have 14 athletes among nine entries in seven events. They will compete on Wednesday and Friday this week while the decathlon is completed on Thursday.

“This is going to be an incredibly tough meet,” said Razorback men’s head coach Chris Bucknam. “It’s changed a little bit because of the 6th-year covid athletes in there, and we have a few in the meet as well. It’s as tough as I’ve ever seen it. We’re really going to have to be dialed in order for us to score the points we need to finish among the top 10.

“That would be a great finish for us, considering what we have entered in the meet. We’re battling for every point we can in any place we can.”

Coverage of the NCAA Championships will air on ESPN2 and ESPNU with field events available on ESPN3.

Earlier this year Arkansas tied for seventh at NCAA Indoor and placed fourth in the NCAA cross country meet held a couple of days later.

The USTFCCCA John McDonnell Program of the Year honors the men’s team with the best combination of finishes from the three championships held during the school year.

“We’re in the mix for the John McDonnell Program of the Year trophy and I think Iowa State is our main competition,” noted Bucknam. “We hope we can have a high enough finish where we can come away with that award.”

As far as the team favorite for the national title this weekend, that designation is held by No. 1 LSU.

“It took us until the final two events to defeat them for the SEC title,” said Bucknam of LSU. “They’re good across the board and they’re clearly the favorite this weekend. Oregon will give them a run on their home track.”

Markus Ballengee and Daniel Spejcher start things off for the Razorbacks with the decathlon starting at 1 p.m. (PT) on Wednesday. Also in action on the first day in semifinal races are both relays as well as Phillip Lemonious and Carl Elliott, III, in the 110m hurdles. Gilbert Boit competes in the final of the 10,000m at 7:38 p.m. (PT).

On Thursday, the decathlon continues with an 9:30 a.m. (PT) start and will conclude with the 1,500m at 3:46 p.m. (PT). Finals held on Friday include Amon Kemboi in the 5,000m and LaQuan Nairn in the triple jump, along with other Razorbacks who advance from the semifinals.