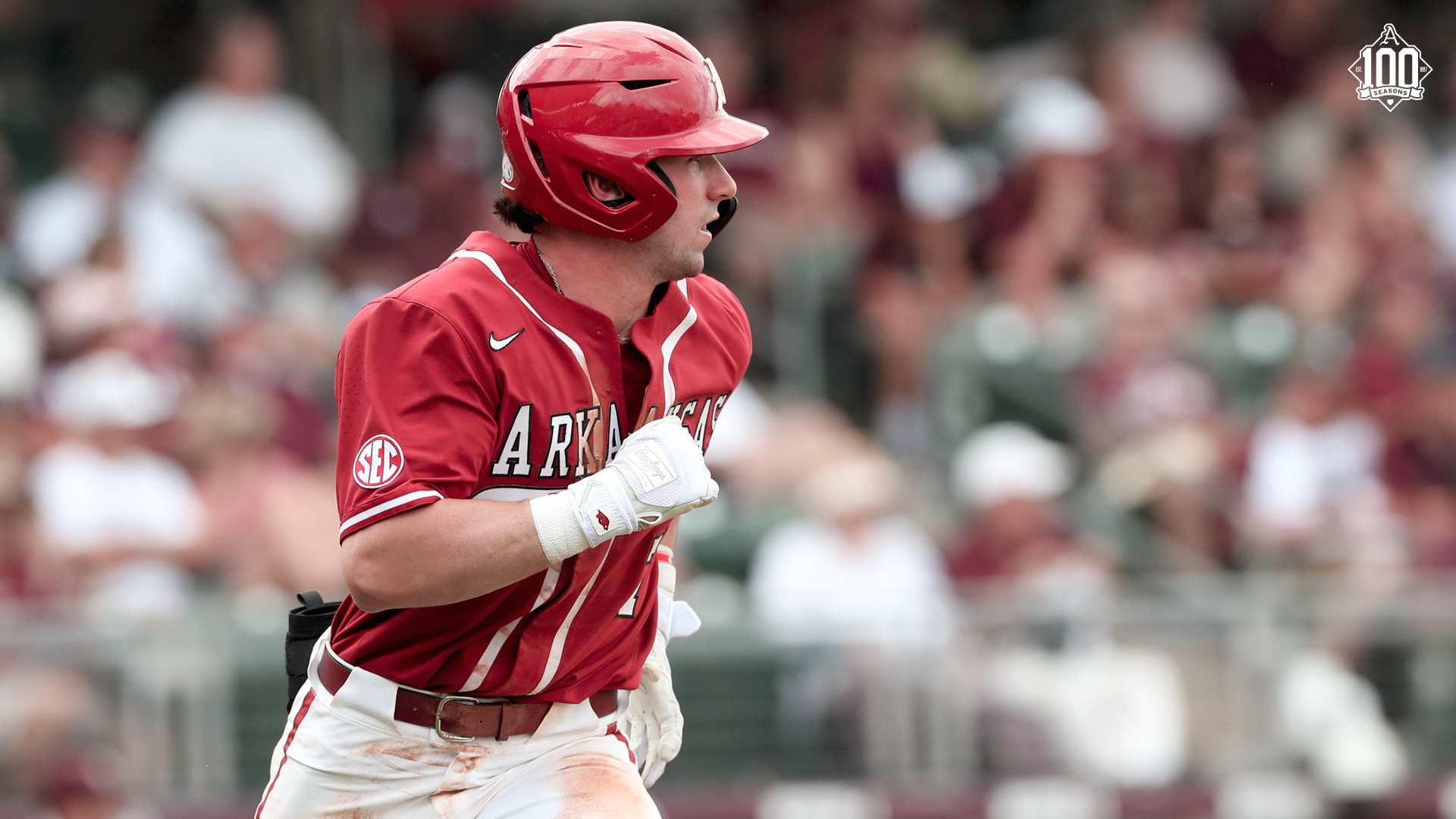 The Aggies jumped all over the Hogs with five first-inning runs to knock out starter Jaxon Wiggins after he recorded just one out in the opening frame. Texas A&M continued to break through against the Razorback bullpen, scoring runs in every inning until the bottom of the sixth to take control of the ballgame.

After going scoreless over the first three frames, Arkansas’ offense showed signs of the life in the middle innings with runs in the fourth, fifth and six. Jalen Battles was responsible for a pair of those runs, launching a mammoth blast to left in the fifth.

Battles was one of four Arkansas hitters, along with Peyton Stovall, Michael Turner and Cayden Wallace, to record multiple hits on the afternoon. His two-run homer was his seventh of the year, third most on the Hogs this season.

Facing an 11-5 deficit headed into the top of the eighth, the Razorbacks continued their comeback effort with five runs in the frame. Wallace’s leadoff homer was the start of seven consecutive Arkansas hitters reaching base in the eighth.

Chris Lanzilli and Stovall each collected RBI singles before Dylan Leach came up clutch with a bases-loaded RBI double down the right field line, closing the Hogs’ deficit to one. Leach’s pinch-hit base knock put runners on second and third with no outs, but Arkansas could not take advantage as the next three hitters went down on strikeouts.

Brady Tygart provided a perfect inning of relief in the bottom half of the eighth, giving Arkansas one more opportunity to tie the game in the ninth. The Razorbacks’ comeback magic fizzled there, however, as Texas A&M eked out the 11-10 win.

Arkansas returns to action with a trip to Dickey-Stephens Park in North Little Rock, Ark., to square off against UCA on Tuesday, April 26. First pitch in the midweek contest between the Razorbacks and Bears is set for 6 p.m.