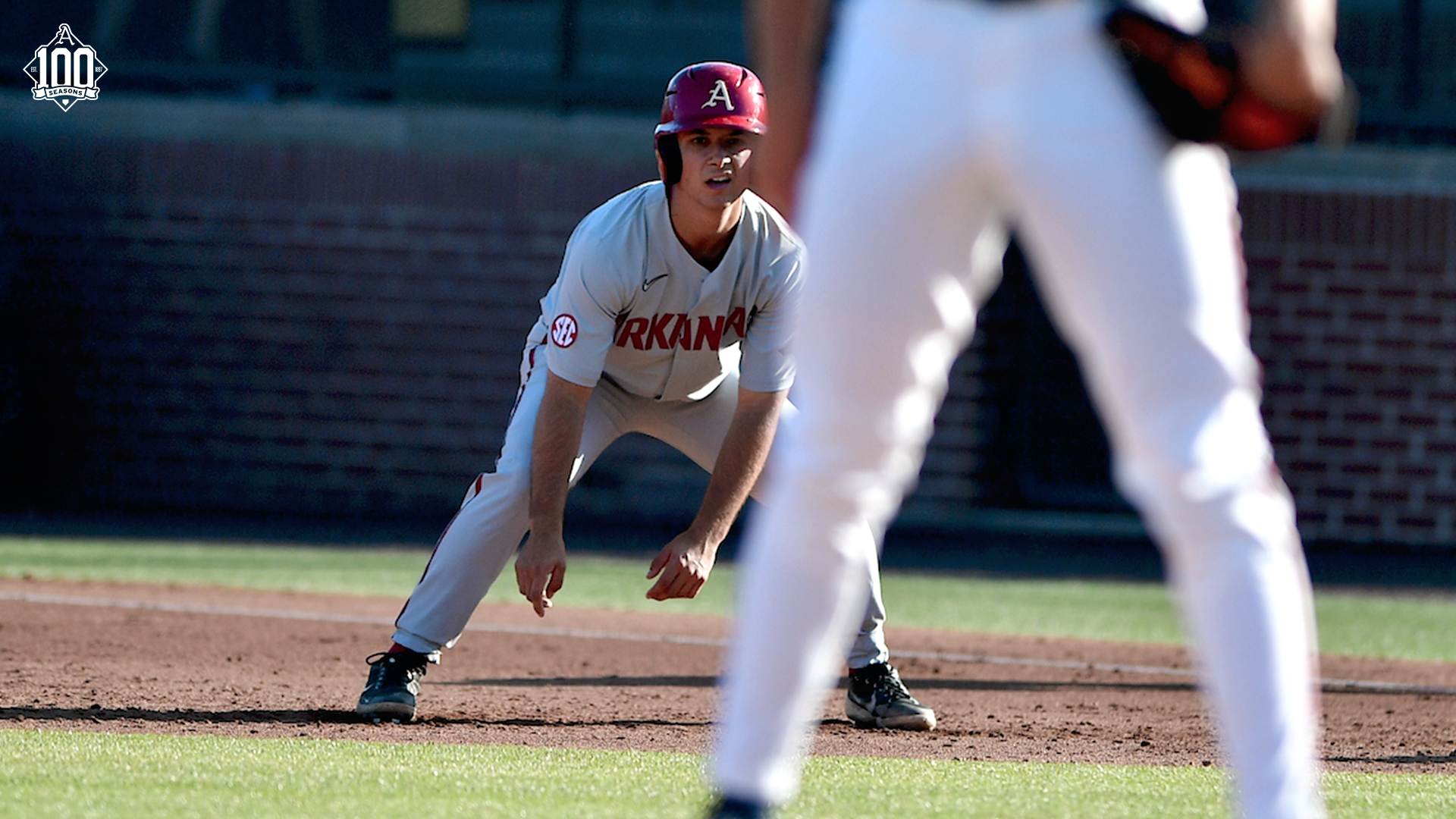 The Hogs and Tigers will meet in the rubber game of the series on The Plains at 1 p.m. Sunday, May 8, on SEC Network+. Arkansas will look to clinch its fourth consecutive series victory over Auburn when it takes the field tomorrow afternoon.

Arkansas jumped out to an early lead on Saturday, going ahead by one on Braydon Webb’s RBI single in the top of the second. Kendall Diggs scored from second on Webb’s base knock through the left side.

Auburn returned fire in the bottom half of the frame, however, launching a leadoff homer to even the ballgame at one apiece. The Tigers took Razorback starter Hagen Smith yard again in the third inning to open their first lead of the day.

Moore’s first of two runs batted in on the afternoon came in the top of the fifth. The Razorback second baseman grounded out to second base, scoring Cayden Wallace in the process to knot things up at two.

Arkansas regained the lead in the top of the seventh on Moore’s second RBI of the game, his team-leading 11th multi-RBI performance of the year. Wallace scored on Moore’s sacrifice fly to center to give the Hogs another one-run advantage.

Just like their first lead, the Hogs’ second lead would not hold up. Auburn’s third solo home run of the afternoon came in the bottom of the seventh and evened the game at three.

Auburn proceeded to put the game away for good in the bottom of the eighth by breaking through for two more runs against the Arkansas bullpen. The Razorbacks went down in order in the ninth to seal their 5-3 defeat.

Hard-throwing righty Jaxon Wiggins will get the ball to start for Arkansas in tomorrow’s decisive game three against Auburn. Wiley Ballard (play-by-play) and Gregg Olson (analyst) have the call in the series finale on SEC Network+.