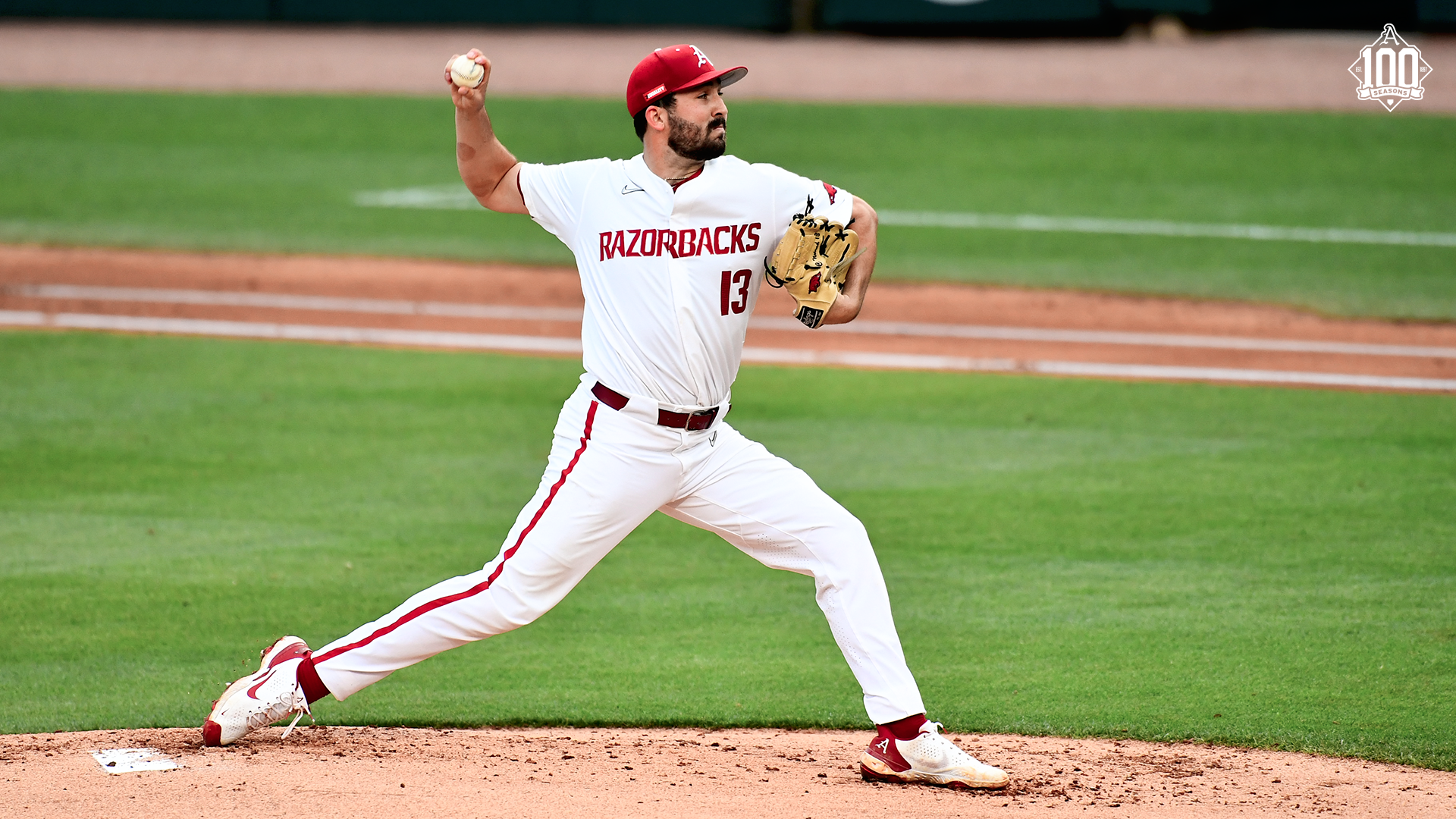 Razorback starter Connor Noland battled adversity on the mound all night. The veteran right-handed allowed four runs on 11 base hits and four walks but still managed to turn in a career-long outing of eight innings in the losing effort.

After exchanging zeroes over the first three innings, Ole Miss opened the scoring with a run in the top of the fourth and three more in the top of the fifth. All three of the Rebels’ runs in the fifth came with two outs as Arkansas could not find a way to escape the inning unharmed.

Ole Miss’ four-run lead held strong until the eighth. Braydon Webb’s two-run homer with no outs ended Rebel starter Dylan DeLucia’s night, but only after he had struck out nine over seven innings of two-run ball.

Arkansas could not capitalize on its newfound momentum as the next three hitters went down in order against Ole Miss reliever Brandon Johnson to end the inning. Razorback left-hander Evan Taylor emerged in relief of Noland and worked a 1-2-3 top of the ninth with two strikeouts to keep the Hogs within two headed into the bottom half of the inning.

Johnson remained unhittable, however, setting down the final three Arkansas batters. He retired all six he faced in relief of DeLucia to secure his fifth save of the season and preserve the Rebels’ 4-2 win.

This weekend’s series continues tomorrow night in prime time on ESPN2. Tom Hart (play-by-play) and Kyle Peterson (analyst) have the call from Baum-Walker Stadium, with first pitch coming at 7 p.m.