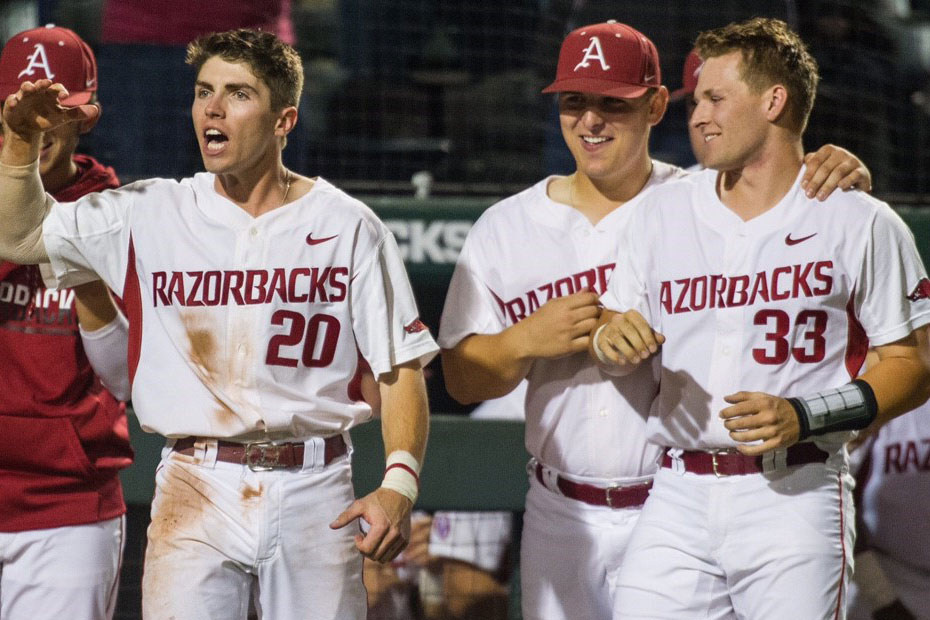 BIRMINGHAM, Ala. — The 16th-ranked Arkansas baseball team earned the No. 4 seed for the 2017 SEC Tournament Saturday afternoon giving it a bye through Tuesday’s first-round games, which are single elimination. The Razorbacks will play the winner of fifth-seeded Mississippi State and 12th-seeded Georgia on Wednesday, May 24 at approximately 8 p.m. at Hoover Metropolitan Stadium.

The Razorbacks ended the regular season with a 39-15 record and an 18-11 mark in SEC play to finish second in the SEC West and fourth overall. It’s a 13-game turnaround from a year ago that saw the Hogs finish 26-29 and miss the postseason for the first time in 14 years. The fourth-place finish is also its highest since finishing third in 2013 with an 18-11 record.

Arkansas won six of its 10 conference series this year, including sweeps of Mississippi State and Georgia. In those six series wins, the Razorbacks went 14-4 and hit .298 as a team with 27 home runs and 109 runs scored.

Sophomore Eric Cole led all Hog hitters over that span with a .367 average (18-of-49) with four doubles and a .456 on-base percentage. Jax Biggers, Luke Bonfield, Dominic Fletcher, Chad Spanberger, and Carson Shaddy all hit over .300 during the same span, combining for 22 home runs and 75 RBIs.

In the sweeps over Mississippi State and Georgia, Arkansas won all six games by a combined score of 44-17 and got some of its best pitching performances on the mound. Blaine Knight earned victories in both series, pitching six or more innings both times and giving up just one run in each game.

Arkansas is in search of its first SEC Tournament championship in program history. It will be making its eighth appearance in the last nine years and 22nd overall.

The Razorbacks have made three SEC Tournament championship game appearances in their history, finishing runner-up in 1998 to Auburn, in 1999 to Alabama, and in 2007 to Vanderbilt.

The team’s last appearance in the tournament field came in 2015 when the Hogs won their first two games against Tennessee and Florida, reaching the quarterfinals.

The most tournament wins for Arkansas came in 1999 when it won four games before falling to the Crimson Tide in the championship game. As head coach, Dave Van Horn is 16-22 in 12 SEC Tournament appearances.

The second game of each session will begin 30 minutes after the conclusion of the first game.