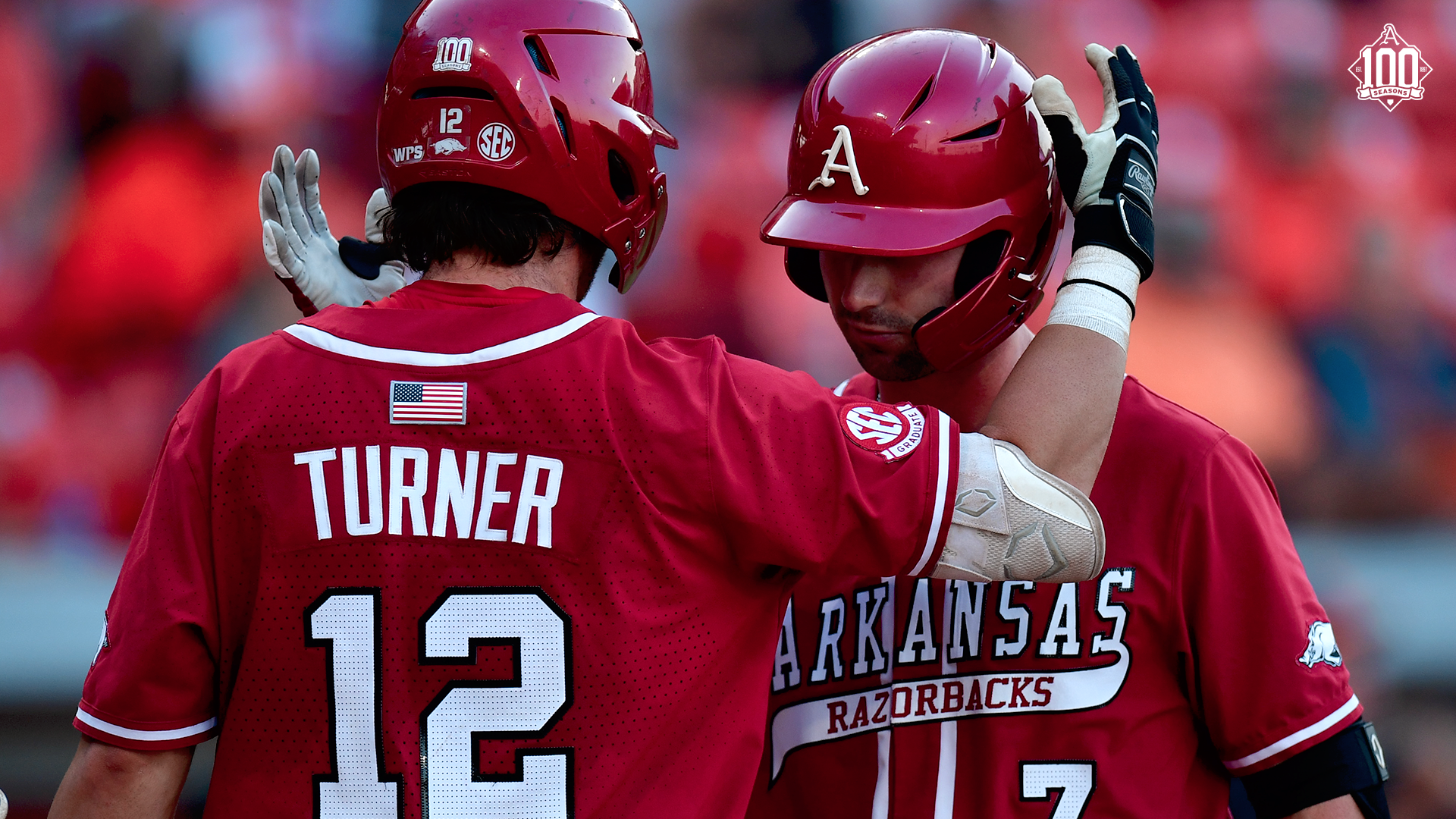 STILLWATER, Okla. – The Razorbacks and Cowboys will play once more to decide who will punch their ticket to an NCAA Super Regional.

No. 2 seed Arkansas (40-19) went back-and-forth with host and No. 1 seed Oklahoma State (42-21) before falling, 14-10, in 10 innings on Sunday night in the NCAA Stillwater Regional final. First pitch in Monday’s decisive game between the Hogs and Pokes is set for 6 p.m. at O’Brate Stadium on ESPN2.

For the second night in a row, Arkansas and Oklahoma State exchanged blows all game long. The two teams combined for 24 runs on 29 hits on Sunday after totaling 32 runs on 29 hits in yesterday’s thriller.

The Razorbacks took an early 1-0 lead on Brady Slavens’ RBI single in the bottom of the first, but the Cowboys stormed back with plenty of offense of their own to open a 6-3 lead after five innings of play. The Hogs refused to back down, though, as Cayden Wallace’s two-RBI single in the bottom half of the sixth cut Arkansas’ deficit to one.

Wallace finished the night 3-for-6 at the plate with two runs scored and three runs batted in. The Razorback third baseman homered for the fourth consecutive game, swatting a solo blast to left center in the fifth – his fifth dinger in his last four games – to take over the team lead in home runs with 15.

While Oklahoma State led, 7-5, entering the bottom of the eighth, Michael Turner was ready to play hero. With his team down by one, Turner blasted a go-ahead two-run homer to right to put Arkansas up, 8-7, and in position to lock down a win in the ninth to send the Hogs to their 10th NCAA Super Regional in program history.

The Cowboys, however, had other plans. Oklahoma State broke out for three runs in the top half of the ninth to take a 10-8 lead before turning the ballgame over to closer Nolan McLean to secure the victory and stave off elimination for at least one more day.

The Hogs were once again not finished. Slavens’ second and third RBI of the night tied the game at 10 apiece as he brought home Zack Gregory and Peyton Stovall with a single down the right field line to force extras.

Unfortunately, Arkansas’ comeback magic would run out in the 10th. Oklahoma State scored four in the top half of the inning to put the game away for good, pulling out a 14-10 win over Arkansas.