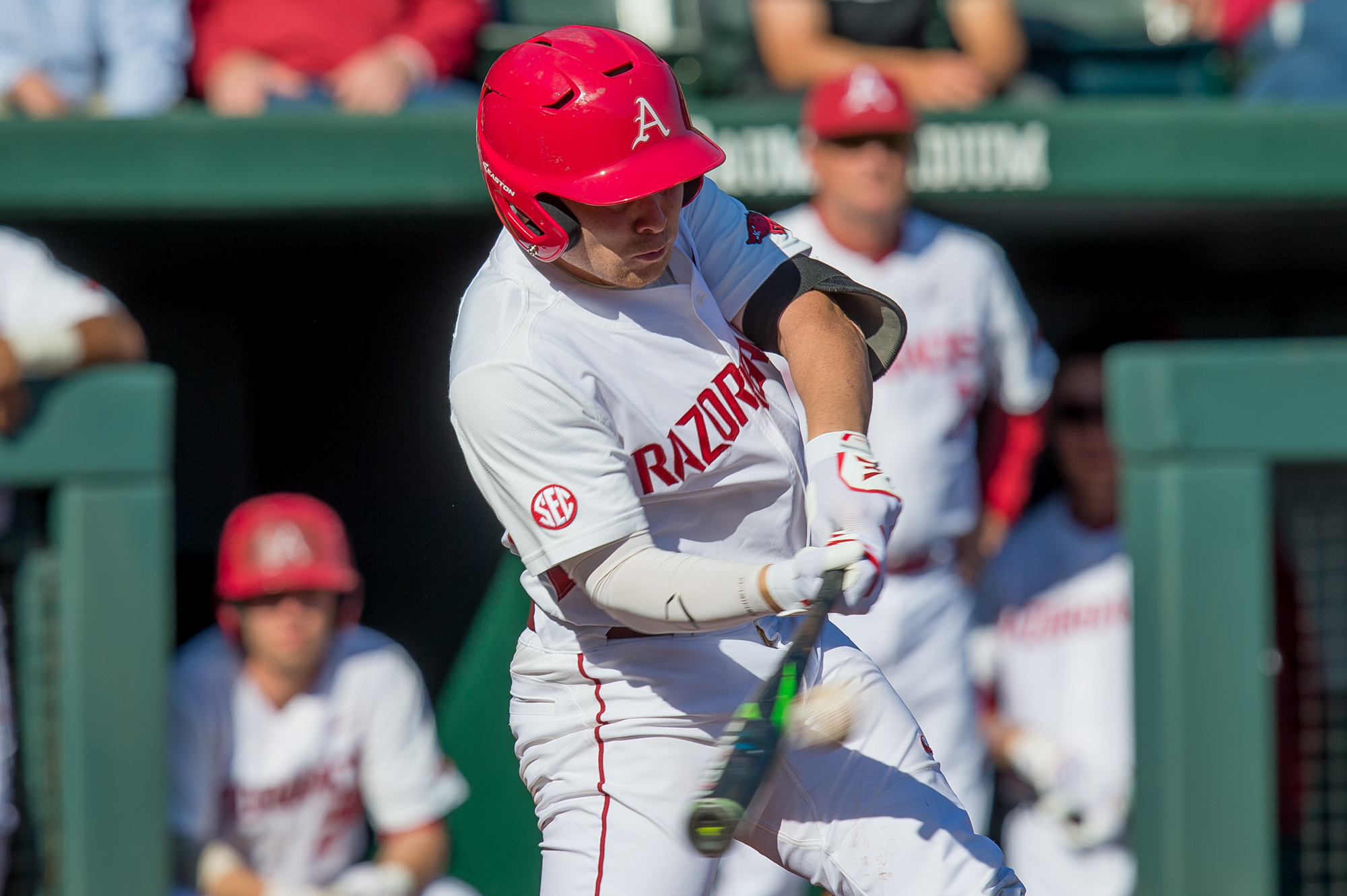 Razorbacks Get Gonzaga For Midweek Series

FAYETTEVILLE, Ark. – After winning its second-straight home weekend series, the 14th ranked Arkansas baseball team gets back on the field Wednesday for what will now be a single mid-week game with West Coast Conference-foe, Gonzaga (5-6). Arkansas is coming off a 2-1 series win over Eastern Illinois, which was capped by a walk-off walk by Cullen Gassaway in the bottom of the ninth inning Sunday, defeating the Panthers, 3-2.

After getting rained out Tuesday afternoon, the Hogs and Bulldogs will try to play again Wednesday at the originally scheduled time of 3 p.m. at Baum Stadium.

Arkansas is 10-2 on the year, reaching the 10-win plateau faster than any of the previous four seasons. As of Monday, the Razorbacks found themselves nationally ranked in the Top-20 of all six of the national baseball polls, the highest at no. 14 in the USA Today/ESPN poll.

Gonzaga is 5-6 on the season coming off a series loss at No. 7 TCU. The Bulldogs are currently in the midst of a 12-game road swing with 10 games being played in Texas while Gonzaga is on its spring break.

Tuesday and Wednesday’s games with Gonzaga are both scheduled for a 3 p.m. first pitch at Baum Stadium.

Follow Live
Fans can catch tomorrow’s game on SEC Network+ and WatchESPN app with Alex Perlman (PXP) and Troy Eklund (Analyst) on the call as well as on the radio on the IMG Sports Network with Phil Elson (PXP) and Rick Schaffer (Analyst) calling the action.

Leading Off
•  Arkansas will face West Coast Conference-member Gonzaga on Wednesday. Gonzaga is 5-6 on the year and is coming off a 2-1 series loss to TCU last weekend.
•  The Razorbacks are coming off a  2-2 week with two wins over Eastern Illinois to earn its second-straight home series victory. The Hogs were set back slightly during its midweek tilt with Louisiana Tech as they lost their first game of the season, 3-2 to the Bulldogs.
•  Before last Wednesday’s loss, the Razorbacks were off to an 8-0 start in 2016, their third-best start under current head coach Dave Van Horn and fourth-best start in school history. It’s the best start since 2006, when the Hogs started 9-0 under Van Horn.
•  Junior Jake Arledge had himself a weekend against Eastern Illinois. Arledge hit .429 with a triple and two home runs. Both of his long balls came in game two against Eastern Illinois as Arledge went 3-for-6 in the game with four runs scored and three RBI. The two home runs is a new personal single-game high as a Razorback. Arledge is the third Razorback to have a multi-home run game this season. Both Carson Shaddy and Michael Bernal have turned in multi-homer games.
•  Before last Saturday, the Razorbacks hadn’t committed an error in six-straight games, the longest such streak under Dave Van Horn.
•  Sophomore pitcher Keaton McKinney turned in his best start of the season Sunday against Eastern Illinois as he went seven strong innings, scattering just four hits and only allowing one earned run and one walk. McKinney was locked in for his final five innings of work as he retired the final 15 of 17 batters he faced.

Arledge Doesn’t Want To Sit On The Bench

•  Junior college transfer Jake Arledge made the most of his three weekend starts against Eastern Illinois.
•  Arledge hit .429 with a triple and two home runs over the three-game series.
•  Both of his long balls came in game two against Eastern Illinois as Arledge went 3-for-6 in the game with four runs scored and three RBI.Arledge is the third Razorback to have a multi-home run game.

•  The Razorbacks didn’t put up as many runs last weekend as was seen at the Houston College Classic, however, the pace the offense has put up runs this year is still at a high rate.
•  In its three games against Eastern Illinois, Arkansas scored 17 runs. Overall this season, the Hogs have scored 105 runs.
•  The 105 runs is the second-highest total in the SEC (Texas A&M, 110) and has Arkansas as just one of four teams in the conference with 100 or more runs scored.

Arkansas’ series history against Gonzaga is not very extensive until recently. The Hogs and Bulldogs have faced off with each other five times in the last four seasons, four of those meetings occurring in Fayetteville. Before the 2012 season, the two teams only played twice, in 1990 and 1992. Gonzaga actually owns the advantage in the all-time series, 4-3, and is the winner of the last three meetings.

Last season, the Bulldogs took both contests of a midweek series, winning 6-2 and 15-5 at Baum Stadium.