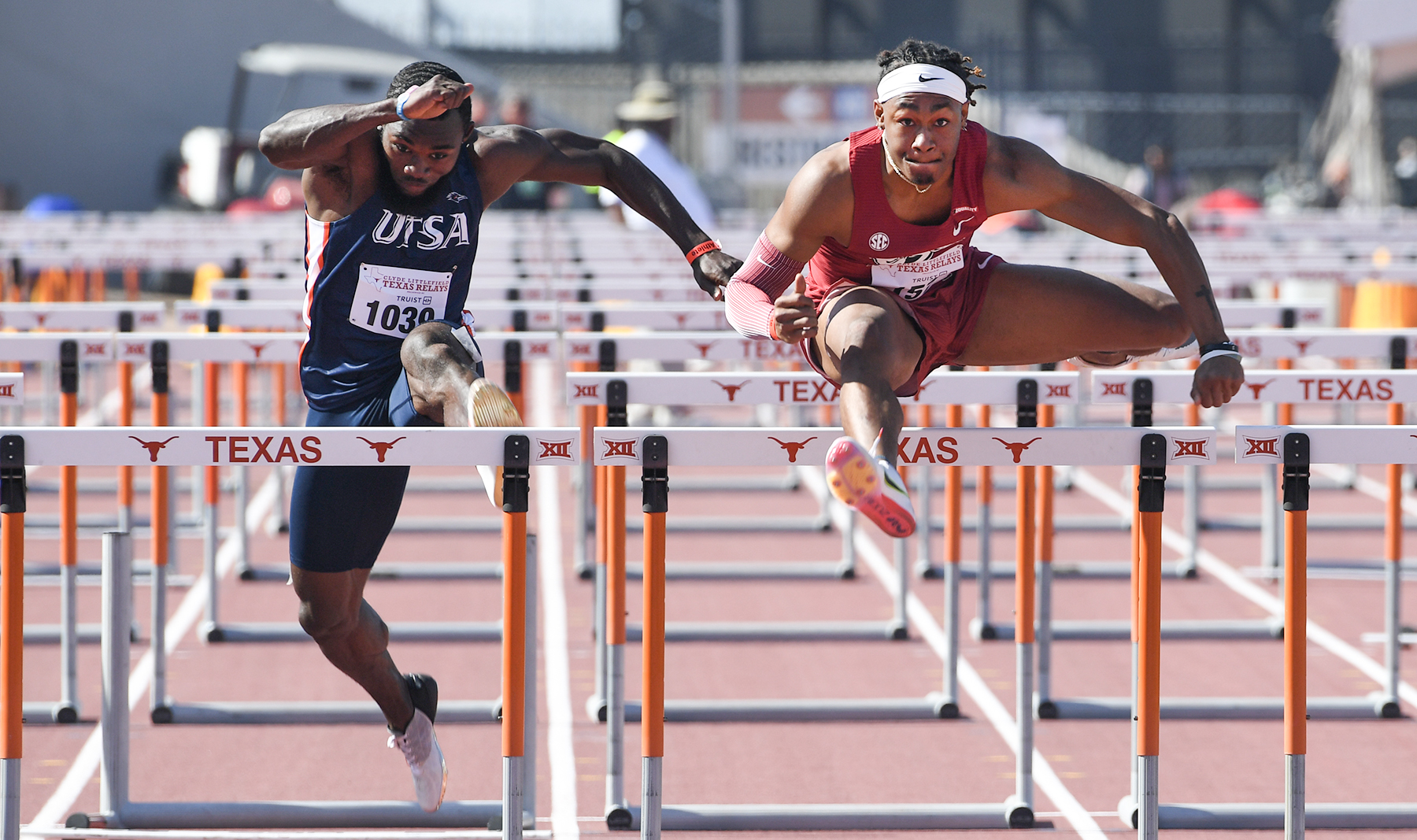 FAYETTEVILLE – Arkansas hosts the John McDonnell Invitational this Thursday and Friday, April 7-8, with a total of 18 schools scheduled to compete.

This will be the first of four outdoor meets the Razorbacks host at John McDonnell Field this season. In May, Arkansas hosts the Arkansas Twilight on May 6. That same weekend the University of Arkansas serves as host of the USATF Championships in the decathlon and heptathlon on May 6-7.

In late May, from the 25-28, the Razorbacks host the NCAA West Preliminary rounds to determine half the field for the NCAA Championships in Eugene, Oregon.

“We are in that crawl, walk, run phase, and we’re probably in that walk phase right now in a macro look at our whole team,” noted Arkansas men’s head coach Chris Bucknam. “We’re trying to get some reps in and some work in as we try to inch our way forward.

“This meet is an important stepping-stone for us as far as being on our home track, getting some races in and competing. We’ll also get our field event athletes going.”

Thursday’s events in the John McDonnell Invitational include the men’s and women’s hammer throw, with the men starting at 3:30 p.m. and the women following at 6 p.m.

The men’s field of 24 throwers includes a pair of Razorbacks in Ruben Banks and Ben Ryer along with Arkansas alum Erich Sullins.

Live results of the meet are available here: https://flashresults.com/2022_Meets/Outdoor/04-07_JMD/.

While a select number of Razorbacks competed at the Texas Relays two weeks ago and in the Stanford Invitational this past weekend, a few more members of the Arkansas team will open their outdoor campaign in the John McDonnell Invitational.

Arkansas multi-event athletes, scheduled to compete in the decathlon next week, will compete in a couple of events Friday with Ayden Owens, Daniel Spejcher, and Noah Swaby entered in the 110m hurdles and discus.

Some Razorbacks will drop down from their normal distance this week. The 800m crew will race over 400m while the milers compete at 800m. Entered in the 1,500m are Ryan Murphy and Carter Persyn.

Arkansas will have a total of nine entered in the 110m hurdles. In addition to the three multi-event entries, the Razorback group will include Shaka Bogan, Tre’Bien Gilbert, Phillip Lemonious, Matthew Lewis-Banks, Blanchard Montgomery IV, and Brevin Sims. Montgomery is also entered in the 400m hurdles along with Ethan Carney.

The 100m and 200m will include five Razorbacks in the shorter race and nine in the half-lap race.

In addition to Sullins there are a few other Arkansas alums competing. They include Andrew Irwin (pole vault), Kemar Mowatt (400m hurdles), and Marqueze Washington (100m).