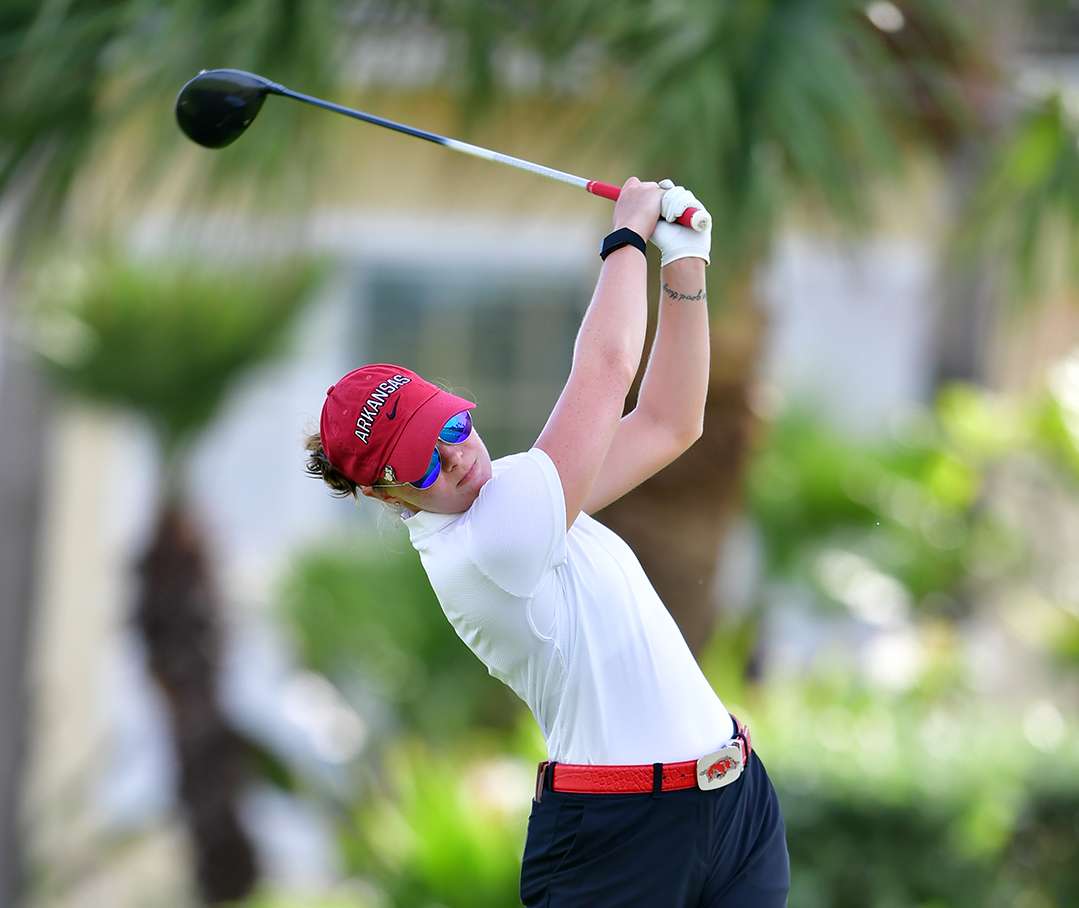 Razorbacks In Second After Round One at the White Sands Invitational

NASSAU, Bahamas – No. 16 Arkansas Women’s Golf got off to a hot start at the Ocean Club Golf Course in the Bahamas on Monday, firing a five-under-par round on day one. The Hogs trail only Texas, who shot a staggering 12-under as a team in the first round.

Freshman Ela Anacona had the best round of her young career on Monday morning, carding a career-best 69 in round one. It was Anacona’s first collegiate round under 70, and her fifth round of the season under par. Anacona is currently tied for fourth on the individual leaderboard.

Following behind Anacona was senior Grace St-Germain, who is off to another good start after not playing in North Carolina. St-Germain fired a 70 in the opening round in Nassau, matching the lowest round of her season so far. The senior is currently tied for eighth.

Freshman Kajal Mistry had a nice bounce back during the opening round in the Bahamas, firing a 71 in her first round of action, good enough for a share of 12th place heading into round two. The 71 was her fourth round under par so far in her collegiate career.

Julia Dean, who made her debut for the Razorbacks this season, and is playing as an individual, shot a 75. She is currently tied for 42nd.