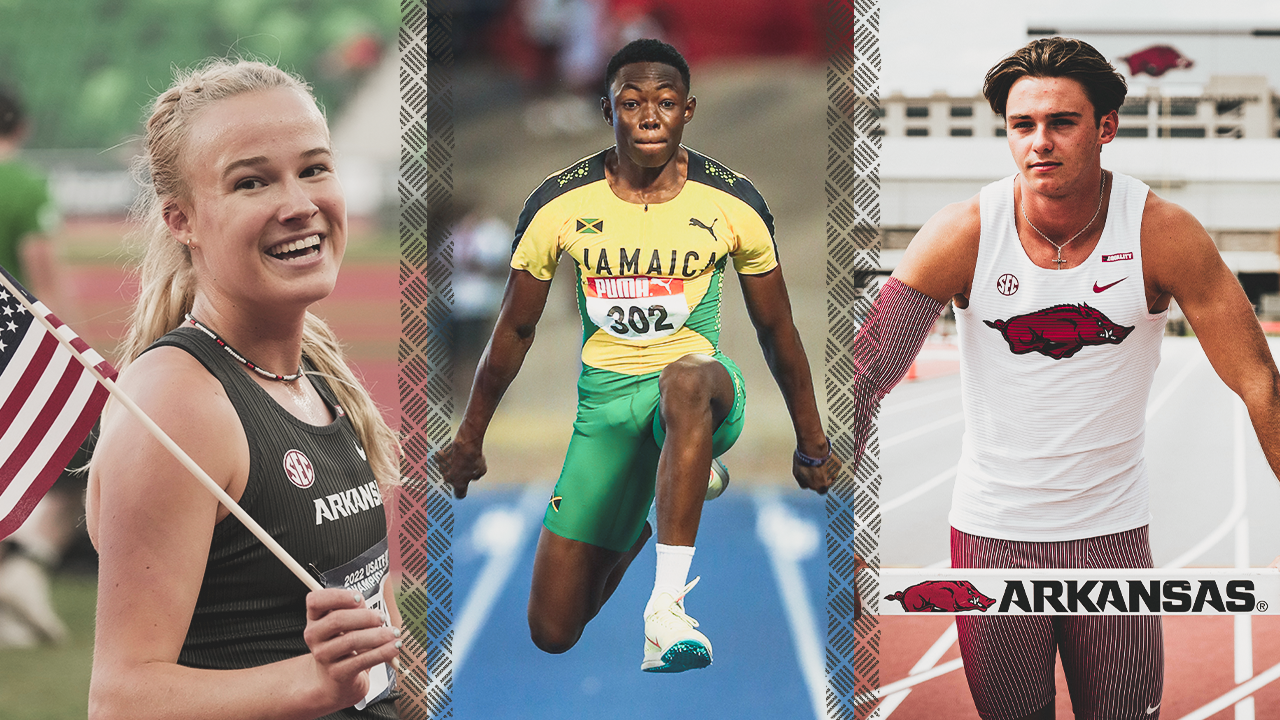 A pair of summer international meets will involve a trio of Razorbacks competing at the World U20 Championships in Cali, Colombia, while six athletes with ties to the Arkansas program are competing in the Commonwealth Games held in Birmingham, England.

Current Razorback Heidi Nielson will represent the United States in the 3,000m and 5,000m in the World U20 Championships, which will be held from August 1-6. Joining her in Cali are a pair of incoming Arkansas freshmen in Jaydon Hibbert of Kingston, Jamaica, and Grant Williams of Celina, Texas.

Coverage of the World U20 Championships will be available on NBC’s Peacock in the United States. Elsewhere, the World Athletics YouTube website will offer a live stream. Further information is available here: https://bit.ly/3zHqdeU.

Athletics Weekly, a British athletics magazine, predicts medals for Perinchief (gold), Mowatt (silver), and Sember (bronze). Coverage of the Commonwealth Games is available through recaps on the Olympic Channel in the United States. Those with access to BBC coverage will have the ability to watch live action.

Hibbert, the Jamaica senior champion this season, headlines a junior field of 21 jumpers from 18 countries in the triple jump. The only other entrant with a 16m jump this season is India’s Selva Thirumaran at 52-7.25 (16.03) while Ethan Oliver of New Zealand is third best this season at 52-5.25 (15.98).