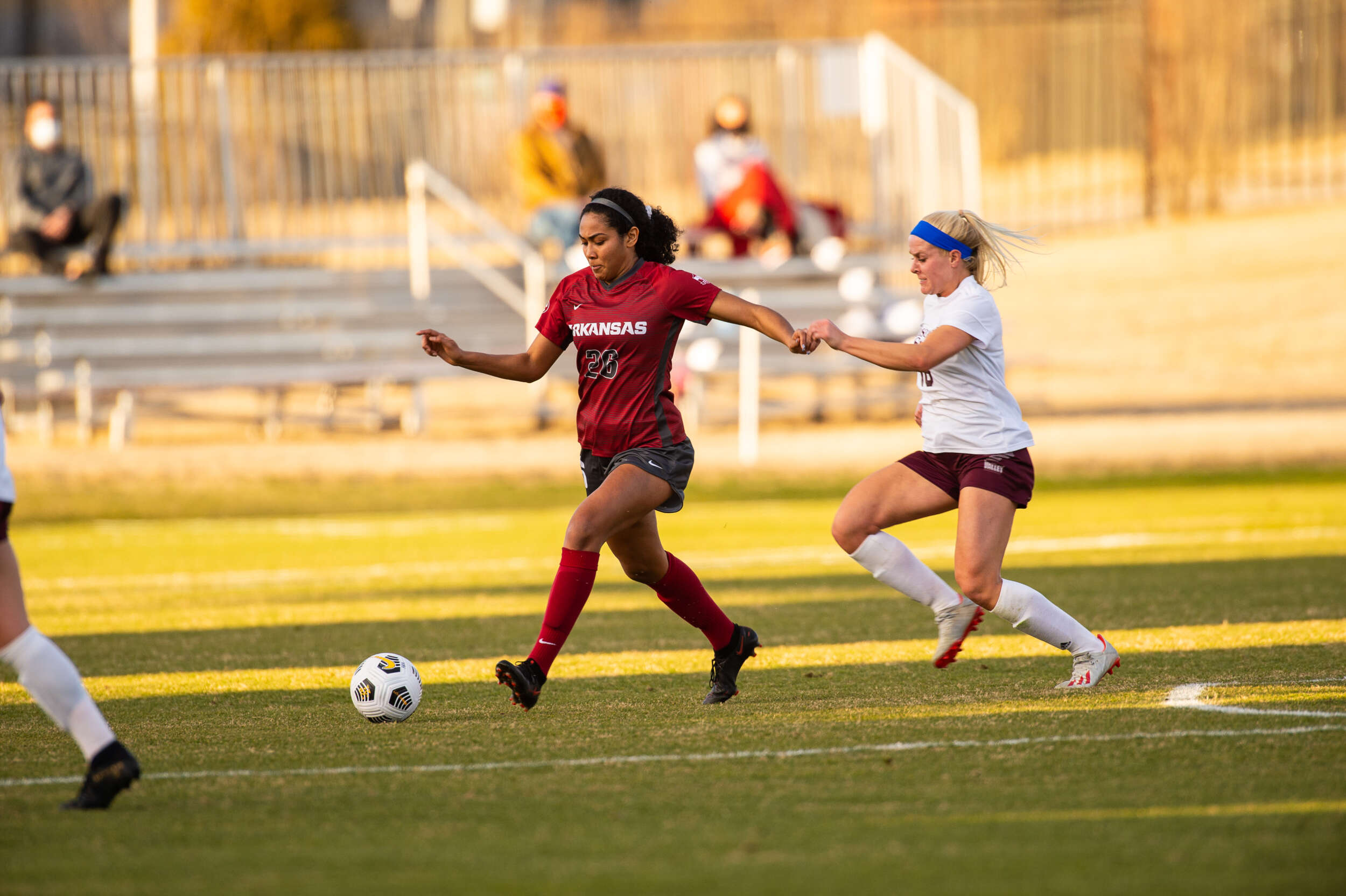 FAYETTEVILLE, Ark. – The Razorbacks are set to open the 2021-22 season with a trip to North Carolina, facing No. 6 Duke and No. 3 North Carolina.

Arkansas is looking to continue its success from the 2020-21 season, a campaign in which the Razorbacks won their second straight SEC Regular Season Championship and advanced to their fifth straight SEC Tournament Championship match. The Hogs defeated Utah Valley in the first round of the NCAA Women’s Soccer Tournament and advanced to the second Sweet 16 in program history.

The Blue Devils are coming off a preseason exhibition victory against No. 7 Clemson. Duke finished the 2020-21 season with a 12-5-4 record, attaining a third-place finish in the ACC, making it to the Elite 8 of the NCAA Women’s Soccer Tournament.

North Carolina finished 2020-21 with an 18-2 record, earning the ACC regular season championship, and finishing as the runner-up to Florida State in the ACC Tournament. The Tarheels made a run in the NCAA Tournament, losing to Santa Clara in the Final Four. The Tar Heels allowed only nine goals last season.

Arkansas most recently faced Duke in Fayetteville during the 2016-17 season, winning the match 2-1 against the No. 2 ranked Blue Devils.

The Tar Heels and the Razorbacks last met in Fayetteville during the 2019-20 season. The Razorbacks shutout North Carolina, then the No. 1 team in the nation, 2-0, with junior Anna Podojil and senior Parker Goins providing the offense.

The Razorbacks, along with Texas A&M, were picked to finish first in the SEC, as chosen by the league’s coaches.