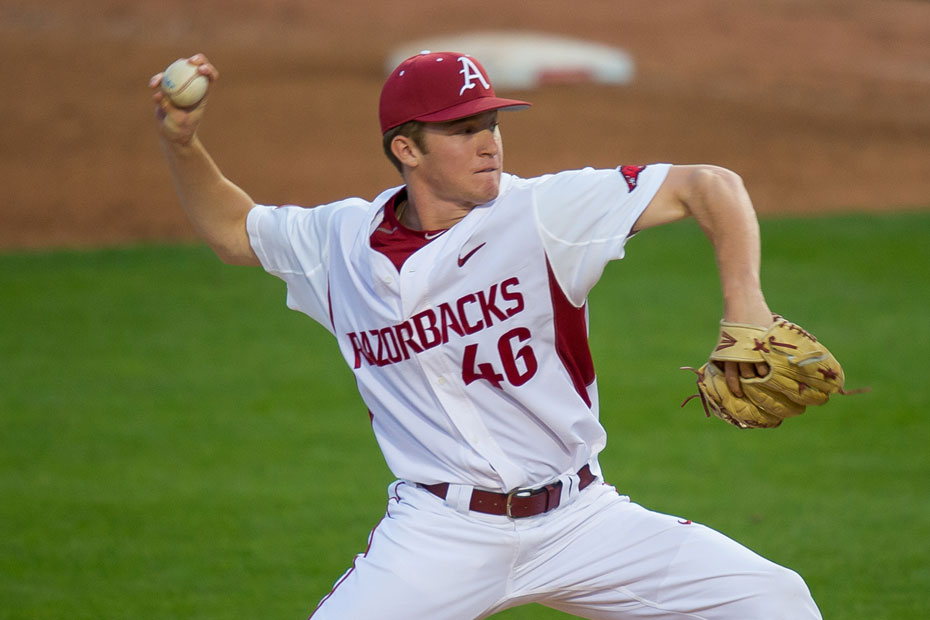 FAYETTEVILLE, Ark. – After a successful two weekends on the road, the No. 14 Arkansas baseball team will return to their home turf for a two-game midweek series starting on Tuesday against Grand Canyon University. First pitch between the Razorbacks and Antelopes will be at 6:30 p.m. at Baum Stadium and it will be Bark At The Park Night.

Follow Live
The game will be available on SEC Network+ via the WatchESPN app or WatchESPN.com with Alex Perlman (PXP) and Troy Eklund (Analyst) on the call. Phil Elson (PXP) and Rick Schaeffer (Analyst) will also call the game for the Razorback Sports Network on the radio.

Right-handed pitcher Barrett Loseke will get the start on Tuesday against the Antelopes, his first of the year. The sophomore made six starts last year as a freshman, four coming in conference play. This year, Loseke has been one of the strongest arms for the Razorbacks out of the bullpen as he has a 2.87 ERA with three wins in seven appearances.

Sophomore lefty Kacey Murphy will start on Wednesday after starting each of the last three midweeks. Murphy has left to give up more than two runs in each of those midweeks and has struck out 18 batters combined over those three starts.

Winning two of three against the Crimson Tide, Arkansas has come out on the winning side of its first three SEC series for the first time since 2009. The Hogs have done it with strong hitting up and down their lineup including 10+ hit games in each of their wins over Alabama. As a team, the Hogs are batting .288 with four players batting over .300.

One player starting to show increased production is junior Chad Spanberger. On Sunday, Spanberger had a career-high four hits. Over his last six games, all against SEC opponents, Spanberger is hitting .379 with four multi-hit games and seven RBIs.

On the mound, sophomore Blaine Knight has led the charge last week as he’s won his last three starts, all Friday night starts in SEC play, going six or more innings and striking out seven or more batters. Knight currently has 48 strikeouts on the year against just two walks, giving him the best strikeout-to-walk ratio in the nation (24:1). Since SEC play started, Knight has a 1.71 ERA and is holding opponents to a .151 average, good for fourth in the league.