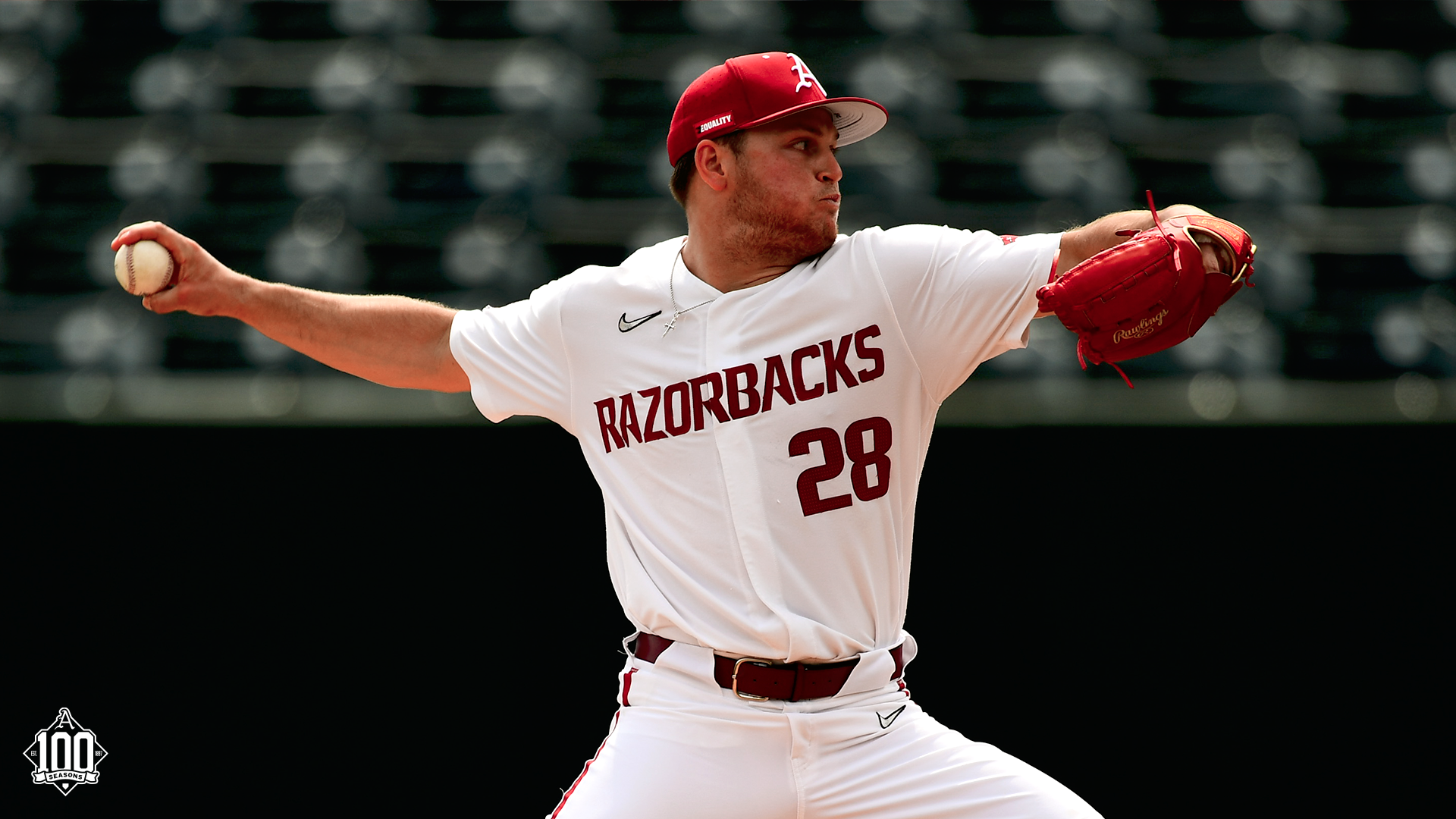 FAYETTEVILLE, Ark. – No. 6 Arkansas (25-7) continued its dominance over in-state opponents with a seven-inning doubleheader sweep of UAPB (7-21-1) on Tuesday night at Baum-Walker Stadium.

The Razorbacks fired back-to-back shutouts against the Golden Lions, including a combined seven-inning one-hitter in their 15-0 win in game one of the twin bill. Arkansas completed the doubleheader sweep with a 6-0 shutout win in the nightcap, tossing a seven-inning combined three-hitter in the process.

Tuesday night’s back-to-back shutouts were the first for Arkansas since doing so in a seven-inning doubleheader against South Carolina in 2018. The Hogs also accomplished the feat on the road at Kentucky in 2016.

Arkansas has now won 10 games in a row against in-state foes, a streak which dates back to 2019. The Razorbacks have also won 14 consecutive midweek games since 2021, including all six of its midweek contests this season.

The Razorbacks look ahead to hosting LSU in a three-game set this weekend at Baum-Walker Stadium. First pitch against the Tigers is set for 6:30 p.m. Thursday, April 15, on SEC Network+.

Game 1: Arkansas 15, UAPB 0 (7 innings)
Arkansas came within one out from firing its first no-hitter of any kind since 2017, but the Hogs ultimately settled for a combined one-hitter in their 15-0 win in game one of the doubleheader. It marked Arkansas’ first combined one-hitter since doing so against Western Illinois on March 12, 2019.

Starter Kole Ramage sat down all nine batters he faced in his three perfect innings of work, striking out five in the process. Elijah Trest twirled two hitless innings in relief of him, fanning three and walking one before giving way to Issac Bracken for the final two frames.

Bracken retired the first five batters he faced before allowing a two-out single to break up Arkansas’ no-hit bid. The right-hander, however, retired the very next batter he faced on one pitch to secure the Razorbacks’ 15-0 victory.

Arkansas’ offense, meanwhile, scored runs in every inning of the ballgame, including seven in the fourth, to put the game away early. Brady Slavens, who was one of four Hogs with multiple base knocks in game one, led the offensive onslaught with four hits, including two home runs, and a career-high six RBI.

Game 2: Arkansas 6, UAPB 0 (7 innings)
The Razorback pitching staff also dominated in the nightcap of Tuesday’s twin bill, using five arms in a combined three-hitter to lead Arkansas to a 6-0 win.

Will McEntire earned the start and struck out five over three innings in his first outing since the 2020 campaign. The right-hander allowed two hits and issued three walks while holding UAPB scoreless.

Offensively, Slavens once again led the charge for the Hogs. He tallied two more hits and three more runs batted in, finishing his day with six hits, including a double, a triple and two homers, and nine total RBI to raise his slash line to .276/.339/.576 for the season.